‘Metronomics’ in Lahore: We may be heading for an ‘F’ 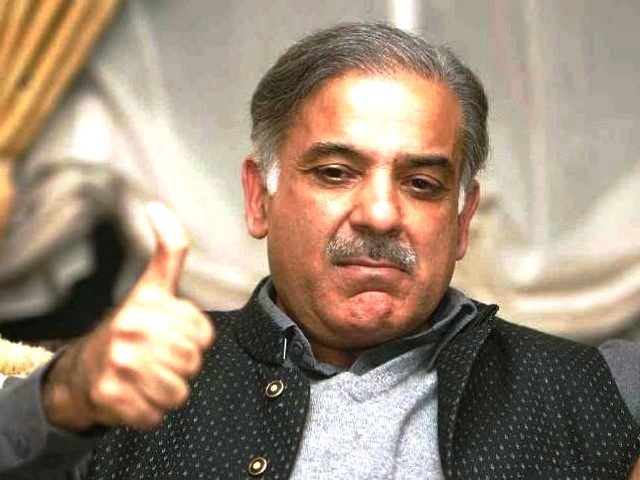 Undoubtedly, the train is a testimony to Shahbaz Sharif’s can-do spirit and his knack for striking lucrative deals.But the minister needs to realise that he is the in-charge of Punjab – not Lahore’s mayor or minister for transportation. PHOTO: FILE

What brings economic progress to a country? Social scientists have argued for good institutions, trade-suited geographical placement, favourable climatic conditions, cultural homogeneity among a country’s peoples, and – lo and behold – even their superior genetic makeup. Yet, no sociologist has suggested relegating the laws of economics to history’s waste bin.

Endowments of nature (such as those listed above) are important indeed, but their apt utilisation (good economics) is much more important.

Fiscally speaking, any new project a public official decides to pursue needs a thorough pre-evaluation by experts. Economists have tools to compare a given project’s usefulness to other potential ones. However, things in Lahore seem to be following a different course. And the latest metro train is a case in point. If an economist were involved into the evaluation process, they would have asked at least three questions to begin with.

1. Will the train positively impact economic efficiency? Will it contribute as much to the national production as possible for as little as manageable?

2. Will it result in a fairer (re-) distribution of wealth; that is, greater equity?

3. Will it be sustainable? What will the project’s effects on environment be?

“…several transportation investments can be wealth consuming if they merely provide convenience… or service a market size well below any possible economic return with, for instance, projects labelled ‘bridges to nowhere’. In such a context, transport investment projects can be counterproductive…”

The key word here is ‘counterproductive’.

On the other hand, simply laying a few roads or a rail to the coal sites of the country could unlock precious treasures of energy. Mechanisation and technical advice in agriculture, similarly, could as much as double the per acre yields in majority of the country’s farms.

Travelling at a greater level of comfort at a relatively lower price will be a good measure of the equity effects of a train. As the metro train is set to serve the affluent and the less provided for areas of the city equally, there is hope for a slice of comfort for the poorer segments too.

But was Lahore the most in-need city?

Cheema et al. (2008) found Lahore to be among the richest districts of Punjab already. Southern Punjab has the highest proportion of poorest households in contrast – and poverty there is more intense than anywhere else in the province.

The money from China for this luxury train could have been channelled to support the poor women of Punjab. The government could have teamed up with an NGO to provide technical, marketing, and monetary assistance for export of pottery, handicrafts and other regional stuff foreigners find interest in. This would not only have improved private consumption, but human capital would also have risen, because women are likelier to spend on children than men – a fact established by many studies.

Lastly comes – the ever residual issue of – environment. As commuters switch from their own conveyances to the train, there is something in the argument of a lessening of noise and air pollution. These effects, however, would be meagre.

Some cons would inevitably be there. Already, there is quite a hullabaloo about the effects of the metro bus on Islamabad’s greens. There is little to believe that the environmentally conscious persons of Lahore will welcome the Orange line with arms wide open. They will definitely want to save their precious little trees.

Could investment in some other project be more effective? Take sanitation, for instance.

Over 93 million people (more than half the population) in Pakistan don’t have access to adequate sanitation. Over 40,000 children die of diarrhoea every year. In the Northern and Central Punjab 79% water sources of the functional Water Supply Schemes (WSS) are not safe for drinking purposes, with biological contamination present in all water samples. Come Lahore and there is evidence of ‘alarming’ water contamination, imposing a threat to human – especially children’s – health (Hamid et al., 2013).

Undoubtedly, the train is a testimony to Shahbaz Sharif’s can-do spirit and his knack for striking lucrative deals. We appreciate him for that wholeheartedly. But the minister needs to realise that he is the in-charge of Punjab – not Lahore’s mayor or minister for transportation. Bearing a broader vision could have more far-reaching effects than over-and-over-again investments in roads, rails and bridges. In view of this, any upcoming project should be based on objective evaluation rather than reverie.

A graduate of the London School of Economics where he studied Political Economy of Development. He holds interest in Sufism, languages, alternative medicine, and farming among other as varied things. He tweets @Masood_U (twitter.com/Masood_u)

What happens when NGOs are not free from political influence?

Agriculture is our golden goose; don't kill her, my dear Industrialists