What if there was a blanket ban on advertisements in Pakistan? 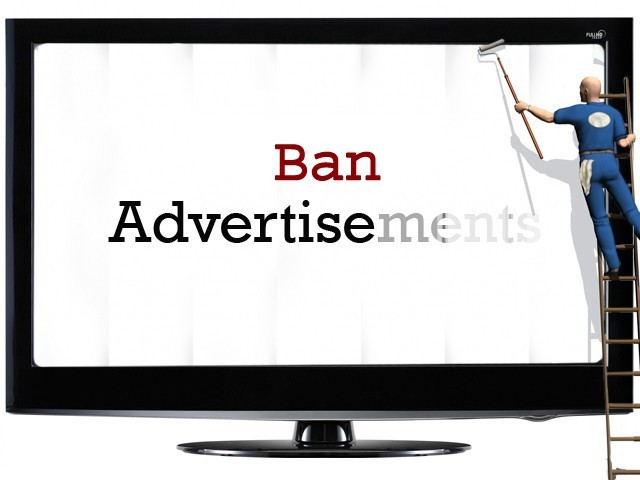 Since Pakistanis have lesser money to spend, lesser advertising would definitely lead to lesser prices.

Everywhere we turn, all we see is advertising; on the television, the radio, newspapers, magazines and social media. What with all the hoardings everywhere, buildings are no longer recognisable. Motorists are continuously bombarded with blown up images of different products and photoshopped models, trying to get them to pay attention to what they’re selling instead of what is on the road in front of them.

And just when we began to think that the giant, teetering, 3D monstrosities on our billboards were the limit, advertisements started to grow, like mushrooms, on green belts, dividers and roundabouts, and hang like bats from street lights.

You would expect that, with all the competition, advertisers might be a little more creative. But all ads follow the same boring formats with the same cheesy lines. You have the housewife adverts for cleaning products, the music video commercials for eatables, the ‘this-is-how-the-upper-class-lives’ adverts for gadgets and appliances and the wedding/mehndi dance number ads for everything else in between.

When a particular company does come up with something original, it is immediately copied by other brands, often with limited success. The only thing that competition seems to affect is the budget for these advertisements. Bigger, better and more elaborate sets and costumes are increasingly becoming the norm. Each advert must be longer than the last; it must have the kind of music that could easily win a Grammy and the kind of script that could get it into the Sundance.

While the sheer amount of advertising (about 20 minutes, at least, for every hour of television) is, at the worst, extremely irritating, the biggest loser in all this is you – the consumer. Imagine, for a minute, all the money spent in the creation of these ads, whether in print or other media.

Now, imagine a blanket ban on all advertising.

What will the companies do to attract your attention?

How will they get you to buy their products?

All that capital and nothing to spend it on.

I’ve spent a large part of my childhood in Saudi Arabia, a country with very little space of any kind for advertising. I don’t know how much may have changed now, but eight years ago there were almost no hoardings, a small selection of short adverts on local television and very little space to advertise in print. All of this, you must remember, occurred in a country where people had a lot of money to spend. So companies, literally, had to give things away. Special offers, sales, promotions, free samples, you name it.

It wasn’t just groceries (buy two one-litre tins of powdered milk and get a limited edition branded piece of glassware free, an entire carton of chocolate pudding with a can of cooking oil, six bottles of soft drink for the price of one, not being able to walk down a single aisle without having something delicious offered to you on a stick ); everything from branded clothes to shoes, hand bags and cosmetics could be procured, in seasonal sales, for as little as 75% of the original price.

In Pakistan, where people have lesser money to spend, lesser advertising would definitely bring about an increase in competitive pricing and better quality; at least, maybe not to the extent that I remember, but enough to make our lives a little easier. And television without ad breaks, that are long enough to make you forget what you were actually watching, would be bliss.