4 reasons “Edge of Tomorrow” was such a… fail 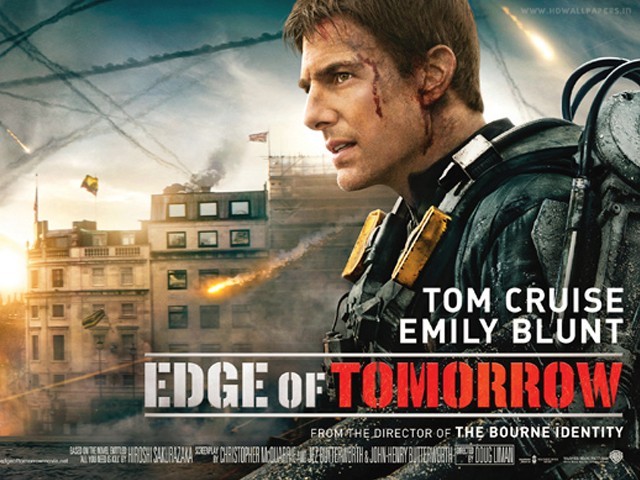 The overdose of action simply ruined what we think of action movies. PHOTO: REUTERS

From the day that the trailer for Edge of Tomorrow was revealed, it was surrounded by a buzz. With Tom Cruise playing the lead and the amazing visual effects, I was sure we were in for a mega summer blockbuster; in fact, the day the film was released in Pakistan, all the shows were sold out! That, in itself, seemed thoroughly promising.

Boy was I disappointed. There was absolutely nothing extraordinary about the movie, in fact, in my opinion, it lacked a power-punch packed script and failed to keep the audience engaged in the overall plot. Its slogan, ‘Live, Die, Repeat’ pretty much sums it up; that is literally all I thought was going on throughout. This big-budget Cruise movie failed for me and here are four reasons why,

The movie repeats the same scene so many times that after a little while, I couldn’t take it anymore. Halfway through the movie and I had lost all interest. Cruise’s dreams portray his future actions which he carries out once he wakes up – now, if remember correctly, Inception did something similar, but I do not recall being bored. Anyhow, so in the film he gets killed, wakes up from his dream and starts all over, dies and starts again; this cycle of waking up from his dreams and repeating the same actions again and again made the film unbearably monotonous.  Perhaps, the director thought this was a good way to get the movie to run two hours.

What is an action movie without Cruise’s stunts? Yes, I understand that we love the whole Mission Impossible persona Cruise carries with him, and I never thought I would say this, but sometimes, we really need to put a cap on the amount of action sequences permitted per movie; with or without Tom Cruise. The lack of a solid storyline stood out like a sore thumb in every (overdone) war incident, killing and terror scene in the film. Too much action and no content is one of the factors that contributed to this movie’s failure in my eyes.

Considering this was the next big sci-fi movie to hit the screens, the 3D effects were surprisingly average. With the advancement of technology and all that shebang, it was expected that such a big budget movie, famed for being 3D, would not only blow us away with the 3D effects, they would bring us things we had never seen before. Unfortunately, Edge of Tomorrow failed on both accounts.

4. What the hell was that ending?

As the movie came to an end, I thought, ‘this is it, this is where they make this all worth the while’ and then bam, fell flat on the ground. If I had known that this movie was about a US major who was going to turn all his ‘dreams into reality’ through an alien mission, I would’ve just stopped right there. I mean, where is the creativity?

Sadly, the weak ending was just the cherry on top of the cake. This movie, in my opinion, is not worth the time or the money, so don’t waste either on it. To sum up my experience, all I can say is, those are two hours of my life I am never getting back and I wish I hadn’t wasted them on this.

The writer is an enthusiastic blogger, story teller, compassionate writer and print media specialist. Her instincts for adventure seeking made her a graduate in earth sciences (Geology). She is currently the Co-Founder of HR Ways and is creating win-win situations with her entrepreneurial approaches

From Donut Burger to Waffle Chicken, 6 inventions at Karachi Eat 2018 that made it worth the hassle!

Is #UreinGe the right way to pay tribute to the Peshawar attack?