Déjà vu: The workers died due to suffocation 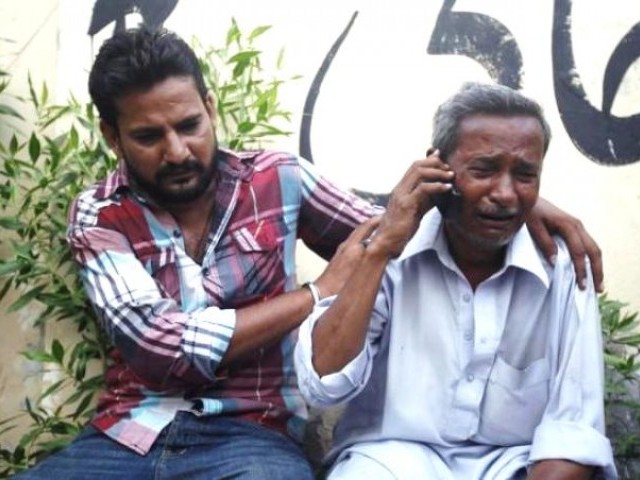 They were in contact with the families and with the authorities. They complained, protested and appealed, but no one listened to them. PHOTO: REUTERS

‘The workers died due to suffocation’ – this is not the first time we have heard news like this.

Two years ago, on September 11, 2012, when the garment factory caught fire claiming 259 lives and injuring 140. They called for help, screamed and shouted in agony but all in vain. The rescue forces didn’t get there in time. There were no fire escapes, fire retardants or safety measures. The doors were locked and the only unlocked door was on fire. One might think that they could have used the windows to escape instead but how could they? The windows were too small and barred with iron rods. They only had two choices – die of suffocation or burn to death.

But did the government care?

Did the government pass any law for the safety of its citizens?

Did the government do justice to the workers?

They too, called for help. They were in contact with the families and with the authorities. They complained, protested and appealed, but no one listened to them. They waited for their death in the cold storage room while families were praying for their safe return and authorities were busy doing what they always do – nothing. And as result of this negligence, they are dead.

The families of the deceased didn’t even get to see the dead bodies for the last time thanks to the authorities who did nothing; their bodies were unidentifiable. The corpses were so severely burnt that the identification was only possible through DNA tests. Luckily enough, the families identified the dead bodies with familiar marks and NIC’s otherwise lab tests would have taken up to three weeks to provide results.

Whether it was lack of safety protocols or negligence, the government is to be blamed. If they could not manage to do anything after the death of 259 people, I hardly believe they will be able to do anything now. Donating money, after the sole breadwinner of the family died, doesn’t count towards the betterment of either the families of the deceased or the nation.

The citizens of this nation are equally to be blamed for this act of terror and every other taking place. We live in a democratic country and if we can’t change anything or fight for our rights, then we are as responsible for our fate as much as the authorities are.

A journalist in the making. An ardent reader, who loves to explore different places and diverse cultures. Enthusiastic for a better Pakistan. She tweets at @abidishajia (twitter.com/abidishajia)

In Pakistan, we tackle gun violence by banning... art?