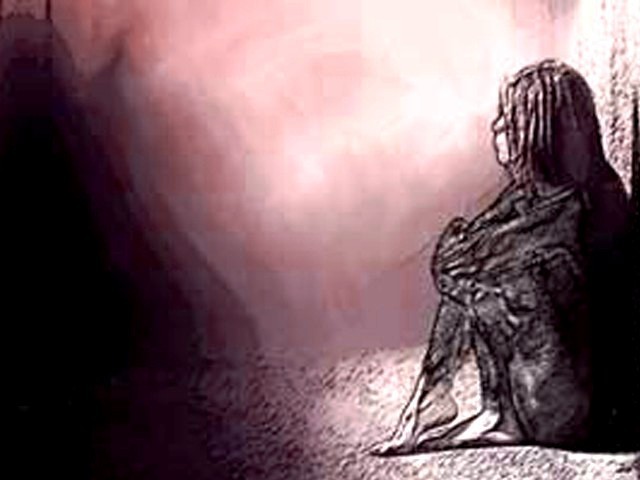 In the agonising, humid summer of Karachi, Sarah had to seek permission from her mother-in-law even if she wanted to turn on the air conditioner in her bedroom, which she was often denied. PHOTO: FILE

Whenever I see her, her eyes haunt me. The sadness in them is unspeakable and the horrors of her life, incomprehensible. She is young and beautiful yet her heart yearns for a minute of peace and happiness. She is Sarah*, a married girl who lives with her in-laws.

Sarah married into a family of four sisters where her husband was the only son.

Her three unmarried sisters-in-law cannot stand the very sight of her. They never speak a kind word to her, and always address her with stern and blank expressions on their faces. The very faces that smile at everyone else freeze at the sight of Sarah. When the family attends marriages and other events, Sarah is left behind. Although she is expected to be present before their eyes at all times (lest she retreats to her bedroom to rest), she is not allowed to participate in conversations. When she enters the room, the conversation halts and all eyes receive her with disdain.

One particular evening, some guests were over, and Sarah’s mother-in-law and sisters-in-law ridiculed her cooking in front of them, leaving her red faced.

But how could she ever confront them for the insult? How dare she?

Stern eyes watch Sarah’s every move. She is not allowed to stay in her bedroom, go out alone with her husband or visit her parents. At meal times, her plate is examined for the amount of food on it.

A few months into the wedding, Sarah became pregnant and this gave her immense relief, for she felt that perhaps an innocent new life would bring forth kindness and acceptance from her in-laws. But things seemed only to get worse. She was not shown any mercy in the first gruelling months. Her immense nausea was regarded as irritating, “a drama” and ignored.

She had to continue performing the household chores. Although a maid came in the mornings to clean the house, she was instructed not to clean Sarah’s room. In the agonising, humid summer of Karachi, Sarah had to seek permission from her mother-in-law even if she wanted to turn on the air conditioner in her bedroom, which she was often denied.

The months passed and one day Sarah felt an excruciating pain in her abdomen. She mustered the courage to inform her mother-in-law of the pain, only to be brushed off. By evening the pain had increased and she observed bleeding. Her husband took her to a clinic nearby where, to their horror, they were informed that Sarah had miscarried the baby.

After this incident, Sarah was sent to her mother’s house for a few months because the in-laws feared the neighbourhood would associate the miscarriage with their openly torturous behaviour towards her. When things hushed down, Sarah returned and so did the cruelty from her in-laws, with a vengeance.

Sarah comes from a lower middle class family. She must make the marriage work. She must suffer, day in and day out, by the very people who are supposed to be her ‘new’ family – people who are unbelievably nice with everyone else, except with their own brother’s wife.

Sarah’s is a true story.

My question to you all is this: when we love our own daughters with our heart and soul, how can we hate another’s daughter to such an extreme? Such cruel behaviour exists in many households across the country, more so with females hailing from weaker families.

When and how will things change?

And before you nod your heads in agreement or shake them in horror, look around yourself.

Is there a Sarah in your house as well?

*Names have been changed to protect identities