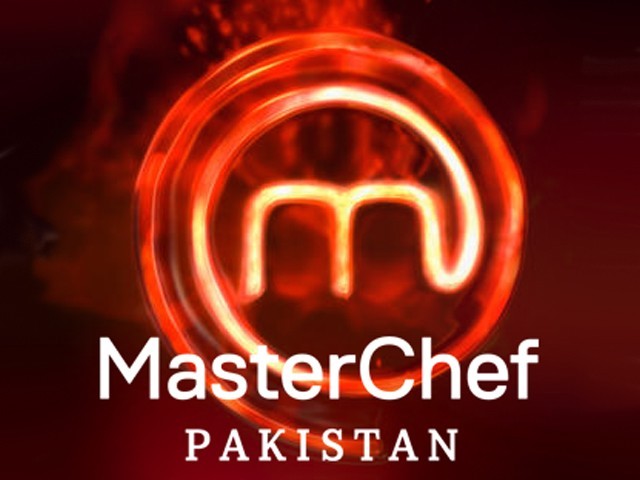 This is where Masterchef and other reality shows take the genre of cooking shows one step further. PHOTO: MASTERCHEF PAKISTAN FACEBOOK PAGE

An idea struck me while watching this week’s episodes of Masterchef Pakistan. The arrival of the Masterchef franchise to a country doesn’t necessarily reflect the inherent love for food in that society, but rather it is an example of a country’s television-cooking industrial complex reaching a certain level of sophistication.

Masterchef requires celebrity chefs and a television audience used to cooking shows. While the country’s media is still popularly associated with talk shows and famous anchors, cooking shows have quietly established themselves as mainstays of Pakistani TV, offering competition to both news and general entertainment.

When Chef Shae walked in as the guest on Sunday’s episode, she was instantly recognisable as one of several esteemed and celebrated chefs on Pakistani television. The point that I am making here is that slowly and gradually, cooking channels (for lack of a better term) have not only matured both socially and commercially in Pakistan, but that Masterchef Pakistan is a culmination of that maturity.

Saturday’s episode was an international cuisine challenge, with each of the contestants assigned various cuisines. The efforts of the contestants reflected the steady influence of other cuisines in Pakistan. Out of the cuisines on offer, Chinese dishes seemed to provide the least challenge, probably because of how long that cuisine has been desi-fied.

The next easiest cuisines seemed to be Italian and Middle Eastern, perhaps because these became popular in Pakistan around a decade or so after Chinese food went main stream. The biggest challenge though seemed to be Thai food, with several of the contestants expressing their concern in cooking that cuisine. Ironically, the otherwise safe choice of Pakistani cuisine fell to Saad Alavi and Azam Hafeez, contestants who had previously expressed their discomfort with local cuisine.

Yet eventually, it seemed the difficulties were an advantage. Amna Ashraf’s fettuccini was the only one amongst the safer dishes to make it to the top five.

Both Alavi and Hafeez’s qormas landed in the top five as did the Thai efforts of Sidra Kazi and Gulnaz.

Speaking of Gulnaz, the housewife from Chitral had already become one of the show’s most endearing characters, but this week made her a cult figure. First, her Thai dish won Saturday’s episode, with Chef Zakir’s gentle teasing about her decoration of a cucumber cut as a smiley face was not only great TV but also further proof of why the velvet-jacket-loving chef remains the most engaging judge, with the knack of bringing out moments such as these.

But it was Gulnaz’s tears on Sunday that really melted the hearts. Having won immunity in the previous episode, she was still adamant at doing her best on Sunday’s challenge, which was to recreate a dish by Chef Shae. When asked about her fervour, Gulnaz broke down mentioning how the other contestants felt she didn’t know much as a chef, a reference to a comment by Ashraf. As she explained tearfully,

(I know how to make everything; just don’t know their names in English)

Gulnaz’s tears also exposed an interesting tension in the idea of Pakistanis cooking gourmet food – in a nation with such gastronomic expertise, will the show be trumpeting those that could cook vilayti dishes better? That seemed to be the case in the first few episodes, but the show has done a very good job of finding a balance between desi and foreign expertise in its challenges.

And in a way, Chef Shae’s dish seemed to capture the idea of Pakistani cooking without having anything Pakistani in it. The dish itself had beef medallions, prawns, quinoa, a red chilli sauce, basil oil, julienne vegetables and a parmesan cup. It seemed to be a fusion of Italian, European, Latin American and Oriental tastes, and what I felt was truly desi about it was the level of indulgence and the fearlessness in bringing together such disparate tastes. After all, we love our food to be hearty and pleasurable to the extreme and the dish reflected that idea.

That idea of indulgence was also noticeable when the contestants were asked to make salads in the first part of Sunday’s episode, and Alavi’s mango, rocket and prawn combination appeared to be a worthy winner amongst a host of extremely varying Caesar salad(s). Alavi was also chosen as the winner when it came to recreating Chef Shae’s dish, but the purpose of that exercise was to choose the contestant who was meant to be eliminated.

The bottom five included Zain Rasheed, Muddasir Elias, Mariam Nida, Khuram Haroon and Ashraf. Rasheed’s graph seems to be on a downward slide with him breaking down in tears in Saturday’s episode and failing to improve the next day. Nida was in the bottom five yet again, and yet somehow she escaped for another week. The contestant who eventually got eliminated was Elias. The Karachi-based manager had only just come into his own as a character as Saturday’s episode had an interview with him speaking of his pride in capitalising on his parents’ efforts to land a ‘white-collar job’ for himself. His elimination soon after felt a little abrupt since he had been one of the few cooks who had barely been noticeable till then – having not been good enough to be in the bottom and yet not bad enough to be in the elimination stakes.

What has also been interesting to note is that the initial frontrunners – Rayyan Durrani, Madiha Khalid and Ammara Noman have all had some quiet weeks, suggesting that the competition has become more even as the show has gone on.

Chef Zakir’s trolling (for lack of a more appropriate term) must be grating for Durrani, whose interviews have implied as such, but it has become one of the show’s fascinating subplots.

Ultimately, that is where Masterchef and other reality shows take the genre of cooking shows one step further. Along with the learning of recipes and watching of delicious foods, it adds the sense of narrative, character and even plot to these shows. In doing so, it also gets across how food-based television in Pakistan has come of age.