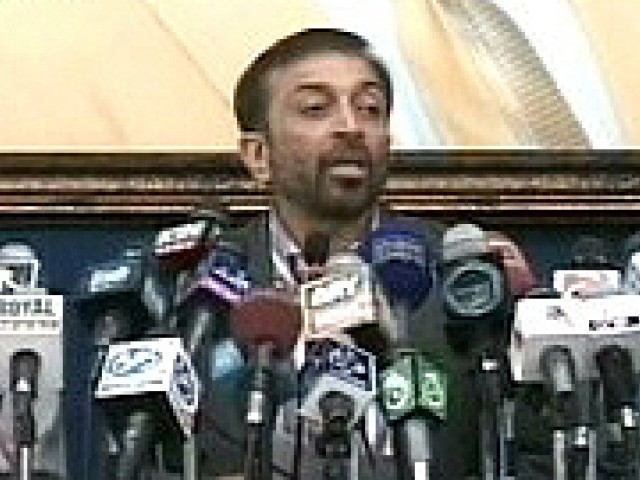 MQM leader Dr Farooq Sattar has blamed the ANP for the violence in Karachi. Could a third party be responsible?

In the 2008 elections, the ANP came into power in Khyber-Pakhtunkhwa and won two seats in Karachi. Since then, the party has been under attack from the Taliban. The Karachi police has managed to nab hundreds of Taliban activists who were either hiding in the metropolis or gathering funds for their ‘cause’.

Reports about the arrests of the Taliban, including the Afghan Taliban, have been regular. Just last month, Taliban operatives responsible for logistics and finances were arrested by the CID Karachi and are now in custody. The most famous arrest was of Mullah Baradar.

An average of 20 kidnappings occur in the city on a daily basis, with ransoms of  up to Rs2.5 million demanded each time. Some incidents have gone wrong and the kidnapped victims have been ruthlessly killed to ‘send a message’ –which is what the Taliban do best.

There have been frequent suicide and bomb attacks in rest of the country, yet Karachi has remained relatively safe, except for a few explosions which mostly targeted minorities. The Taliban rarely claimed responsibility for these attacks, instead similar extremist militant groups, such as Lashkar-e-Jhangvi, came forward. Maybe the Taliban are worried that they will come into the limelight if they hit the city with remote bombs and suicide attacks and face the possible repercussions of a clean-up operation, or perhaps even drone attacks.

For decades, Karachi has depended on valiant Pakhtuns for protection. Many people in Karachi will trust a Pakhtuns more than ‘their own people’ and are comfortable having them as guards, drivers or cooks. Karachi depends on the Pakthuns, who are famous for Afghani/kandhari/tandoori naan, chapatti and the incomparable doodh-patti tea that only the Pakhtun from Balochistan know how to make. There are also, of course, educated, liberal and progressive Pakhtun families living in Karachi, working with locals and contributing to the economy of the country. They are among those who gained the most economic benefits during Mayor Syed Mustafa Kamal’s administration when jobs for labourers and heavy machinery operators  were created.

What I fail to understand is why Shahi Saeed, the Sindh President of the Awami National Party, would say that the Taliban will not harm the ANP in Karachi. Every time a member of the ANP is killed, he blames the MQM and fuels the fire of ethnic politics. Is this because the ANP is the only party that does not have members of diverse ethnic backgrounds? Could there be a sinister motive behind the statement which even other ANP members are not aware of?

The MQM itself  says that it is no longer an ethnic party.  It has more Pakhtun members than even the ANP. An oft-quoted aphorism is that “All Pakhtuns are not members of the ANP, but all members of the ANP are Pakhtuns.” There is never an issue when tribal and militant groups in Khyber-Pakhtunkhwa are attacked by their own, but there is always a hue and cry when a Pakhtun is killed by drones in Waziristan, or by unknown attackers in Karachi.

An MQM MPA, who was killed last month, had won the Provincial Assembly seat by 89,000 votes. while ANP won less than 1,000 votes. The elections were pushed back to October 17, because of the shocking murder of Dr Imran Farooq in London. To nobody’s surprise, it was ANP that made the most noise about shifting the election date and calling for the military to supervise the elections.

There is a margin of around 80,000 votes and there is no way that ANP will be able to win the seat, even if they create a coalition with every Tom, Dick and Harry against the MQM. As Karachi casts its votes, I fear that the Taliban may once again take advantage of the situation and kill a few ANP members in order to illicit a reaction against the MQM. As always,the nation will hold the MQM responsible for any violence in Karachi. The same people would never blame the ANP for any mishaps in Khyber-Pakhtunkhwa.

Are these double standards or racism?