In Pune: Beaten to death for sporting a beard 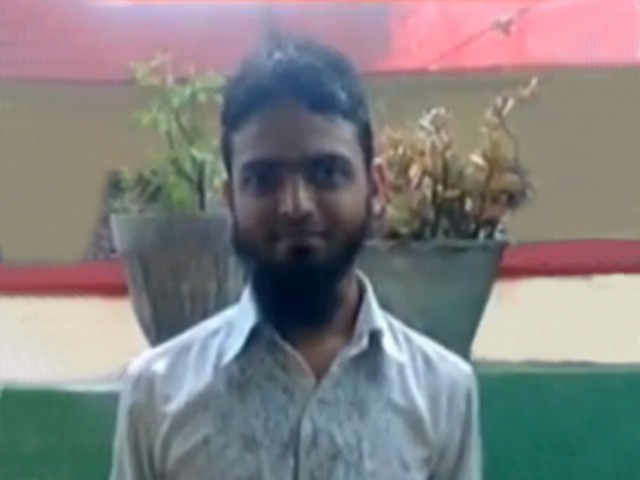 Mohsin Mohammed Sadique Shaikh, a manager in the IT department of a textile firm in Pune. PHOTO: SCREENSHOT

Five years ago, in 2009, I was in Pune on an assignment. There, I decided to stay with my college friend, a Muslim, for a couple of days, for I thought it would be a good opportunity to revive old memories and spend some quality time together. But, providence had something else in store for us.

On a chilly, dank night while returning from a rotisserie on my friend’s motorcycle, we were stopped by a group of seven people with saffron headbands worn around their brows, armed with clubs, hockey sticks, knives and above all, a flag of a Hindu nationalist political outfit in Maharashtra.

“Jai Shree Ram,” roared one of the zealots.

My friend and I looked at each other; we knew something was amiss. Just one month ago, on November 26, 2008, Mumbai had witnessed a spectacular terrorist attack.

In an amiable vein, I asked them,

“What do you want from us, bhai? Why have you stopped us?”

Thereupon, a tall, thin man with a cadaverous face stepped forward and asked my name.

He then turned to my friend, Ghulam Ali and asked him,

I knew it was a ticklish situation and required a tactful handling, as a slightest mistake on our part could prove to be fatal for us. Before Ali could respond, I retorted without batting an eye,

At this juncture, I showed them my identity card and entreated to let us go. They seemed satisfied with my answer; Ali did not sport a beard and looked like a Hindu.

“Can we go now?” I asked them once again.

The zealot turned around and murmured something to his fellow ruffians in Marathi.

By this time, he had worked himself up into a fine lather and retorted in a fiery vein,

“Indeed, you North Indians have snatched the bread and butter of locals who are the sons of the soil. Why do you people come in throngs to Mumbai and Pune to steal our jobs?”

“Because I thought Mumbai and Pune were a part of India. After all, we are all Indians first. Aren’t we? Besides, I have not stolen any of your jobs since I do not work in Maharashtra. I have just come here for a couple of days and I shall return to New Delhi the day after tomorrow,” I replied.

While waving his club, the zealot exclaimed,

“Nay, we do not want you North Indians in Maharashtra. Go back to your states or we will kick you people out of here. Verily, I think you’re lying. You must have come here to look for a job. What of your friend, Arvind? He is also a North Indian. Does he work here?”

“Yes, he works here. Now what do you want from us?” I asked.

To this, he thundered,

“Hand over whatever money you have in your wallet and we shall let you go. Else, you will be taught a lesson tonight.”

At this moment, the scales fell from my eyes. In a soliloquy, I said to myself,

“So much for India first.”

But for Ali, I would have resisted any attempt to rob us of our money. I had Rs 2,000 in my wallet which I handed over at once and moved off without wasting any time, lest they should find out that Ali was not Arvind. It was a close call, indeed.

But these are dangerous times. Mohsin Mohammed Sadique Shaikh, a manager in the IT department of a textile firm in Pune, was not as fortunate as Ali. Shaikh’s only fault, perchance, was that he sported a beard. The 28-year-old young man was beaten to sodden pulp with hockey sticks near his residence in Pune on Monday night by a group of people allegedly belonging to a Hindu militant outfit, namely Hindu Rashtra Sena.

As per media reports, the police suspect that Shaikh was killed ‘randomly’ after rumours spread over an objectionable post on Facebook; he had nothing to do with the controversy. Shaikh’s cousin, Salman said that the victim and his roommate were returning home on their motorcycle after picking up dinner.

“A gang of youths blocked his way near the lane just behind his house and started hitting him with sticks. While the roommate managed to escape, they bludgeoned my cousin with stones and fled. He was lying covered in blood for about 15 minutes. His brother rushed there and took him to a nearby hospital where he died during treatment,” he said.

A total of 13 people associated with Hindu Rashtra Sena have been arrested in connection with the cold-blooded, nerve-racking murder of the techie. Alas, our people have gone mad.

Prime Minister Narendra Modi had promised during his whirlwind election campaign that the people of India will witness ‘good days’ during his rule. He had said,

Is this the beginning of ‘good days’, Modi ji?

Do we deserve this?

At this juncture, my mind dwells on the words of Shakespeare’s character Cassius in his play ‘Julius Caesar’,

And why should Caesar be a tyrant then?

Poor man! I know he would not be a wolf,

But that he sees the Romans are but sheep;

He were no lion, were not Romans hinds.

Those that with haste will make a mighty fire

Begin it with weak straws. What trash is Rome,

What rubbish, and what offal, when it serves

For the base matter to illuminate

So vile a thing as Caesar! But, O grief,

Where hast thou led me? I, perhaps, speak this

Before a willing bondman;

Nay, we do not deserve this. Modi must make good on his promises. Let there be peace at any cost.