The curious case of drone strikes in FATA 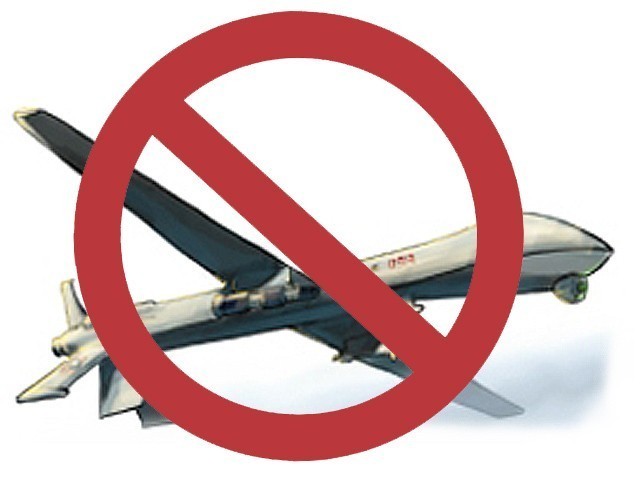 According to New America Foundation’s drone database, a total of 58 high profile targets have been killed in drone strikes – making up only 2% of the total casualties in 370 drone strikes. PHOTO: FILE

Peter Bergen – a US security expert on drones, militancy and Af-Pak relations – recently revealed that the United States may have finally ended its drone programme in FATA, Pakistan.

At least, this is how the media in Pakistan showed its surprise.

But Bergen was careful in his words and thus indicated towards a hold in these strikes and how it could, eventually, lead towards a total halt.

Bergen, an author and a journalist who also heads the International Security Programme at the New America Foundation, has for long been tracking and reporting on the US drone strikes. Thus, with his experience and background, his revelation could not be taken lightly.

But did the US finally cease its strikes in Pakistan for good? Indications and signs surely point towards a drastic decline, if not a complete halt.

Professor Brian Glynn Williams, author of Predators: The CIA’s Drone War on Al Qaeda, also believes that the CIA may have ended its drone programme in Pakistan, especially due to fewer HVTs (High Value Targets) left to be killed. Williams also believes that drones are precision tools that targeted and annihilated al Qaeda and the Tehreek-e-Taliban Pakistan (TTP) members, who not only killed on average 3000 Pakistanis per year but also killed a number of innocent Afghans in cross border attacks.

The last drone strike in Pakistan took place on December 26, 2013, soon after which the United States shifted its drone focus to Yemen and Somalia. You could argue that lack of HVT’s in Fata could have triggered this move but strikes on a number of unknown TTP and al Qaeda operatives in the past may weigh against this assumption.

According to New America Foundation’s drone database, a total of 58 high profile targets have been killed in drone strikes – making up only 2% of the total casualties in 370 drone strikes.

This creates a very ambiguous and weak correlation between drones and HVTs.

Moreover, on May 14, 2014, a drone strike targeted Taliban fighters near the Pak-Afghan border, though this was on the Afghan side of the border. Although, Afghan officials denied having any information on this strike, Taliban commander Qari Ziaur Rehman, while confirming the strike, also revealed that due to recent arrangements between Pakistan and the US, a number of militants have taken refuge in Pakistan, expecting no strikes on the other side of the border.

The proximity and location of this strike indicated that as long as CIA holds actionable intel, it will carry out a strike irrespective of the territory.

An unnamed senior Pakistani official was also hopeful that this long lull in drone strikes indicated towards an end to this campaign, and that no further strikes would take place inside Pakistan. However, it is difficult to determine whether the official was being hopeful or wishful.

Whatever the case may be, this lull in strikes could go down as one of the biggest achievements for Prime Minister Nawaz Sharif, who, in his election campaign, placed the halt to drone strikes among his top priorities.

In October last year, Nawaz informally requested the US to stop drone strikes in order to give the Taliban-Government peace talks a proper chance. With no strikes in more than five months, the TTP has lost one of the major rationales for its war against the state. This has further helped the Nawaz-led Pakistan Muslim League-Nawaz (PML-N) government to rally people against the TTP by creating an anti-Taliban narrative.

President Barack Obama, on the other hand, also seems to be working on a string of promises he made during his speech last year at the National Defense University in Washington.

One of his three promises featured scaling down the CIA drone programme and making it more transparent with an excessive focus on ensuring minimal civilian casualties, which was evident with no civilian drone casualties in 2013 according to the New America Foundation.

One could also notice that Obama’s latest policy speech on US troops in Afghanistan was also an indication towards a policy shift in US drone campaign, as by 2016, almost all US troops will be withdrawn from Afghanistan – leaving no bases or facilities to be utilised for the drone campaign.

With the future in sight, can one expect the United States not to carry further strikes in Fata?

Only time and confirmed presence of HVT’s like Ayman al-Zawahiri will tell. But even if the CIA drone programme finally concludes in Pakistan, it will leave a number of questions to be answered by Islamabad.

First, who, in Islamabad, allowed the US to carry out 370 drone strikes in the Fata region?

Second, with such a high frequency of strikes, especially from 2008 onwards, did the US and CIA have an active information sharing mechanism and agreement with Pakistan?

If no such agreement was in place, why did Pakistan hesitate to further its case on international legal forums against the US?

But even with all such questions in place, it remains a fact that the media, along with the political elite, created a one sided discourse on drones with excessive emphasis on civilian deaths, over the past decade. Even with limited access and total information blackout from Fata, views on the region and its complex issues, especially drones, were pretty generalised. And especially in the case of politicians, these generalisations were merely fuelled by sentiments of Anti–Americanism, coupled with an ill-informed rhetoric on tribal and Pakhtun culture.