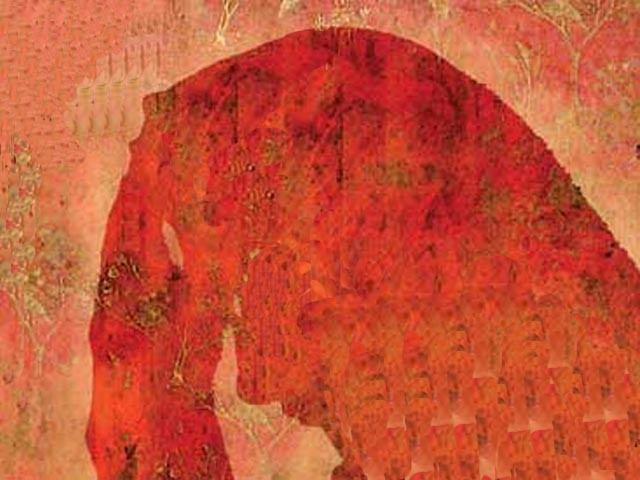 Vigilante justice in Pakistan, especially when it comes to issues pertaining to so-called religious matters, is unreasonably high. PHOTO: AFP

The recent incident of ‘honour killing’ has raised much criticism from activist groups both at home and abroad. The fact that this incident took place right outside the court of law (ironically the institution that promises to legally protect us all) and that too in front of an unwavering audience; truly shatters ones faith in humanity. What kills its last tether though is the very alert and apt police force present during this incident who refused to budge to the aid of this poor woman.

Such a disgraceful act demonstrated by our own police force should be severely punished by the court or any apex of the state. Not only should they be stripped off their uniforms but they should also serve time in prison for abetting such a horrendous crime. If anything, this should act as a precedent for future inert cops if not punish the already degenerate moral conscious of these men. But what precedent can a country like Pakistan set to circumscribe such future acts of violence and vigilantism?

This question is tricky to answer in a country like Pakistan, where fanaticism and male chauvinism are deeply embedded in the mind-set of the people. One cannot possibly identify the future perpetrators of such acts of violence, simply because it can be anyone. Whether it is your family brutally stoning you to death for choosing your loved one or your bodyguard shooting you in broad daylight for actively contesting against blasphemy laws, we are not safe from our own let alone strangers. Vigilante justice in Pakistan, especially when it comes to issues pertaining to so-called religious matters, is unreasonably high.

One can really argue if any of these acts of violence are even perceived as Islamic or not. Though Islam asks for stoning to death for committing unlawful sex after marriage, but it does so with the caveat that four male witnesses are to be present to witness the actual act of the intercourse itself to bear testimony of adultery. This as we all know is an impossible task to accomplish. This makes many think that maybe such punishments were introduced in Islam just as a severe admonishment and not to be practically implemented in the first place at all. These punishments are there to act as a deterrent and more as a pre-emptive measure in lieu of actually practicing honour killing itself.

The only practical way for this punishment to be performed is through the confession of the guilty itself. Even if so Islam strongly recommends that the adulterers keep this matter to themselves and repent and ask for God’s forgiveness. In either way, not only has honour killing been made practically impossible to demonstrate in Islam (by way of bringing forth four male witnesses) but it has also considered it as a last resort, with repent being the best possible option.

As a woman, a follower of Islam and a Pakistani, my characteristics in all three aspects could not have been more severely jeopardised in the light of this recent event. And as a human, this event served was a fatal blow to all those who uphold rights of human life as sacred. But foremost as a Pakistani, I am disturbed that something as brutal as this happened in my own city. The saddest part is that this issue will soon pass as well. Tomorrow, yet again, we will hear of another event in which another female was brutally raped or murdered in broad daylight with people passing by.

When will this end?

And most importantly, when will we start seeing that Islam supports the weak and the vulnerable, it does not oppress them as our society does. The answer is probably never. Not in the near future at least.

In a country where religious factions happen to be stronger and greatly outnumber the left wing and the liberals, change is an ever slow excruciating process. Not until this part of the world sees another Kemal Ataturk or Zulfikar Ali Bhutto rise to its aid. Till then, people will continue to misrepresent our religion and taint it further in the international media. And till then, bloggers like myself, with continue to write laments and obituaries for all those tortured by our misogynist culture.

Don't be fooled Imran Khan, this is not your revolution

Learning from the Indian elections, despite Modi's win