“Altaf Hussain has been arrested – get home, now!” 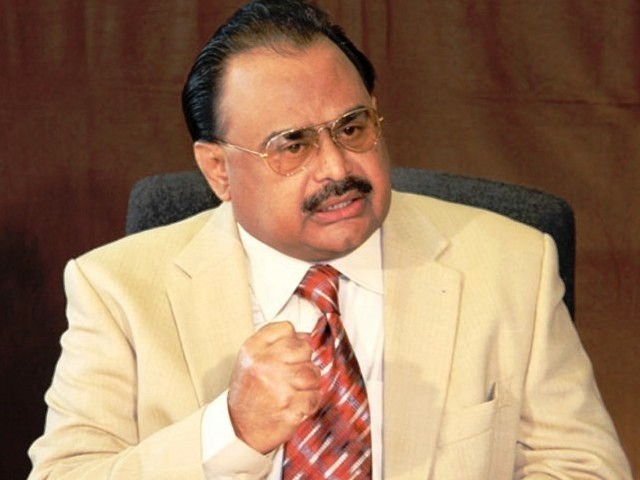 It was a regular weekday with the familiar hustle of an office facing tight deadlines. Some people had finished their lunch and were chatting over tea about the upcoming football world cup. Others were just about to tuck into their food and planning out the post lunch work plan. A colleague broke the news, the possibility of which had been discussed in hushed tones many-a-times. Breathlessly she spilled the words:

“Altaf Hussain (Chief of the MQM Party) has been arrested!”

All was left aside and everyone started checking social media for updates. Some turned on the news on their laptops. Others started making frantic calls to friends and loved ones. The conversations were terse and along these lines:

“Have you heard? Where are you? Are you ok? Please rush home and call me as soon as you get there”.

Staff was told to leave for their homes. Routes were checked and more calls made. Soon panic spread as the familiar bursts of close gunfire and ringing of cell phones became an accompanying refrain to our frantic conversation.

Most of the staff had left and I was alone in my space. The support staff looked more worried than others. They had bus routes to consider and many had come by public transport.

“Are they burning buses?” a tea boy asked me.

I didn’t know what to say but gave him some cash for a rickshaw.

“What will happen now?” another asked.

As I saw a calm environment descend into chaos, I thought back to all those times the city has witnessed this; the riots, the curfews, the burning cars and the same conversations. I recalled May 12, 2007 when the city burned and the chief justice of Pakistan was detained at the airport. There was an exam the next day but all thoughts of studying banished as the count of deaths and destruction played out like a live performance of pure carnage.

I remember October 19, 2007 when my boss came to my desk and told me that Benazir Bhutto’s motorcade has been attacked on Shahrah-e-Faisal.

Today I repeated the same to my staff.

I remember December 27, 2007 when an evening news bulletin announced that there has been an attack on Benazir Bhutto in Rawalpindi.

“She’s been killed”, someone shouted.

The same panic, the same instructions,

I never could get home and spent the night at a friend’s house who lived nearby. The next three days were spent in fear as rumours flew about poisoned water in the supply line and mobs looting and burning all that came in their way.

“No, this is Karachi now”, was my response.

The picture was complete by now; closed shops, home bound traffic jams and the omnipresent and impending sense of doom. The financial market had reacted with lightning speed with the Karachi bourse plunging 780 points as panicked traders took sell orders from terrified investors. Such has been the pattern; breaking news reports a rush for safety, death and destruction accompanied by deaths.

Some people I know have become “preppers” and keep a hoard of essentials in their home in case the shut-down continues on for a few days.

“What if they cut the supply lines?” they ask.

This question would be suitable in a war zone but does not seem out of place here also. Parents plan their children’s school location in terms of how quickly they can rush them home in a situation like this. Others scrounge and save and disrupt their households to live closer to work places so they have a plan when their boss says,

It does not have to be a death or even a real occurrence. A few years back the rumour started that Dr Farooq Sattar has been killed. Pandemonium set in and was only quelled after major damage had already been done.

“Why are people reacting this way?” a newly arrived foreigner asked me on the phone in a defiant tone.

I thought back to a conversation I had with some Indian academics. They were contending that Bal Thackeray in his heyday held absolute power in Mumbai, never replicated by anyone before him or after.

“No political leader in the world has even come close in controlling a city”, a Delhi University professor claimed.

I told him that Karachi has some 20 million people, at least as large as Mumbai, and is shut down within minutes after a shut-down call by the MQM leadership. They were shocked in silence and conceded defeat. I told my foreign friend the same story and asked him to check the news. He was puzzled but then called back in a few minutes to say the same thing I have been hearing for years now and may hear for the times to come: Go home, now.