Tip me or do it yourself! 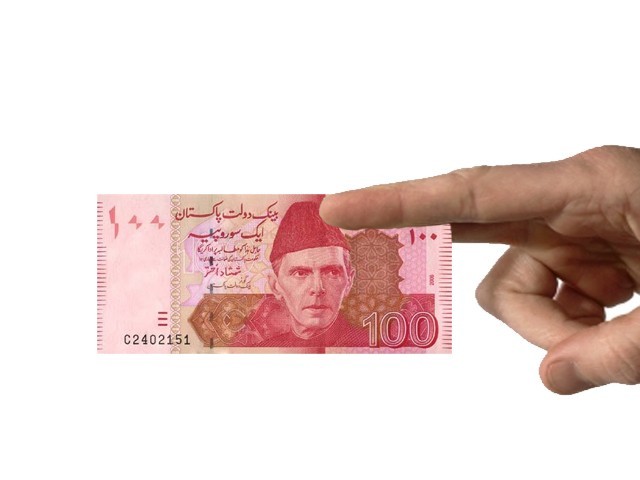 The influential and elite classes of our society are to be blamed for starting this tip culture.

(I enter the room repeating my ‘tip tip’ chorus; the guests will show up and tip me before leaving.)

I still cannot forget this eminent dialogue from Guest House, an old PTV drama from the 90s. The waiter and staff in the drama used to get tips from guests upon serving them. They did not consider it their prerogative to get the tip; it was requested and only given when the guest felt gratified with the work of the staff. The staff, however, would never get annoyed when gratuity was not given. This phenomenon was being practiced in real life too.

However, the situation has transformed altogether nowadays. This practice has spread in our society like a viral infection. Blue collar workers, whether they are sweepers, waiters, carpenters or car washers, consider it their right to demand a little extra amount in the form of a tip, irrespective of whether they have done a good job or not. It is no longer a token of gratitude but a prerequisite for good service. In fact, in many cases, bribery has been replaced with tips and this culture is gaining popularity day by day. It has become a norm.

The question is who is responsible for this culture?

The blame cannot be laid upon on one class or group of people. We, as a society, are equally responsible for promoting this culture and using it for our own personal gains without taking into account what it is doing our nation’s moral fabric. This was used as a shortcut to bypass normal procedures and as a means to appease poor blue collar workers to do their bidding. And the poor did so willingly.

“Hunger is the best sauce.”

This saying is very apt to the situation. After all, what else does a poor man need except money?

The tip culture has been a win-win for both the elite and the poor, and hence this menace continued to grow. In the beginning, it was only paid when a person or customer wanted to give it, but eventually, workers started considering it their right and began demanding it.

However, like I said, a particular class is not solely responsible for this. Our employment conditions and low wages also play a major role in the growth of such a culture. When a worker cannot meet the basic needs of his family with the salary he earns, he is forced to look for other means to fulfil his necessities. And asking for tips is perhaps the most convenient and legal way to do it.

Many feel that this is a trivial issue; that giving away money as a tip is not really a big deal. But in reality the situation is graver than one can imagine.

As it has become a norm to demand a tip prior to the performance of any service, those who cannot afford to pay the ‘additional cost’ for a service will themselves in trouble. Most of the times, in such cases, people find that either their work has not been done at all or if it is done, it’s not carried out properly. Workers are more interested in working for people who are willing to give them some extra cash. Not only has this lowered work standards, the accountability of such acts is minimal.

An example of this is, in the housing society in which I reside, the garbage collectors who are paid by the community as a whole, refuse to visit regularly to collect the trash. The one designated to pick garbage from my flat did not show up for three weeks despite my repeated pleas and complaints.

Every time I would see him, I would ask him to collect the garbage from my flat and, although he promised to do so every time, that promise never materialised. Upon sharing my tale of misery with some friends, I was told that in order to have the work done, I would have to give the man an extra amount of money in the form of a tip.

On my next encounter I requested him, one more time, to collect the garbage and, as per usual, he promised me to do the same within an hour. This time, I reminded him of his old but not so gold promises. Instead of feeling guilty, he responded to me in an annoyed tone that I was not the only person who required his services.

Acting upon my friends’ advice, I explain that I was willing to pay him a little extra to get the work done. And what do you know! All of sudden, a shameless smile crept up on his face and his eyes shone. He walked with me to my flat, picked up the garbage and then boldly asked for the promised tip. From that day onwards, he has been visiting my flat regularly to collect the garbage and his tip.

This case is not restricted only to me – in fact all those who don’t tip them have to face the same consequences. In order to fix this issue, I tried to talk to the community’s authorities and residents to address this, but no one showed interest. I am not sure what the issue was though, either they were all alright paying or just too lazy to do something about it.

The need of the hour is to discourage this growing trend at all levels. Moreover, the government and businesses should ensure that staff is paid well enough not to stoop to the extent of asking for a tip or extra cash. Their remuneration should include incentives and health benefits so that they work without the attraction of extra monetary benefits from particular clients. Those found guilty of being involved in such practices should be penalised.

This is not the kind of culture we want to promote in our country and make a difference we will all have to work together.

China can mistreat Muslims, but others can’t?

I am happy being single, don’t force me to mingle!

How the corporate sector turned me into a hypocrite

Spare a thought for the policeman