Why Lahore is better than Karachi today 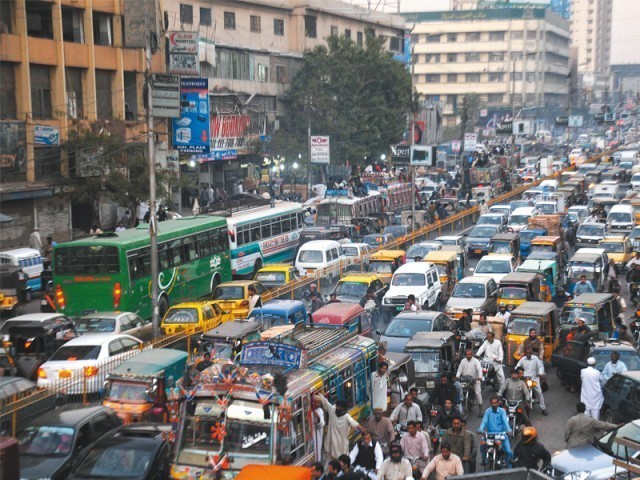 Karachi saw its renewed glory days under the presidency of Pervez Musharraf. For the first time, the citizens felt bonded with the city and its ways. There was an air of optimism and under the ‘I own Karachi’ program, for the first time in a long time, Karachiites came forward to beautify their city and contribute towards its uplift.

The two mayors, Mr Naimatullah Khan from Jamaat-e-Islami (JI) followed by Mustafa Kamal from Muttahida Qaumi Movement (MQM), did wonders and set the city on the path of progress and development. I personally know a number of expatriates who relocated back to Karachi in order to invest in its thriving economy. There was massive activity on the technological front and the citizens of this great port city had started witnessing a paradigm shift in the dynamics of their hometown.

However, things changed when Musharraf stepped down; elections were held and a political party, holding mandate exclusively in the rural districts of Sindh, came into power and had its aging political stalwart in office as the chief minister of the province. That’s when the actual decline of Karachi initiated.

Law and order took a nose-dive; local bodies system, which had done wonders for this city, was rolled back as corrupt and inefficient officers were ‘appointed’ rather than ‘elected’ to look after the sprawling mega-city. In those five years and this first year, since the recent elections, Karachi has suffered gravely at the hands of inefficient and unelected administrators.

Karachi is now a heap of garbage and boasts of unfinished and rolled back developmental projects. Without a proper local bodies system in place, the city has gone into the hands of looters and plunderers. Those beautiful bus stands that were built by Mustafa Kamal now portray a story of neglect. Green bus service, which was a sigh of relief for many commuters, was discontinued under the pressure of the transport mafia, and now in the absence of a proper mass transit system, ugly out-dated busses and unregistered Qingqi rickshaws are plying on our roads.

The water project, K3, was the last mega project this city saw. The Japan International Cooperation Agency (JICA), which provided technical cooperation and other forms of aid promoting economic and social development worldwide, pulled out of the Karachi circular railway project due to lack of interest shown by the Sindh government in clearing the encroachments along the track. With no solid waste management system in place, the garbage is lying out in the open. Tanker mafia is more powerful than ever before; they force water-deprived residents to buy the most essential commodity from them rather than enjoy uninterrupted line water supply, which is the basic right of any citizen.

In contrast to Karachiites, Lahoris enjoy a proper city life with the basic amenities and facilities available to them 24/7. Cleaner and wider roads, a proper traffic management system, relatively better law and order, the metro bus and the recently signed up metro train project that will start anytime soon. The difference is clear – Punjab government is sincere to its province while the Sindh government, with a six-year failed governance history, is still setting records of incompetence and is expected to make a mess of this city in the days to come. Local bodies’ elections are, therefore, badly needed before Karachi turns into a complete wasteland.