Learn from the BCCI, Pakistan, don’t hate on it! 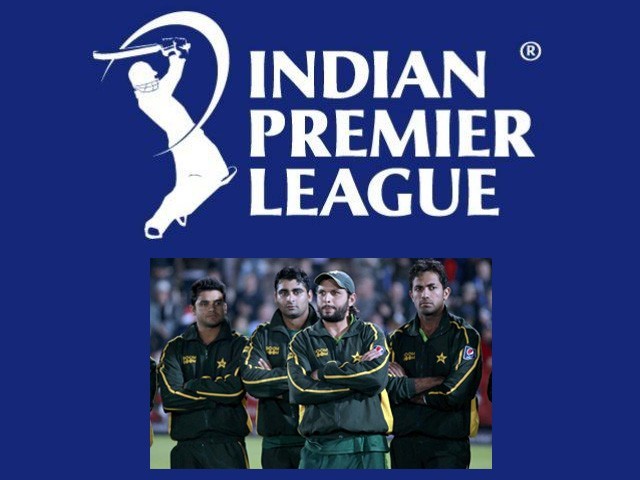 It is hard to look back at the debauchery that is Pakistan cricket and the success of the Indian board.

High school is all about hierarchy. You have the cool kids who set the trends and everyone else is a follower. And then you have the drama geeks, the science club and the kid with the braces and the asthma pump who watches as teams are picked and groups are made but he is left watching from the sidelines.

Welcome to the Indian Premier League (IPL), the Pakistan cricket team and the wonder of the Board of Control for Cricket in India (BCCI).

This year marks the seventh season of the IPL, six of which have excluded Pakistan. The BCCI has tactfully managed to provide security for our coaches, umpires and commentators but it is our players that somehow cannot be protected. Pakistan cricket fans went from boycotting the league to slowly accepting their fate, getting trapped in the glitz and glamour of the world’s most lucrative T20 competition. Like the popular kids who won’t share their lunch, we have grown to hate the league, to envy it, to desperately hope each year for our players’ inclusion. Where their stadiums are packed and their spectators ravenous and undying, ours are collecting dust and are withering away to nothing.

The idea of the IPL was brilliant. The manner in which it was executed was pure mastery. Even amongst a scathing cheating scandal that had the likes of MS Dhoni and Suresh Raina under fire, the BCCI managed to carry on in its usual fashion, the rest of the world joining in their dance with not a hair out of place, not a question to be asked. Such is the power of the IPL and it is becoming increasingly harder to deny it.

The BCCI must be applauded. Amongst their tags of bullying, the Big Three and corruption, they have managed to back themselves and be the dominant force in world cricket. The implementation of the Big Three essentially confirmed that money is power and cricket was not immune to this reality. When spot-fixing accusations were being thrown around, the Chennai Super Kings and Rajasthan Royals were brought into question – you saw the board fighting to safeguard their players, the league and their reputation. They may be a self-serving organisation but at least they look after their own.

The same cannot be said for the Pakistan Cricket Board (PCB).

The power struggle between Najam Sethi and Zaka Ashraf has turned the PCB into a laughing stock in the eyes of the world. Here today, gone tomorrow shenanigans have meant that captains, coaches, selectors and the chairmen have all been juggled every hour. Instead of choosing a chairman and appointing positions once and for all, courts are over ruling one another and former cricketers are sitting in with their opinions. Amongst the name calling and the cringe worthy change of policies every hour, it is no wonder that the rest of the world is unable to take us seriously.

We are masters of self-sabotage. In his very first move as the newly (God only knows for how long) reinstated chairman, Najam Sethi miraculously decides to be the messiah of international cricket in Pakistan. Jumping on the words of the Sri Lankan president, Mr Sethi invited the Sri Lankan cricket team to tour Pakistan, marking the return of international cricket to the country. While as a nation we may suffer from short-term memory loss, the rest of the world is less forgetful. Mr Sethi needs a reminder that as citizens of the country, we feel unsafe in our own backyards. What stadium, what city and what country should these Lankans descend upon and if they do who is going to protect them?

I read somewhere recently that Pakistan and India are not twins; they are the same person split into two. Perhaps that explains the level of rivalry and the constant comparison between these two nations. The PCB was the last board to accept the Big Three and instead of using their vote wisely as a bargaining tool, their final acceptance was a mere formality, virtually anti climatic. While the PCB is determined to shoot itself in the foot, the BCCI has marched on ahead leaving us behind. Summer long training camps that cut our player’s county stints short is not in their best interest. Constantly keeping the position of captaincy for the 2015 World Cup up for grabs does more harm than good. Inviting the Lankans to tour your country while you travel with an entourage of security and bulletproof cars is a death wish.

Being on the other side of the border, we miss the feel of packed stadiums, painted faces and different shades of colour. We lack leadership. We fear isolation. As the seventh IPL comes to a close, it is hard to look back at the debauchery that is Pakistan cricket and the success of the Indian board. Despite all the hue and cry, the league went off without a snag and the world turned a blind eye to the injustice of the matches being hosted in the UAE.

We are the kids with no lunch money. The scrawny dorks that are sent to the back of the bus. Perhaps it’s time to idolise the popular kids we love to hate. Injustice may be inevitable but it’s time to protect our own, to choose a leader, to learn from the BCCI and come to accept that this is India’s world now, we can either join the party or forever be the step children of cricket.