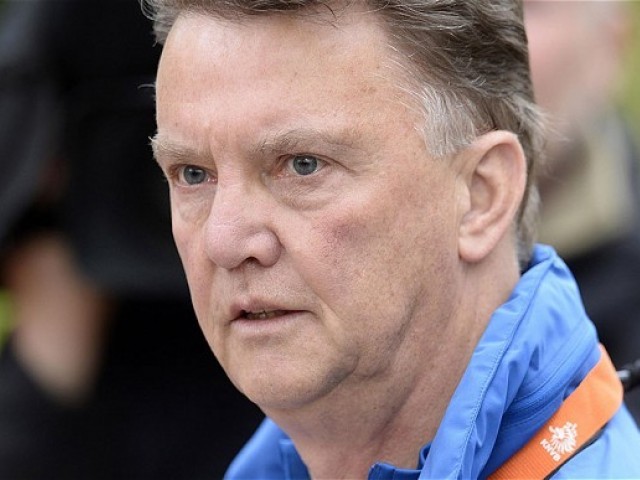 The Dutchman is known for his authoritarian personality, an emphasis on playing collectively as a team, a commitment to attacking football and his desire to give young players a chance. PHOTO: REUTERS

Now that the euphoria of Louis van Gaal’s appointment as Manchester United’s new manager has evaporated, it is worth assessing the scale of the task he has at hand.

After seeing the club encounter their worst run of form in a generation, the ruling Glazer family and executive vice-chairman Ed Woodward decided to sack the hapless David Moyes. After weeks of speculation of his appointment, Van Gaal was finally confirmed as the new manager on May 19, 2014. However, he has plenty of work to do to bring the recently displaced English champions back to where they belong.

What became evident in the final four games of the season, for which Ryan Giggs was made interim manager, was that Van Gaal will inherit a squad devoid of confidence. The swagger and self-belief of the Sir Alex Ferguson era has long gone; David Moyes’ passive football and cautious tactics saw to that. Under the Scot, the club played a pragmatic and dull style of the game, not seen at Old Trafford since the days of the late Dave Sexton (who was at the helm from 1977 to 1981).

The Dutchman is known for his authoritarian personality, an emphasis on playing collectively as a team, a commitment to attacking football and his desire to give young players a chance.

Indeed, his greatest achievement as a manager occurred with a largely youthful squad. Though the year of 1995 in football is usually remembered for the landmark Bosman ruling that resulted in the advent of free transfers, it is also significantly remembered for the remarkable achievement of the Dutch giants FC Ajax. The Amsterdam side won the UEFA Champions League with a squad that primarily consisted of young players, who were facing the seasoned stars of AC Milan in the final. Fittingly, the winning goal was scored by an 18-year-old Patrick Kluivert.

At Barcelona, over the course of two stints, the likes of Xavi Hernandez, Carles Puyol, Andres Iniesta and Victor Valdes were all given their club debuts under Van Gaal’s tenure. And at his last club, Bayern Munich, Thomas Muller, Holger Badstuber and David Alaba were all promoted from the youth system.

Van Gaal will, therefore, undoubtedly want to work on some of Man United’s younger players rather than simply buy players for the sake of making a statement.

Nevertheless, for this ailing and ageing squad, reinforcements are an urgent necessity. Attracting big names should be easier for the club under the 62-year-old than under his predecessor. High-profile players are more likely to play for high-profile managers.

Unlike Moyes, who had never managed a high-profile club and had never won a major trophy, when he took over, Van Gaal arrives at the club with league titles from Ajax, Bayern Munich, Barcelona and even the unfashionable Dutch outfit AZ Alkmaar. Therefore, luring big names should be easier for the club with Van Gaal.

Of course, the absence of Champions League football is sure to be a hindrance. Nevertheless, Luis Suarez with Liverpool and Ronaldinho with Barcelona are examples that top footballers can still sign for major clubs even without qualification for Europe’s elite competition for the specific seasons.

Apart from goalkeeper David De Gea, it has been a dreadful season for Man United’s large squad. The club’s creaking defence will not have Nemanja Vidic and Rio Ferdinand (a combination of 755 United appearances) at its heart next season. Their deputies, Jonny Evans, Chris Smalling and Phil Jones, are injury-prone and they do not strike fear into the hearts of opposition strikers as the former two. The Lancashire-based club is also in urgent need of a left-back, despite the renewal of Patrice Evra’s contract. Ferguson’s best sides were built on strong defences.

Additionally, Man United also possesses, arguably, the worst midfield of the top seven sides in the Premier League. Tom Cleverley has had such a forgettable season that an online petition was launched to ban him from the England squad. Between 2007 and 2013, the Stretford End did not witness the purchase of any central midfielder. United have long missed a midfield general since the abrupt departure of Roy Keane in 2005. While Ferguson was able to paper over the cracks, the deficiency of a box-to-box player like Chelsea’s Ramires was clear during Moyes’ tenure.

Van Gaal’s default formation is an essentially Dutch 4-3-3, although he has shown his flexibility by fielding 5-3-2 in the buildup to the upcoming World Cup with his Holland side. Van Gaal likes a midfield trio of fluid players that can pass the ball around and press the opposition. None of the current crop at United can offer that. Fellow Dutchman Kevin Strootman is a classic Van Gaal player. Ironically, he is known as the ‘Dutch Roy Keane.’

After years of being spoilt with unprecedented success and, above all, stability, Manchester United supporters have entered the real world of most football fans. A transitional period after Ferguson was expected, albeit not this bad. A club of Man United’s stature can only tolerate one year outside Europe’s elite. An experienced and successful manager like Van Gaal may just be the man to bring the team back to the top. But he will need to find the players who can strengthen a squad in desperate need of upgrading.