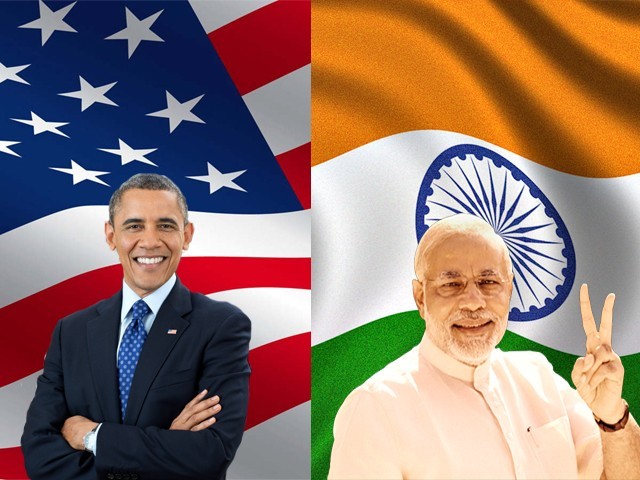 It will be interesting to see how the equation between Modi and Obama unfolds in the near future.

India’s image has altered considerably over the past few years in the eyes of the Western world due to the increasing influence with regards to global economic growth, steady consolidation with the international market economy, orientation of nuclear weapons, delivery capability of national defence strategies and effective introduction of new technologies of communication.

In order to pursue its interest of maintaining its status as a super power, America needs to sustain long lasting and strong relationships with India. By calling India a ‘very important strategic partner’, the US hopes the new Indian government will help in the sustenance of their ‘enduring partnership’.

The support and cooperation of India’s new Prime Minister Narendra Modi is significant for the US in order to meet serious security concerns like China’s rise, Islamic extremism, terrorism and nuclear proliferation. This is primarily due to India being a democratic country of growing economic and strategic importance in the South Asian region.

South Asia has presented itself as an area holding immense importance for the security of the US, especially after the September 11 attacks. Being home to both Afghanistan and Pakistan, this area gave birth to Al Qaeda. Since India is the largest economic and military country of the South Asian region, America perceives India as a road to peace in an otherwise violent and unstable part of the world. The two countries also share a common interest; eradicating all forms of terrorist groups, Al Qaeda and Taliban topping this list.

India has made huge contributions to help with this venture primarily by being the largest South Asian donor to the government of President Hamid Karzai. India’s extended help to Afghanistan has blended their interests further with America. The US hopes that both countries come together to help nations like Nepal, Bangladesh and Sri Lanka in combating issues of terrorism coupled with violation of human rights. Along with this, both countries also seek to restore democracy.

India’s actions have always caused people to hurl accusations towards them, blaming them for human rights violations in Kashmir. The US, like Pakistan, has always shown resentment towards these violations. With India’s rising status, and America’s status as the world superpower, such violations cannot be ignored. Considering the importance of the region for the implementation of its international security strategies, the US has a lot of work to do with the Indians with respect to Kashmir.

China, being the most powerful emerging economy of the world, presents itself as a threat at the regional level to India and at a global level to the US.

Bangladesh even made China a substitute for India as a trading partner. China also signed free trade agreements with Pakistan in November 2006 and is expected to become ASEAN’s biggest trading partner, leaving India virtually on the side lines.

According to the US, this emergence of China as a regional power is having an adverse effect on its own economy and security. They suspect the military growth of China and repeatedly demand clarity of strategic intentions from China. The prime reason the West considers China a major threat stems from its hegemonic status in world politics. They regard China’s policies as having ideological congruency with the Western value systems. China’s booming economy leaves no doubt in American minds that it will eventually attain the status of the world’s superpower; to balance this rising influence, the US would benefit from the presence of a booming democratic state like India on its side.

However, US President Barack Obama would have to have to overcome many hurdles for this to happen.

The first challenge will be to effectively combat issues like terrorism, nuclear proliferation and drug trafficking. It is important for both countries to realise that if they want to completely dissolve the above mentioned issues, they need to strengthen their relationship both economically and militarily. A major obstacle in the military cooperation is that most Indian military originates from the Soviet era equipment.

The second major issue revolves around helping India deal with its own prevailing domestic issues, education and agriculture being the most important ones. It is important to realise that it will be an arduous challenge to integrate India’s rural poor into global markets. India and the US, both, must find ways to converge differences on global trade.

Energy and environment is the third area where the two countries need to work together. India, traditionally, views global warming as an issue concerning the developed part of the world and hence does not like to take any responsibility for it. Instead, it holds the North accountable. If India wants cooperation from the US, this outlook needs to change. To some this may seem like a non-issue at the moment, but it is only after such issues are effectively tackled that this prospective partnership succeeds.

Also, let’s not forget that Washington revoked Modi’s visa in 2005 and that is one past that may be very difficult for the new premier to forget or forgive. And finally, the US and India need to work together effectively in the United Nations; the suspicious nature of both the states, with regards to their long term strategic intentions, will make this venture a major challenge. Not all the countries, in the region and globally, will support this alliance.

The author has completed her bachelors from NUST and is looking to encourage respect and value for all living creatures. She tweets as @ammarah_aftab (twitter.com/ammarah_aftab)

Give Pakistan a chance