X-Men: Days of Future Past is the best X-Men movie yet! 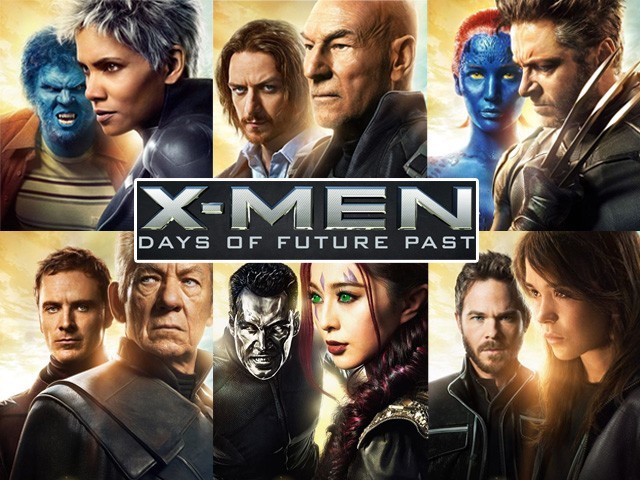 All in all, this is one fun film to watch, and while this isn’t a mind-blowing Nolanesque superhero flick, it’s definitely worth watching.

Many people are comparing the newly released X-Men: Days of Future Past to Bryan Singer’s previous trilogy, which had hit the screens almost a decade ago. This comparison is kind of unfair, since the same visuals and special effects couldn’t possibly have been present in the early 2000s. What can be compared, however, is their entertainment level. And was the Days of Future Past better than the X-Men trilogy? Yes, by a record margin.

The past few X-Men movies haven’t received the same international fame or attention as Marvel’s other movies have. Sure, The Wolverine did make amends for the lacklustre X-Men Origins, and the X-Men First Class served as a great prequel to the series but Michael Fassbender’s Magneto isn’t at the same level of popularity as Robert Downey Jr’s Iron Man. Even a box office comparison between X-Men First Class and one of the Avengers’ films highlights that X-Men had to do a lot to hit off the same way as the Avengers has.

However, that’s all in the past now.

The X-Men are back in the Days of Future Past, which is more thrilling and definitely worth-watching. And this time, those complaints of Wolverine being the centre of attention are all nullified. In fact, Hugh Jackman has been more or less pushed out of the limelight by the totally awesome Magneto and Mystique, played by The Hunger Games’ Jennifer Lawrence.

Also, while the latest in the X-Men movie has a strong continuity with virtually all of its predecessors, Mystique, in particular, gets a total revamp from the trilogy; while in the previous movies she’s basically nothing more than one of Magneto’s inherently evil pawns, in this part of the series she retains her Catwoman-like neutrality.

None of the mutants are really inherently evil, or simplistic in that sense this time around, and the conflict between Professor X and Magneto is not in their objectives but in their methods of achieving those objectives.

However, there are still some disappointments.

The older X-Men, like Storm and Iceman, get very little screen-time and since the conventional Cyclops and Jean Grey are dead in the series, it would’ve been nice to see more of the old faces do something more, other than just run away from the Sentinels. The Professor X of the past, played by James McAvoy, is incredibly unlikable, and isn’t very consistent with the honourable Charles Xavier of the First Class.

The amazing characters that were introduced in the First Class have been killed off-screen, in the interlude between First Class and Days of Future Past. Characters such as the fans’ favourite and Professor X’s rival, Emma Frost, played by Mad Men’s January Jones, have also been cut-off.

New characters have very little plot surrounding them, which could be a precedent for future films to build on. Peter Dinklage also makes for a dull antagonist, being a very shabby competition for other superhero villains like Loki.

There are plenty of allusions for die-hard fans to ponder on as well. Quicksilver, Magneto’s illegitimate son in the comics (which is only hinted at in the movie) is definitely a new character that stands out. His sister, Wanda, who will be played by Elizabeth Olsen as one of the heroes in Avengers 2 as the Scarlet Witch, also makes a cameo as a toddler.

All in all, this is one fun film to watch, and while this isn’t a mind-blowing Nolanesque superhero flick, it’s definitely worth watching.