Don’t worry Pakistani immigrant, the West will not treat you the way you treat your minorities 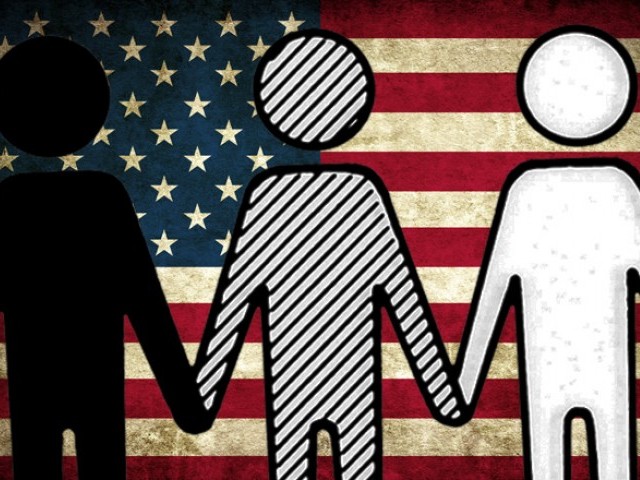 These cases must make you question what makes us Muslim folks so sensitive that we hatch up stories of great mistreatment at the hands of these evil Westerners based on the colour of our skin.

Migrating to a Western country has many perks. Considering Pakistan’s current situation, it’s quite natural for people to look for opportunities elsewhere, and migrating to a more developed country is usually one of the most sought-after solutions. Those who can avail it, almost always take the opportunity as soon as it presents itself.

So, it is disheartening to see some of those very people crying wolf on the smallest of issues and basing it on the religion they belong to or the country they originate from.

Here is an instance where I experienced such behaviour first-hand.

One fine evening, I bumped into an acquaintance of mine whom I used to know back in Pakistan. After exchanging cordialities, we started discussing about his stay in the United States so far. That was where the conversation began to rile me up. It went as followed,

“It’s really nice; it took me so long to finally get the visa. I love it here. However, I think the people here are quite racist,” replied Jamil*.

Jamil migrated to the US recently and is doing quite well for himself. Back in Karachi, he lived in a middle-class neighbourhood and attended an average school, just like the majority of the population. Being fairly smart, he  scored well in school and standardised tests, and after some efforts, received a scholarship to attend a good school in the US.

I thought Jamil must have been harassed by some locals or must’ve been verbally abused by the right-wing bigots. So I asked him worriedly,

“Did something happen? What makes you say they’re racist?”

With a hint of annoyance in his tone, he replied,

Thinking the guy must have yelled something really reprehensible, I inquired,

“Well, he kept honking at me and was quite angry and I think he yelled ‘go back’ or something to that effect. I’m sure he must’ve seen my beard and the fact that I was so close to the mosque, must’ve hated the fact that I’m a Muslim. All these people just hate Muslims”.

Disappointed with his response, I asked,

“Wait a minute, so you were running in the middle of the street?”

“Well yes, I had to, because otherwise I would’ve missed my Maghrib (evening) prayers” Jamil answered.

My agitation was boiling up now.

“I’m sure it’s pretty bad to be honked at but did it occur to you that he may have been angry because you were running in the middle of the street, where cars are supposed to be driven? Also, you think you heard him say something he might not have said; even if you heard it correctly, ‘go back’ alone is hardly racist. You’re assuming too much to make yourself feel wronged.”

Although there is a sizeable Muslim population where we live, Muslim culture is still not very well-known. So, assuming that a local person would know that some random guy running in the middle of the street is a Muslim just because he has a beard and that he must be going to a mosque for Maghrib prayers is not only preposterous, it’s a clear example of a bloated sense of self-worth.

Agitated with my answer, Jamil replied,

“Listen man, I know you’re all westernised and you like to brush all this under the rug to appease the goras, but I know racism when I see it. It was very insulting being yelled at on the road like this and I don’t take these things very lightly”.

This riled me up quite a bit but I held it in and in my attempt to reason with him I replied,

“You’re blowing this out of proportion. Sure, there are racist people here like everywhere else in the world but this was not an act of racism. Drivers here aren’t used to having people walk on the streets; that driver must have been angry seeing a guy doing that and thus, he honked and yelled. Besides, you can’t call everyone racist just because some random dude honked at you?”

Looking visibly furious, Jamil walked away without even saying good bye. I haven’t heard from him since.

Not too long after, I came across a blog by a similar gentleman residing in Canada, in which he labelled the entire country of Canada as discriminatory towards foreign students because a local newspaper refused to print his non-story. Just a reminder, his story was about him being called an ‘a*s#@|e’ by a bus driver. After being ‘verbally abused’, he filed a complaint with the bus authority against the driver. Now, if you assumed that the bus authority must have refused to accept his complaint due to which this gentleman felt discriminated against, then you are wrong. The bus authority accepted his complaint. So what went wrong? Why then did the author call this an act of racism?

Worry not, my friends, as you’re not alone in this conundrum. According to the author, this was an act of racism because the bus authority told him,

“We would not be able to tell you about the investigation and action regarding your complaint”.

Furthermore, as mentioned above, the local newspaper refused his request to print this story. This makes me wonder, what exactly did the author think the appropriate response by the authority should’ve been?

Should the authority fire the bus driver or fine him heftily? Or should they have made the driver apologise to the author?

And what should the local newspaper print regarding this story?

What he expected as an outcome remains a mystery. This cannot be termed as racial discrimination by any definition of the word; yet, the author was swift to call it racism just because his feelings were hurt.

Last year, a debate between Hamza Tzortzis and Physicist Laurence Krauss was held at University College London (UCL) in London, England. The Muslim organisers of this debate tried to enforce gender segregated seating for the event. The professor, a leading scientist and a prominent atheist, strongly opposed and threatened to walk out if the segregation wasn’t removed. The organisers eventually had to comply, even though the professor was termed ‘intolerant’ due to his ‘demands’.

UCL is a public university; public universities have to follow public norms and rules. They cannot apply rules that cannot be applied at any other public area. Since UK is a secular society, an organisation holding an event at a public facility cannot apply non-secular set of rules. But our Muslim brethren assume that they are entitled to receive certain privileges in non-Muslims countries which they themselves do not wish to extend to other non-Muslims living in Muslim countries.

These cases must make you question what makes us Muslim folks so sensitive that we hatch up stories of great mistreatment at the hands of these evil Westerners based on the colour of our skin or the beliefs we so sensitively wear on our sleeves. Why do we want special treatment for our non-stories by their news media, like the author of the aforementioned blog?

Do these (wishful) mistreatments by the West stick out like sore thumbs because we treat our minorities so admirably?

Is the West really out to get us?

Racism and discrimination are real problems faced by countless people around the world and we all know how Pakistan fares when it comes to treating its minorities – from a whole Christian neighbourhood being razed to the ground, to mass Hindu exodus and Hazara Shiite killings. Keeping Pakistan’s track record aside, this ‘vocal minority’, clamouring for special treatment of some kind, serves only themselves. They end up hurting people who are actual victims of marginalisation and are discriminated based on their race, gender, religion or any other conceivable boundary the human mind can think of.

We, Muslims, would do well if we realised a couple of things. Firstly, not everything that happens to us is because of our race or religion; sometimes we really do get what’s coming for us. Secondly, we would do well by promoting actual problems that exist, rather than trying to be a victim and playing the racism card. It just reflects badly on the rest of us.

*Names have been changed to protect identity