In search of Utopia and the self-imposed jump into eternity 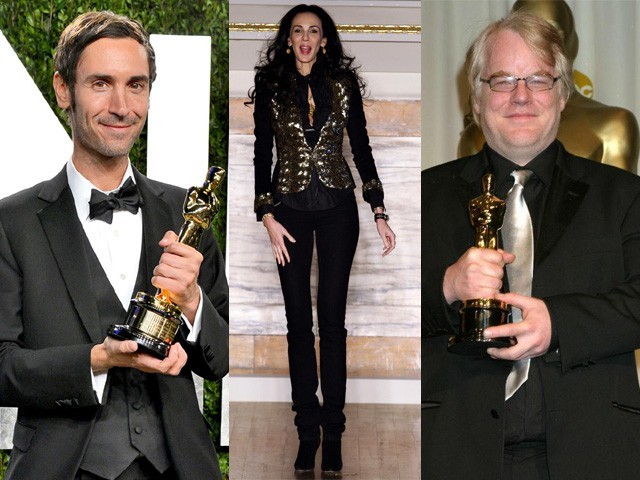 Malik Bendjelloul, L'Wren Scott and Philip Seymour Hoffman were the high-profile suicides of the year.

Newspapers and news channels churn out incessant news of killings every day – murders, suicides, self-immolation, accidental deaths, bomb blasts or acts of terrorism. It’s a pretty depressing start to the day that highlights how insignificant human life has become.

A mother of three killing her kids before setting herself on fire is unfortunately not surprising anymore. Economic pressures and domestic violence are immense burdens no doubt and not everyone has the will or courage to go on fighting.

But when successful people who ‘have it all’ call it quits that shakes me up. Directors, actors, fashion designers and other prominent men and women who we look up to as inspiration and who seem to be heading in the right direction. 2014 doesn’t augur well in this regard. Only a few months down, we already have three high-profile suicides.

Oscar-winning Swedish director, Malik Bendjelloul, 36, committed suicide in his Stockholm apartment on May 14, 2014. His documentary ‘Searching for Sugar Man’ won several international awards as well. His producer, Simon Chinn described him as,

“Someone who had charm, optimism and boundless energy and lack of guile… It feels like a bright light has been snuffed out.”

Philip Seymour Hoffman, 46, was found dead with a needle in his arm in the bathroom of his West Village apartment in Manhattan on February 2, 2014. The cause of his death is believed to be drug overdose. In a career of more than two decades, he has won many awards and recognitions, including an Oscar for his role in Capote (2005). He was declared as ‘perhaps the most ambitious and widely admired American actor of his generation’ by The New York Times.

Suicides then are not merely economically driven and a prosperous society is not necessarily a healthy one too.

Weary with the burden of life, everyone searches for an escape, a utopia of their own, but calling it quits is disquieting indeed. Alternatives need to be devised for people who crumble under pressure, anything to prevent this self-imposed jump into eternity. More attention should be paid to those friends and family members who seem increasingly reclusive or struggling under any pressure, be it emotional or financial, any tell-tale signs before they go completely over the edge. Faith and will power to struggle on despite the odds should be the only way for everyone.

While the complexities of the human mind have baffled scientists for ages, it is the power of meditation and prayer that has really come forth as a saviour from the inner turmoil of the mind. Since 2001, yoga has been in vogue in the US for its spiritual and physical benefits. According to statistics, its users have increased from four million to 20 million. With roots in Hinduism, Buddhism and Jainism, it strives to achieve a spiritual state of permanent peace in order to experience one’s true self. It is a powerful antidote to stress and leads to ‘profound mental, physical and spiritual awareness’.

As more and more people turn towards spiritually rewarding activities, perhaps the urge to end life will diminish. Yoga is just one of them, there are many many others out there – all you need to do is reach out and don’t give up.

The queen of hearts lives on... even today