Is the BJP good news for India? 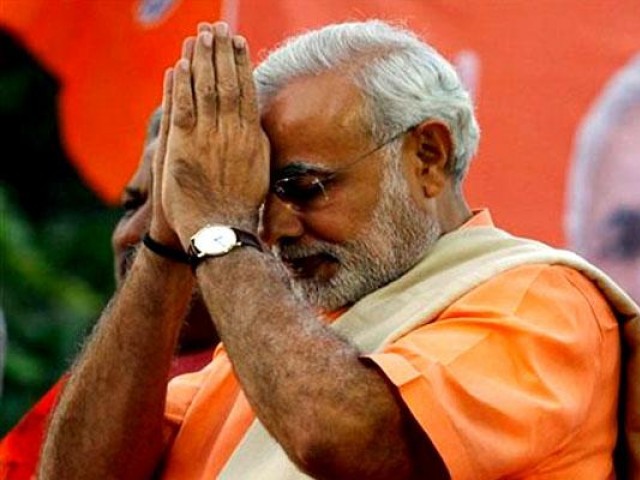 The very liberalism that India needs to take in to breath in its incredible diversity might be the first thing Modi decides to choke out. PHOTO: REUTERS

Notorious for being involved in the 2002 anti-Muslim riots in the Indian state of Gujarat, Narendra Modi’s victory appears to be a foreshadowing of the dark days ahead for anyone in India that isn’t part of the country’s overwhelming Hindu majority.

Modi’s party, the Bharatiya Janata Party (BJP), unlike the Nehru-dynasty run Indian National Congress (INC), is a devoutly Hindu party that wants Hinduism enshrined in India’s secular constitution. This is something that not only frightens India’s significant Muslim minority but also the liberals of Delhi and Mumbai.

This hype surrounding BJP is completely justified; in the early 1990s, a campaign by the newly formed party pushed for the demolition of a 16th-century mosque built by Babur, the first Mughal Emperor of India. Though it is unclear whether the narrative blaming Babur for destroying a sacred Hindu temple on the site of the mosque was actually authentic or not, the movement attracted swathes of religious Hindus, many to whom Babri Mosque represented the beginning of a Hindu decline and a ‘foreign’ occupation, and many who gladly took revenge for 400-year-old grudges by sparking riots that killed over 2000 people.

Likewise, the killings of 58 Hindu pilgrims in the Godhra train burning incident, in Gujarat, allegedly by Muslim raiders, in 2002, were enough to severe religious riots in Gujarat, now known as the Gujarat Riots. As investigations into the incident have proven, the BJP-led government was largely complacent towards the massacre; in fact, it has also been said that the party allegedly called on the police officials to forbid any action against Hindu transgressions, saying the Hindus needed something to ‘release their anger’ on.

This ‘something’ was the lives of over 2000 Muslims.

The BJP ignored the three days of death and destruction by claiming that,

“Hindus are frustrated over the role of Muslims in the on-going violence in Indian-administered Kashmir and other parts of India.”

Thus, the party effectively pinned the blame of the killings on Muslims themselves, instead of accepting any responsibility for the carnage.

Even today, the BJP maintains its severely Islamophobic credentials. The target killing of Muslims in Assam, in May 2014, was said to be a justified attempt to eradicate ‘Bangladeshi infiltrators’, even though ‘refugees’ from Bangladesh’s Hindu-minority are welcome by the BJP.

However, to claim that Modi and his party are the only ones responsible for creating divisions in India, and are behind India’s fervent Islamophobia, is unfair.

The Muzaffarnagar riots in 2013, albeit not as long as the Gujarat riots, happened under the governance of an INC-allied party and displaced 50,000 people – most of them Muslims – who by and large, were ignored by the state and are still displaced. The Golden Temple massacre took place on the orders of Indira Gandhi; the consequent anti-Sikh riots killed over 5000 civilians, most of them Sikhs.

The disappearance of 8000 Kashmiri men and women over the past years of INC-rule is still unaccounted for. While the INC can hide behind the guise of secularism and promise liberalism and security for India’s minorities, even its history is as tainted as the BJP’s.

The question is, though, will the next five years of the BJP mean the demise of India’s Muslims and liberalism itself, as many commentators are playing it out to be?

Will the rest of India’s minorities also become ghettoised as Gujarat’s impoverished Muslims?

The future does seem bleak for India’s Muslims, considering only 22 Muslim parliamentarians represent the 150 million Muslims of India. And while Modi and his party were voted on the promise of bringing an economic revival that will make India rival to the United States and China, the poor are not part of Modi’s ‘economic miracle’. Gujarat was always wealthy and Modi’s policies only made an already economically-sustained state better, and also more marketable to the electorate.

The INC-run Kerala, the highest ranked state of India by living standards, didn’t buy into the BJP-narrative and completely skipped the Messiah of Ahmedabad; but sadly, the INC didn’t know how to sell its ‘Kerala model’ to the rest of the public, the way Gujarat was presented, given its record defeat in this election.

INC’s lacklustre electoral campaign will cost India greatly and the very liberalism that India needs to take in to breath in its incredible diversity might be the first thing Modi decides to choke out.

CORRECTION: An earlier version of this blog stated that the Godhra incident had taken place in UP (Uttar Pradesh). The error is regretted and has now been rectified. Our apologies for any inconvenience caused.