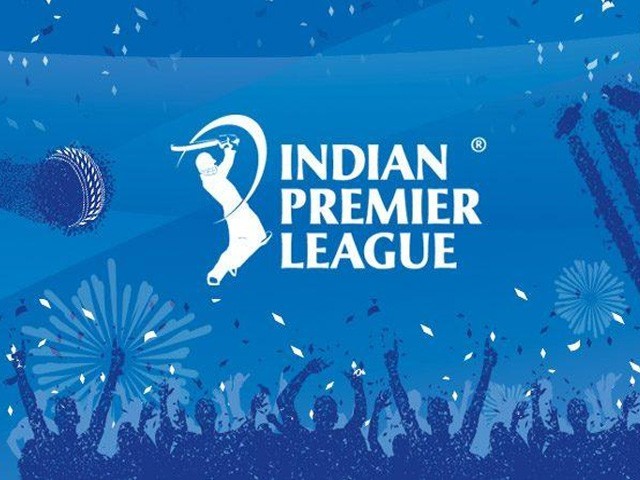 IPL offers nothing but shoddy cricket and no self-aware cricketer could fool himself into thinking that it is anything but a self-pleasuring exercise. PHOTO: IPLT20.COM

Every year, from around April to the beginning of June, I go on a hiatus from cricket. This includes shunning every cricket website and sports channel with the zeal of a politician shunning honest work and disabling the Cricinfo app on my phone and tablet.

At social gatherings and at work I religiously avoid conversations pertaining to cricket and if someone directs a cricket-related comment at me, I start to extol the virtues of the insect rather than the sport. This leaves the company rather befuddled considering that for the rest of the 46 weeks in the year, cricket is a regular fixture and a much loved, read, watched and listened-to topic of mine. This has been the case for the past few years and the reason for my sudden metamorphosis can be explained in one word, or rather one acronym – IPL.

The IPL, or in its full form the Indian Premier League, started off in 2008 and is now in its seventh year. The history of the tournament is complex and Machiavellian. T20 cricket is much loved now and has become almost synonymous with India but it started as a filler and, like the 50 overs and 10 overs game, was begat in England. The English and Wales Cricket Board used to host the Benson and Hedges Cup which ended in 2002 and needed another one-day competition to fill its place. The cricketing authorities were looking to boost the game’s popularity with the younger generation in response to dwindling crowds and reduced sponsorship. It was intended to deliver fast-paced, exciting cricket accessible to thousands of fans who were put off by the longer versions of the game and T20 cricket was invented.

The overseas cricketers playing in various counties picked up the game and by 2005 there was enough interest to start international games. The first match was on February 17, 2005 when Australia defeated New Zealand by 44 runs at Eden Park in Auckland. India was late to the party and did not play an international T20 till December 1, 2006. In fact, the Board of Control for Cricket in India (BCCI) took a rather dim view of the proceedings including the 2007 T20 World Cup which was derided by one BCCI official starchily asked that if there were 10 over matches will they have a world cup on that too?

Of course, all this was before Misbahul Haq played that shot in the final and changed the face of world cricket. A world cup win and India was awash with love for T20 cricket. A media company setup the Indian Cricket League which promised to take away revenue from BCCI who promptly banned it and started the IPL in 2008. Thus, in a span of a few months, India went from T20 sceptics to standard bearers and now, we have a yearly tournament that for all the colour and glamour is at its core a sporting take on the Lucky Irani Circus.

The IPL has so far seen umpteen sixes and close games but also scandals and charges of spot fixing and corruption. For the past few months, headlines in newspapers about IPL results have juxtaposed next to ones announcing the latest investigation into its sordid workings. The previous head of the BCCI, Narayanaswami Srinivasan, was removed from his post due to charges of illegal betting in IPL matches and his son-in-law is currently in jail for the same. The man behind the IPL, the once-mighty Lalit Modi, was fired in 2010 over ‘alleged acts of individual misdemeanours’ and was officially barred from participating in the affairs of the Board, the IPL and any other committee of the BCCI. The IPL has also faced sexual harassment accusations from cheer leaders and three franchises Deccan Chargers, Pune Warriors and Kochi Tuskers, have been taken off the roster for mismanaging their affairs. Cricketers have been charged with fixing and one of the main concerns for hosting the first leg of current instalment in UAE was the fear that there will be more match fixing and illegal betting.

One could argue that cricket itself is besmirched with charges of corruption. Be that as it may, cricket is, or at least used to be, governed by a set of rules that were agreed upon by members of the ICC. The BCCI first forced IPL into the international calendar and then on the basis of immense financial strength went to change the system itself. As the juggernaut rolls on, we see things like the ‘Big Three’ and new-fangled power constructs, all which will eventually kill off the golden goose, the fan base that keeps the ball rolling.

These issues could be tolerated, if not condoned, if it were not for the inanity of it all. How many times can you enjoy the sight of a batsman pummelling a hapless bowler on a pancake pitch that shines like a mirror under lights to the accompaniment of cacophonous music?

The fact is that the IPL offers nothing but shoddy cricket and no self-aware cricketer could fool himself into thinking that it is anything but a self-pleasuring exercise. Compare it to the Kerry Packer’s World Series Cricket (WSC) and you will see the difference. WSC had the best players from across the world compete against each other in a series of fierce contests of test and limited overs cricket. It was a great learning experience and several cricketers including Imran Khan have made statements about how it helped them hone their skills. It was also a great innovator and gave the cricketing world coloured clothing, night cricket and improved the players’ employment conditions. IPL adds nothing fresh and the only thing it can be credited with are inflated bank accounts and egos.

The last point is crucial. Players perform well in the IPL and build up their reputations only to see them fail on the international arena. Naturally, when international players go against local ones they do well, a classic case being the IPL’s marquee star Chris Gayle. In the IPL, his batting average stands at a Bradmanesque 48.93 but drops to 32.6 in international matches. Take recent performances and the difference becomes even starker. Since 2013, Gayle has played 11 international games with one half century and scored at an average of 23 even as he decimates all and sundry from April to June.

The case of other players is even more obvious. Kieron Pollard looms large over the IPL but has all but disappeared from the international scene and never could live up to his reputation.

In terms of teams, there is also no correlation between exposure to the IPL and international performances. Since the start of international T20 matches, India, the host country and chief beneficiary, has played 52 international matches with a winning rate of 59.80 per cent. One would expect that a country with dozens of players getting yearly IPL experience would be dominating the sport but the result is actually worse, albeit marginally, than Pakistan’s which has played 82 matches, most not even on home turf, and has a winning rate of 60.97 per cent in spite of having its players locked out of the IPL since 2010.

Pakistan’s case is unique as there are glaring inconsistencies. Pakistanis can be coaches, commentators, studio analysts, and umpires. The only thing they cannot do is play unless they have dual British citizenship. So the conclusion is that IPL does nothing for development of skills or the game itself except fill the coffers of a few and provide mundane and mindless distraction for some.

The organisers have no appreciation of the nuances, finesse and tradition associated with the beautiful game. Sixes used to be celebrations of power, a mind game for the batsmen and a foray into the other team’s fort.

After five hundred of them does anyone even notice?

Quick, who won the 2012 IPL trophy or was player of the tournament?

The long pause says it all. Business thrives in the subcontinent because of the appeals of spectacle, not sport. IPL is just that – a mind-boggling spectacle dressed up in cricketing gear. And even in this garb, it is at best a cheap Bollywood extravaganza and at worst a soap opera of flailing men and gyrating females. With the latter, one at least has the comfort that it will at last end in a happily ever after. Seeing the IPL trudging along with the pace of a snail crawling on molasses it seems my cricket exile will force me into the arms another sport.