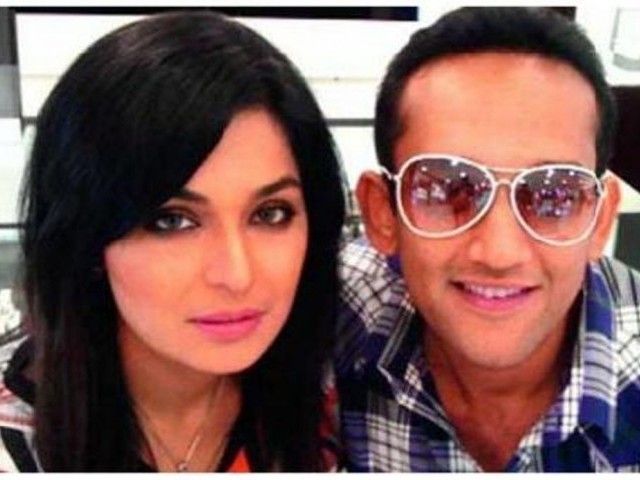 Meera has been in the news for all the wrong reasons; her every word is dissected, every move analysed and every action judged. So when an alleged sex tape with her now ex fiancé Captain Naveed became a collection in everyone’s mobile phones, the reaction was nothing startling.

Most blamed it as a desperate publicity stunt to nourish a floundering career and some empathised with the trauma the ‘leak’ may have caused to the couple. Mubashir Luqman dedicated a show on this alleged sex tape that added fuel to the fire. But debate on another pertinent question was absent in all this; is she not entitled to a private life? Does being a celebrity or a public face strip her of this right?

Now a few months later, history is repeating itself. Few videos of a Pakistani drama actress are doing the rounds. In one, she is video-taping a request to her lover to contact her. In others, she is using a certain food item for a purpose, it is not meant for. To clarify, I don’t condone the action. The name is also deliberately withheld out of respect for her privacy and to not repeat Mubashir Luqman’s mistake. Let us also not repeat the mistake of ignoring the same important question. Does this actress not deserve her right to privacy for something like that?

As has been proved, fame often comes at a price. Paparazzi lurk around like shadows, private data is hacked and phones are tapped. The News of the World saga is also a prime example where private space of 3000 international public figures was intruded to further corporate interests. Hugh Grant, Britney Spears and Sienna Miller were some of the many victims of this powerful tabloid until it was forced to pay damages and shut down. The last edition of News of the World newspaper goes on sale alongside other British Sunday newspapers in London July 9, 2011. Photo: Reuters

Perhaps it can be argued that public figures have only a limited right to privacy by virtue of their profession. Their relationship with the media and public is not exclusive of one another. Agreed, some public faces also use the media to bare a part of their private life to further specific interests. That then, the media and public may also have a right to infringe their private life, also goes without saying. Despite such circumstances, isn’t there a dire need to draw the line somewhere?

Is a couple’s privately shot sex tape entitled to disseminate until it becomes the subject of national debate and ridicule? Should acts carried out in the privacy of an individual’s bedroom become a public collectable, or topless pictures of Britain’s princess become front page jewels?

Clearly we have become entertainment starved people who want to explore and discuss the life of others. Add anything sexual and you have ingredients for a successful wildfire that may cost its victims their dignity and self-respect, but lots of steam and warmth for a cold, unfeeling society. The morality of celebrities is questioned for their documented and undocumented private acts. But are people who initially infringe their right to privacy to gather and spread such data for their vested interest above any scrutiny for their immoral act?

The case of News of the World reached its deserved end because of effective legislation and a speedy justice system. But it is the other way around in our part of the world. Arrest warrants are issued against victims who have their privacy infringed. In such a situation, there is a need to draw a line for self-censorship all the more. Everyone has skeletons in their closets and deserve to keep them hidden.