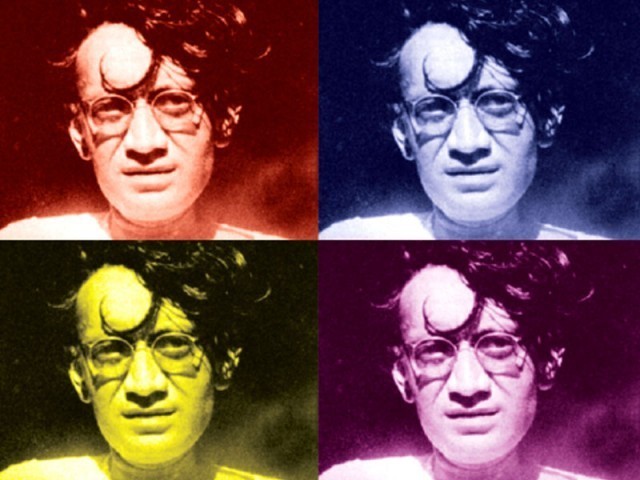 Manto was a household name for me, virtue of my mother being his daughter. PHOTO:File

Saadat Hassan Manto (1912-1955) is a name synonymous in the annals of Urdu literature. Considered among the greatest contemporary Urdu short story writers of the 20th century, he has left a legacy that stretches far and wide.

Manto’s greatest gift was his ability to depict the reality of society with such ease that he would leave the reader mesmerised and in utter awe. His attention to minor details and his signature style of description was second to none. Manto was a realist and a puritan who hated hypocrisy in every given way.

Manto was a household name for me, virtue of my mother being his daughter. The name of ‘Manto Abajaan’ echoed in my ears from a very early age. He was not someone for me to discover or look for, he was very much part of my conscience.

As an eight-year-old, I distinctly remember his readings being staged in the Goethe Institute by the Ajoka Theatre group in Lahore where now ChenOne stands alongside Hafeez Centre. Famous personalities like Uzma Gillani are embedded in my memory, reading stories like Tetwal ka Kutta and others on a sultry November evening echoing the end of the autumn season.

Having grown up in an environment where the mention of Manto was synonymous with Urdu short story writing, there was always a question mark in my mind over his writings being very controversial. I had all the access in the world to his books and was never stopped from reading his works whether in Urdu or English translations that followed in the early 1990’s to early 2000’s. I always wondered what made him so controversial and why a particular segment of society was vehement on calling him a ‘Fahaashi’.

Lacking a clear understanding as a youngster, I started reading his stories well into my early 20’s. It was then that I realised, the genius of the man and the wizardry in his stories.

As a reader, his writings projected the harsh reality of the society, which we now live in. I felt the intricacies in his writings were rather touching; his attention to issues that were sensitive in nature heralded the greatness of the man. Being termed a ‘Fahaashi’ was something very hard for me to digest, but with the passage of time I realised that he is a public figure open to criticism and acclaim. The more I read about him, the more I marvelled at his ability to foresee the future and the direct relevance he commands in every era.

I have always heard from my mother, that Manto was a very sensitive man, and his persecution and boycott by the literary masses and public at large did impact him. He was denied the right to earn a livelihood in a society that persecuted him for his writings that perpetuated the grim reality of society. The persecution and boycott did not stop Manto from unleashing his creativity and repertoire which was viewable in his writings till the very end.

Manto’s observation skills and directness of his language, while writing, were arguably second to none. A humanist par excellence barring his alcoholism, he was proud and arrogant in nature, which was a virtue of his talent. He never augured faith and beliefs into his friendships. Manto forged bonds with people from all walks of life, irrespective of faith, and examples of that are Ashok Kumar, Shyam and Pran.

Manto’s uniqueness lay in calling a spade a spade, and would not budge one bit from what he wrote.

Outspoken and brash in nature, this made him susceptible to attack from all quarters which as a result led him into trouble amongst the literary elite of that time. He was a rebel, who had formed his own niche of writing, and was unique in every given sense of the word.

The writer is a columnist and member of the Digital Rights Foundation. He tweets as @MohammadFarooq_ (twitter.com/MohammadFarooq_)

Chronicling Safia Manto’s support for a man who courted controversy