The charming Manuel Pellegrini knows how to deliver gold! 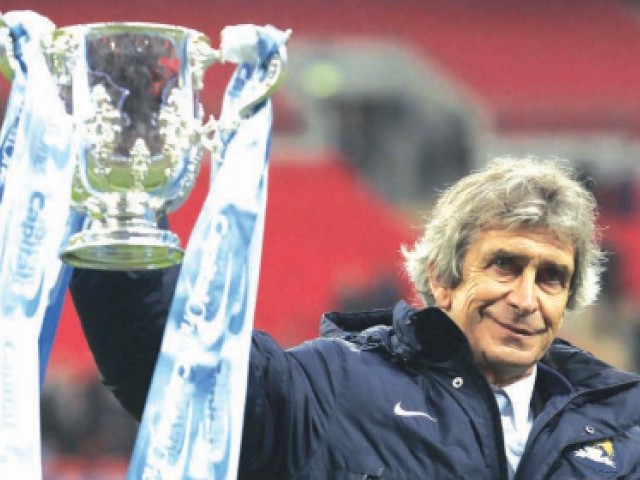 The Barclays Premier League has finally concluded with Manchester City FC being crowned as the Champions of England. They faced West Ham in their final match of the season and required a draw or win to bag the trophy. And they bagged it!

They did it with a mature and professional performance beating West Ham two goals to nil, thus finishing the season on top of the Premier League table. Over the next few weeks praise will be showered upon all the players and the management but, the one person who really was at the focal point of this successful campaign, was their manager Manuel Pellegrini.

Manuel Pellegrini took over as the manager of Manchester City FC after Roberto Mancinis’s sacking last year, following a disappointing season. The dressing room was in disarray at that time with numerous disputes between players. But Pellegrini instilled a sense of composure within the team, which was visible throughout the course of this year. He brought about an attacking style of football and stood by his philosophy, even when the results were unfavourable. His attacking style of football paid off, with Manchester City scoring 102 goals during the course of this season which is the second highest number of goals in any Premier League Campaign (the highest being 103 goals, achieved by Chelsea in 2009-2010).

Manuel Pellegrini is being thrown in the air by his jubilant players after Manchester City clinched the title. Photo: Reuters

The ‘Charming One’, as he is fondly referred to by City fans, played a huge role in the rising form of players like Samir Nasri, Edin Dzeko and Aleksander Kolarov. These players were rumoured to have been leaving the club but under the new management they were able to flourish and played an instrumental role in delivering the title.

His press conferences may not be explosive like that of Jose Mourinho’s or emotional like Brendan Rodgers’ but his unruffled demeanour proves that even a gentleman, playing defensive football, is capable of bringing home silverware in these modern times.

Nobody knows what the future holds but one thing is for certain, Manchester City has a gem of a manager who is determined to take the club to greater glory and laurels.

I wish him all the very best in all his endeavours!