My life with the fire-tipped devil 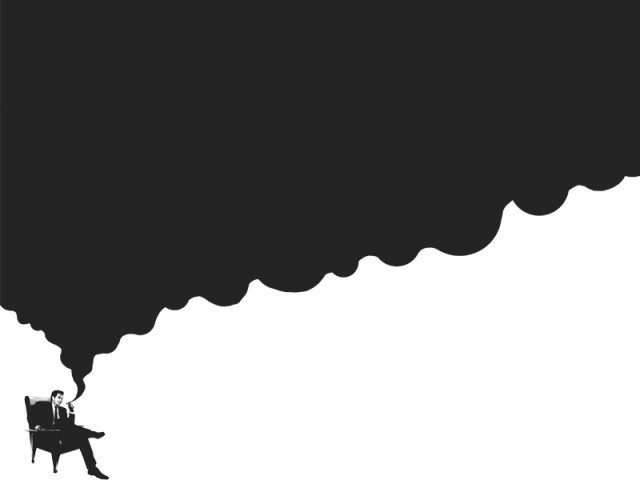 I felt the need to perceive myself differently. So I grew a thick, deep handlebar moustache. So when I look at the mirror, I no longer see the moron who nurtured such an irresponsible habit for such a long time. PHOTO: FILE

At what point does one call oneself a non-smoker? I myself have been guilty of premature declaration. I was told that I must publicise my attempts to quit smoking, thereby putting my reputation at stake. My ego would then kick in and do the needful. So I was told.

That’s why, the last 14 times I tried to quit, I told the world about it – initially via email. And then, as social media took over our lives, I posted and tweeted my way into shame and ignominy.

However, this time feels different; because it is different. Today, I reach my thousandth un-smoked cigarette. Meaning: had I not quit a while ago, I’d be lighting up my thousandth, since that moment right about now. And having put these 1000 un-smoked wrappings of crapolla behind me, I declare myself to be a non-smoker.

My closest friends know this to be a loaded statement. If you asked them to list out three actions that defined me, they’d say:

“He talks; well, he sometimes pontificates.”

These friends have held front-row seats to my addiction. Understandably, they stopped taking my resolutions to quit seriously. And each time I fell off the wagon and they shook their disappointed heads, I took refuge in my favourite rationalisations.

Here are the top four:

1) Cigarette is my constant companion – when I smoke, what I’m actually doing is introspecting, getting in touch with my deepest parts. In other words, I’m conversing with my soul.

2) Smoking enhances all other joys. Alcohol becomes more enjoyable. So does food and company and good news and birdsong. When I want to make a moment fuller, I smoke.

3) I can quit whenever I want.

4) I am bulletproof. I’m blessed with excellent genes and great luck. Smoking won’t harm me.

What’s funny and scary, simultaneously, is that I always knew these thoughts to be excuses. I even acknowledged this aloud. Yet, I held on to the rationalisations because I was terrified of the possibility that I might never ever be able to quit smoking.

This brings me to the reason behind writing this post. To talk about a lesson learnt.

Behind every piece of negativity or negative behaviour is a deep-rooted fear. When the fear is addressed, the negativity will disappear. I believe this to be true. In the presence of a great teacher who graced my life last year, many of my deep-rooted fears got addressed substantially. This included the fear that initiated and sustained my desire to smoke. Which is why, this time around, quitting feels different.

This time, I didn’t wait for inspiration, nor did I set an ‘auspicious’ date or insist on throwing a party to signify the ‘final sign-off flare’. Additionally, I didn’t worry about gaining weight, stocking up on sugar-free chewing gum or drinking five litres of water every day. I woke up one morning and told myself that I won’t smoke anymore. And I haven’t since.

Do I feel tempted? Well, of course.

On many occasions, I have felt the pull of the fire-tipped devil. I acknowledge the pull and say,

“Yes, Eshwar, it is fun to smoke. But that fun is fleeting. Whereas the many gains you are experiencing right now are long lasting.”

I guess what I’m trying to say is that I made two major changes once I quit smoking:

1. I was mindful of the vacuum the cigarette would leave behind. I filled it with: a joyous fitness regimen that includes treks, jogs, bicycle rides, weight training, free hand exercises, stomach crunches, stair-climbing and just plain simple walks, along with The Positivity Weekly, a newsletter that helps me stay focused and grinning.

2. I felt the need to perceive myself differently. So I grew a thick, deep handlebar moustache. The kind you might have seen in South Indian movies and labels of Mexican tequila bottles. So when I look at the mirror, I no longer see the moron who nurtured such an irresponsible habit for such a long time. I think, in the short term, having a different physical perspective helps. In the long run, of course, the mind makes up the games as we go along.

So here we are.

In just a matter of weeks, I feel that I have acquired the right to brag! Although I’m wary that one puff will send me back to Smokerville, I have reasons to feel upbeat. The first reason is that I have breezed through the festive season without a breakdown. Even the heightened high of New Year’s Eve did not entice me to smoke. (Well done, Eshwar.)

There’s another reason as well.

A couple of nights ago, a few friends and I went to the Arab quarter in Singapore for some hummus-bread-falafel and sheesha (which is the fancy word for hookah). We reached a typical “Arab” joint. I say typical because it was run by Tamil-speaking Indians and a Malay cashier. Bangda music and fragrant fumes of sheesha-hosted tobacco filled the air.

I thought that the whole sheesha experience – which seems so much more refined, pardonable and civilised as compared to smoking a cigarette – would pull me in. Potentially, I could see it as a way to smoke and still claim non-smoking status. But despite repeated attempts, I couldn’t enjoy the flavourful smoke. I woke up the next morning to an itchy throat and a desire not to repeat the experience. I guess my body already sees itself as non-smoking.

Isn’t that smokin’ awesome? My chest is swelling up like a balloon – must be pride.

At this point, you might be justified in wondering whether this post serves any purpose other than fulfilling my need to brag. I’d like to argue that it serves two other purposes:

1. I might need to be reminded of some of the facts mentioned herein at a later date, and

2. Somebody somewhere might be triggered to quit this king of addictions.