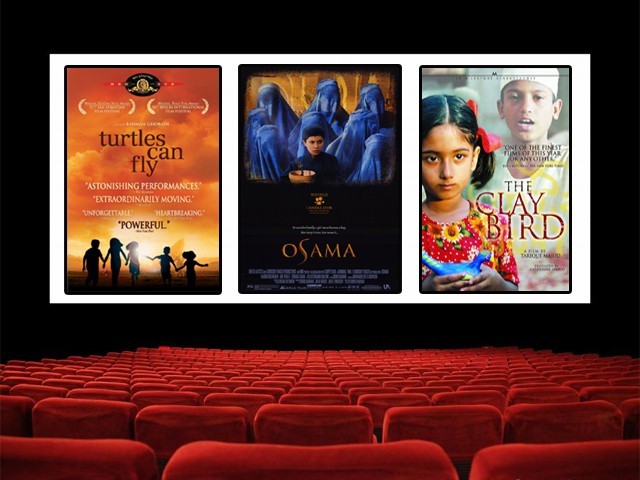 I have attempted to list down three thought-provoking movies, from different Muslim film industries, which will surely leave you contemplating about many aspects of Islamic beliefs and Muslim cultures.

Pakistan might not have the best movie industry in the world but Muslim countries across the world have managed to spread some truly phenomenal messages and cultural insights through their films industries.

The Iranian cinema’s popularity in European film festivals and their recent Oscar win, is but one example of Muslim cinema’s increasingly transforming and often very realistic nature.

In light of that, here are three thought-provoking films from different Muslim film industries that are sure to leave you pondering upon the many facets of Islamic beliefs and Muslim cultures. They will also highlight the drastic parallelism between foreign Muslim societies and Pakistan.

This movie revolves around the strong conservative values of a hakeem and the people around him. Photo: IMDB

Set in a religious household on the precipice of the 1971 war, The Clay Bird criticises stubborn dogmatism to great extents; a hakim refuses to let his daughter take modern medicine or his son to go to modern schools, mullahs sit around discrediting the possibility of a West Pakistani military operation on the pretext that their ‘Muslim brothers’ would not attack them and a madrassah principal takes psychological illness as supernatural possession to be resolved with disciplinary action.

Most of the students are as heartless as the staff, giving a bleak vision of the future’s model morality and also representing what the lack of parental nurturing in hostels creates. Simultaneously, another madrassah professor is displeased with the tyrannical nature of his workplace and the sheer stupidity of some practices of the overtly religious he knows, and Sufi musicians occasionally give viewers a whiff of the Islam that the madrassah refuses to teach, and judging by the nature of the self-claimed religious in the film, probably never will.

There’s an interesting secular-religious debate in this film, one that is particularly important for Pakistan and its recent dealings with madrassahs, and its reluctance to admit the local nature of terrorism.

A film by Bahman Ghobadi, which depicts the harsh prejudice shown to the Kurdish children in Iran.

The childish title misrepresents this devastating Iranian film on Kurdish refugee children. If The Clay Bird makes one doubt a religious society Turtles Can Fly questions the scholarly Pakistani notion that ‘secularism is the solution to all our problems’.

Little children and their infant “siblings” are depicted as the survivors of Saddam Hussein’s racial Kurdish purge where on one hand the less affected are involved in getting American souvenirs and satellites for a refugee camp, while the actual victims are trying to get rid of the burdens they are too young to carry. It’s very cold and unforgiving, shunning the very concept of nationalism, especially that of the ethnic kind.

This film stays with you for a long time and makes you think of the Afghan refugees that live in Pakistan as well as the similarities between the ideas of secularism in Pakistan and Saddam Hussein-era Iraq.

Secularism is solely ethnic – the Ba’ath party in Iraq represented Arabs as a superior nation. Likewise, Pakistani self-proclaimed secular parties realistically only replace religion with ethnicity, with each and every one of the parties catering to ethnic communities like the ANP for Pashtuns, MQM for Mohajirs and the PPP for Sindhis.

The characters in Turtles Can Fly are the products of this finger-pointing and divisions on languages and race, just the same as any division on religious grounds, even though it unfairly receives less media coverage.

The first film to be shot in Afghanistan after the Taliban were defeated by a US invasion, Osama is the less sweet version of Saudi Arabia’s Wadjda, following an unnamed girl trying to survive the Taliban regime in Kabul. The Taliban have left her mother unemployed even though she is a practicing doctor simply because it is prohibited for a woman to work. She can’t even venture outside her house without a male relative and years of civil war in Afghanistan have left her without one, and probably several other women too.

The only option for them to survive is to transform her into a boy: Osama

Incredibly pessimistic and gloomy, the story is also very emotional because everyone knows there is no hope for these women. One can feel the suffocation women must have faced in Kabul, and the great injustice these harbingers of Sharia bring along with them. The hypocrisy this regime brings is exposed in a hamaam where outside women are veiled head to toe, yet inside a bathhouse a mullah enjoys the sight of young boys washing in front of him.

This film is a must-watch for Taliban apologists who claim all these people want is an Islamic state because obviously making women wearing a burqa and introducing barbaric laws is the only difference between a Muslim state and a ‘non-muslim’ one. These lives must be the same as those of FATA, and just like Osama, no one is coming to rescue them either.