Marking the end of tiki-taka in football? 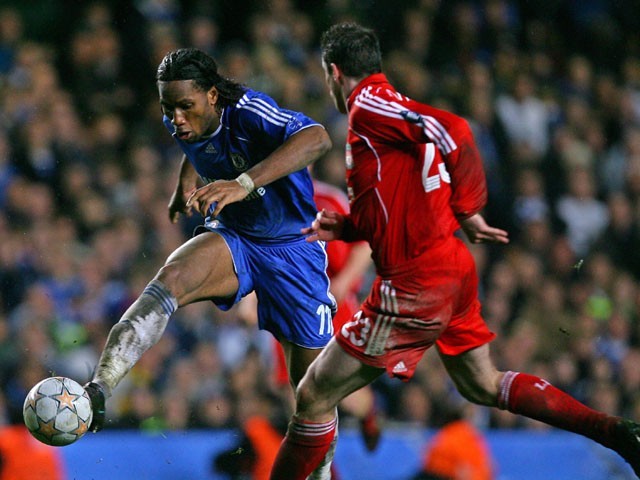 There are games that shape the future of the sport; moments which pass us by with no warning of the transition they bring with them. It was only about five seasons ago that Barcelona under the steering of Josep Guardiola introduced a style of play by the name of ‘tiki-taka’ that took the world by storm.

All of a sudden, any team that was not emulating their model of quick passing and precise running was living in the Stone Age. The Barcelona team won many laurels under Guardiola’s management before he went on to implement the same style of play to some effect at Bayern Munich in Germany.

A player playing defense against the opposition. Photo:AFP

However, given the recent change in the style of play by many of the clubs, the dynamic tide of football strategies might be changing once again. Jose Mourinho’s Chelsea and Carlo Ancelloti’s Real Madrid have showcased that defending well and deep, still has a place in modern football. Rather than resorting to fast-paced attack that domestic rivals showcase against these two teams, all season long. Madrid and Chelsea have adopted the fine, counter-attack strategy in football and it is proven to have worked wonders.

Chelsea recently defeated title-favourites Liverpool, in an away game, in the English Premier League while keeping only 27% of the ball. They also came back from La Liga favourites, Atletico Madrid’s home unscathed, having 31% ball possession, throughout the match. Both displays were highly defensive and, perhaps, born out of necessity due to Chelsea’s lack of firepower attack upfront.

Having played the entire season with misfiring strikers, Chelsea has adopted a style of play where they defend well and deep only resorting to counter attack measures which exploit spaces left behind the defenders of the opposing team.

Steven Gerrard and Jon Flanagan of Liverpool have words with Jose Mourinho.
Photo:AFP

Real Madrid, similarly, have kept very little of the ball during their two semi-finals against Bayern Munich, who opted for the ‘tiki-taka’ which, then proved less successful. Madrid kept 28 per cent ball possession during their home game in Madrid with a score of 1-0. While keeping, only 31 per cent ball possession during their 4-0 decimation of Bayern in Munich on April 30, 2014. Madrid may have had little of the ball but they had all of the goals over the two legs.

It is nice to keep possession, but it matters very little when you are unable to score.

Chelsea moved to within two points of top spot in the Premier League after a 2-0 win away to leaders Liverpool at Anfield. Photo: AFP

Teams seem to have run out of ideas of how to counter deep-lying defences. While this strategy of counter-attacking defensive football is proving fruitful to Madrid and Chelsea, it has its share of critics.

Liverpool was not too gracious of the brand of football Chelsea played at Anfield during their 2-0 victory over the Merseyside team. However, Chelsea manager Jose Mourinho has clearly stated that as long as his team stands victorious, nothing else matters. There is little to deny that Mourinho’s brand of football is successful. He has successfully kept his side in contention, of European and domestic silver-ware this season without having a single efficient striker.

Mourinho, or the ‘Special One’ as he calls himself, might have made yet another mark on the world of football by ending the era of the tiki-taka. Madrid seems to have done just as well following a similar strategy which brought them to the Champions League final. The team’s European success is a clear indicator that the tide is indeed changing, the days of pure attacking football might formally be over and counter-attacking is the new fad in town!

A student of Economics/Political Science at the Lahore University of Management Sciences.

To the Taliban, We are Pakistan and we will never forgive you

My leader can do no wrong

Free the PCB from government intervention

Rape is NOT cool