From pederasty to paedophilia and Freudian slips 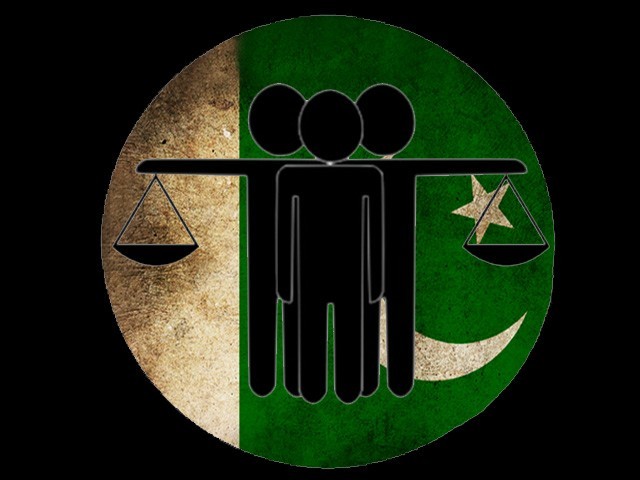 Only in Pakistan do criminals become famous and are celebrated for murdering innocent people and get away with gang rape.

A long time ago, a gay Pakistani I know asked me once whether the relationship between Rumi and Shams of Tabriz qualifies as paedophilia. I didn’t understand his question or the context of it because he is well-read, intelligent, knows his religious history and psychology. The question confused me because there was very little I knew about them compared to Madho Lal Hussain.

Nevertheless, to avoid hurting my own ego, I referenced my mental notes on the romantic relationship between Madho Lal and Shah Hussain, and immediately tried to correct him.

“The feelings Rumi had fall under what we know as pederasty, not paedophilia! They are two very different things. Paedophilia is the most perverted form of sexual abuse an adult is capable of committing. It violates and traumatises the child for life, in some cases. Pederasty is a consensual relationship between an adult male and an adolescent male.”

I was mad at him for making this silly comparison because Rumi and Shah Hussain were spiritual and the relationship with their male lovers goes beyond the physical experience. I realised later on that he was only trying to see how homophobic I was and I hate being tested like that, especially at a time when I was busy confronting my own molesters.

According to Psychology Today, adolescence is described as the transitional stage from childhood to adulthood in the teenage years from 13 to 19. In Pakistan, we are only waking up to progressive legislations like banning of child marriages as we have recently witnessed in Sindh and the Anti-Women Practices Act 2011 against forced marriage. It is in Pakistan, we are also witnessing the latest horror called serial killing of gay men.

The New York Times article shows that the first gay victim was a retired military officer in his 50s, the second victim was an information technology worker and the third victim was a student at the Lahore University of Management Sciences (LUMS). The last two victims were in their 20s. No names are mentioned. It sickens me to see that only the names of the police officer and the murderer are making head waves in the news and media channels. Let’s give them the benefit of the doubt and assume that the journalists were trying to protect the families of the deceased by not naming them as if they are doing a marvellous job of being Clark Kents of 21st century Pakistan.

The question begs – would not writing about the aspirations and wishes of the deceased gay men make you less of a human? They are dead, for God’s sake.

Murder is murder. It has no sexual orientation. It is criminal and deserves dark and dank prison cells and the gallows, not media attention. What I’m trying to arrive at is our own unconscious biases where people take issues for granted and choose not to seek them out for what they really mean.

Shankar Vedantam in his book, The Hidden Brain, defines this unconscious bias as,

“‘Subtle cognitive errors that lay beneath the rim of awareness,’ making our actions stand at odds with our intentions and resulting in errors, conflicts, misjudgements and manipulation”.

Therefore, I’m not saying that people’s intentions are malicious. All I’m saying is that it happens unintentionally. In psychology, it is known as the Freudian slip, an error in speech, memory or physical action that is interpreted as occurring due to the interference of an unconscious (dynamically repressed) subdued wish, conflict or train of thought guided by the ego and the rules of correct behaviour.

Thanks to these beautiful ‘slips’, we allow the murderers to speak on television and not only authenticate their actions but fuel potential murderers. What were the names of Salman Taseer’s and Shahbaz Bhatti’s murderers, again?

What are the names of the police officers who were beating the hell out of those nurses when they were protesting peacefully to get their jobs back at the Government Health Departments?

One of them was murdered in cold blood, which one of the police officers murdered her? Does anyone know?

Or does anyone know the names of the police officers who released the gang rapists of Amna days after their arrest? The young medical student self-immolated herself. Did anyone care? We don’t even know the names of her rapists.

Now, everyone knows who kills gays in Pakistan and the police officer who struts behind him is also famous. Bravo, Pakistan, we are so proud of you.

There are no strict laws or penalties against paedophilia as it is most common among adults who have children in their families and why not, incest is such a good thing, right? There are books written on it and films based on actual accounts. So, hush, it is a bad idea because there is no family ordinance to contest issues in the media concerning the disease of paedophilia unless you’re gay, a gang rape victim or a peaceful protestor demanding the rights denied to you because then you are automatically demoted to ‘less of a human being’.

Unconscious bias towards gender is the most prevalent and pernicious according to Vedantam as is obvious from the examples above. Dr Junaid Jahangir speculates,

“It would perhaps be too much to ask morality enforcers to adopt a renewed perspective on same-sex relationships. However, they do have the choice to address the issue with afw (forgiveness) in light of the understanding that people without a legal avenue to fulfil their human need for mawadda (affection) cannot be expected to be super-moral figures”.

Since it is only in Pakistan that criminal men become famous and are even celebrated for murdering innocent people, and get away with gang rape, now would be a good time to revisit our own unconscious biases and the shame indoctrinated by patriarchy that hinder educated honesty and self-belief and turns us into ignorant cowards. It must happen soon.

A self-identified feminist based in Lahore, she is working on completing her first novella and tweets as @fakhraahassan (twitter.com/fakhraahassan)

Gay man thrown off a building: ISIS and TTP, our Frankensteins