The queen of hearts lives on… even today 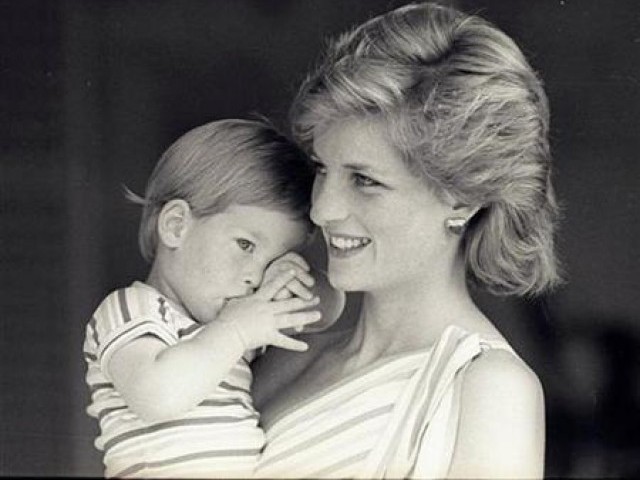 She was determined to raise her sons according to her approach by letting a breath of modern air into their conformist palace life. PHOTO: REUTERS

The legend of the late Princess of Wales, Princess Diana, lives on in the form of Prince William, Princess Kate and Prince George. History seemed to repeat itself when the royal family took a tour of Australia recently, where Diana and Prince Charles took their historic six-week voyage in 1983 with baby William two years into their marriage.

Although the obsession with celebrities wasn’t that deep during that era, the excursion was overwhelming for the shy and insecure Diana, who was unaware of the media savvy princess that she would eventually blossom into.

Royal tours can be immensely stressful, unnerving and intimidating for a young couple, typically those who are new to this threshold. Therefore, it was only natural for Diana to feel lonely and unhappy during the early years of her royal life.

Where Prince William is concerned, he has learnt from the mistakes of the past. Displaying a keen sensitivity and diffidence that owes credit to his mother’s upbringing style and influence, he has made Kate’s exposure to public life gradual. Kate has immense challenges to deal with, including a global audience that is ever ready to judge and criticise every move she makes and the constant comparison with her iconic mother-in-law Princess Diana. But she has displayed remarkable qualities essential for her role. She embodies charm, empathy, compassion and a sense of humour. Not only is she poised, elegant and confident but the strength of her relationship with William also shines through.

Kate and William had the added advantage of having known each other for almost ten years before getting married whereas Prince Charles proposed to Princess Diana only after six months of courtship. Kate is six months older than William, whereas his father was 13 years older than his late mother. With the immense personal and public pressure, it is no wonder that their fairy tale marriage crumbled. Witnessing the forces that pulled his parents apart, perhaps, rendered William more capable and determined to make sure the same thing never happens to him.

Prince George is a delectable new entrant on the royal forefront. He is absolutely adorable and receives adulation wherever he appears. The eight-month-old, third in line to the throne, evoked memories of Prince William and Princess Diana when he made an appearance wearing a smock identical to the one worn by his dad 31 years ago. Already setting trends, his kangaroo backpack was sold out as soon as he was spotted sporting one and it entered the markets. With doting parents like Kate and William, he is all set to be another heartthrob in the making.

Diana’s greatest achievement was providing her sons with the necessary exposure to ‘normal’ life within the confines of centuries old royal traditions, while grasping the common people’s insecurities and emotions. At her funeral, it was heart-breaking to see them walking behind her coffin.

“Her genius was to rejuvenate a tired and dusty royal dynasty… the House of Windsor took on a whole new impetus. It rediscovered its glamour, and in doing so, brought a gloss back to the entire nation.”

She even went past Charles’ wish of tutoring the two sons at home and sent them to Eton.

In her own words,

“I want to bring them up with security. I hug my children to death and get into bed with them at night. I always feed them love and affection; it’s so important.”

She was determined to raise them according to her own approach – she let a breath of modern air into their conformist palace life.

Nearly 17 years after her death, on her birthday, July 1, she was remembered with love, affection and heartbreak. Not only does this show that even today Diana’s will has lived on but that she continues to live in the hearts of people all over the world. Her sons have thrived into fine, radiant and benevolent young men and their warmth, thoughtfulness, confidence and stability are a testament to her parenting. It is in them that the hope for the royal family lives on! And so does the everlasting legend of the remarkable ‘Queen of Hearts’.

In search of Utopia and the self-imposed jump into eternity