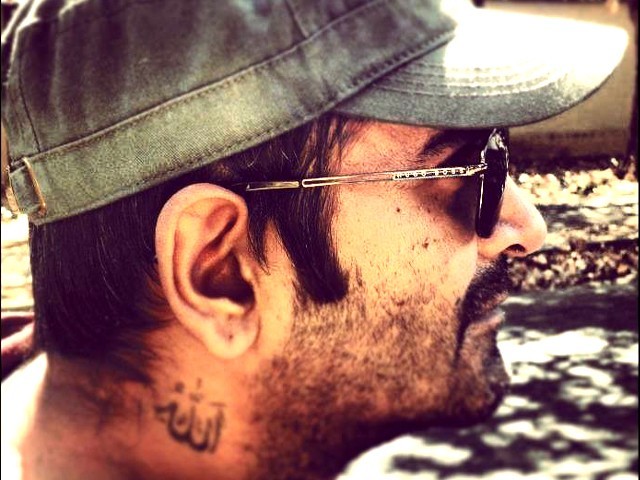 A man with a tattoo below his right ear saying ‘Allah’, Sarmad seemed more like a director or an actor to me at first glance. PHOTO: OFFICIAL FACEBOOK PAGE (https://www.facebook.com/sarmad.tariq)

It was only a couple of Facebook posts and the news of his death that moved me, leaving me feeling a little broken inside.

When I logged on to Twitter this morning, I found my timeline flooded with people mourning the death of Sarmad Tariq and talking about what a great person he was. Initially, I didn’t care much. I mean, people die all the time. Famous people die too. And everyone sings their praises after they are gone.

There was nothing very interesting about this news.

But after reading a number of tweets, I was intrigued enough to go to his Facebook page.

#SarmadTariq got the break he needed. But he left the world after proving there is nothing called #disability. Respect.

You changed my life #SarmadTariq , you told us that despite adversity what a man can achieve. Such a shame could not ever meet u.

A man with a tattoo below his right ear saying ‘Allah’ and ‘About me’ description on his page reading,

“Not a saviour, not a leader, not a role model, just a tough act to follow”.

He seemed more like a director or an actor to me at first glance.

But there was more to him than what I could see from his display picture.

The last post on his Facebook page was an open letter to God, pleading Him for a break from his pain. He was severely sick with multiple diseases but he hadn’t seemed to have lost hope.

After reading a few more of his posts about the stark realities of life and death, I was left shaken inside and also felt guilty for not having known of him before, for finding out about him too late and for never having the chance to have met him.

A motivational speaker who was paralysed neck down due to a swimming accident when he was only 15-years-old, Sarmad had travelled the world on his wheelchair, represented the country and most-definitely touched a thousand hearts.

That was more than enough I needed to know about him.

I had not seen any documentaries about him, had never heard him talk and yet, in a matter of minutes, he became the person I wanted to meet just once; someone to draw inspiration from, to find hope to go through this life and to learn to live it to the fullest.

To me, Sarmad seemed like a person who had ‘life’ figured out. He didn’t just know but was constantly aware of the fact that death is imminent. He was prepared for it and wanted to make the most of every single moment of his life.

In one of his last posts, he said,

Sarmad may have left this world, but he is not ‘dead’. And just like in life, his death is a lesson for all of us on how to live.