Indian Elections: I vote ‘None Of The Above’ 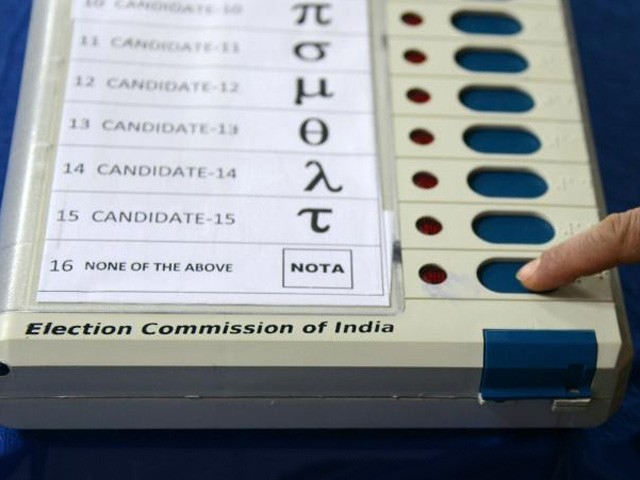 Many voters do not even know that the None Of The Above (NOTA) voting option even exists. PHOTO: AFP

As India inches towards the half-way mark at the parliamentary elections, political commentary aside, what caught my interest, as a former citizen, was the ‘None Of The Above’ (NOTA) option on the electronic voting ballot. Just the fact that one could register a no-vote is in itself fascinating, as it moves the arm chair critic from the couch and into the voting booth.

On digging deeper, it seems that this concept of registering a no-vote goes back to a recent Indian Supreme Court ruling where the voter, in all his or her wisdom, must be given the right to register a NOTA vote at the polls in an attempt to increase participation.

The September 27, 2013 ruling implied that the option would lead to a systemic change in polls and political parties will be forced to project clean candidates. The order was passed by a bench headed by Chief Justice P Sathasivam, which stated,

“Democracy is all about choices and voters will be empowered by this right of negative voting”.

This 2013 ruling rooted from a 2009 request made to India’s top court by the Election Commission of India (ECI) that it wished to offer the electorate a NOTA option at the ballot. As the government of the day opposed the idea, India’s oldest and largest human rights organisation, the People’s Union for Civil Liberties (PUCL) filed a Public-Interest Litigation (PIL) in support of the NOTA option.

Voting across India is taking place in nine phases from April 7 to May 12, with the results being declared on May 16. Pegged at $577 million, this election will be the costliest ever. According to the Centre for Media Studies (CMS), a New Delhi based think tank, political parties across the spectrum are expected to spend a total of $5 billion, three times the amount spent in the previous election and just $2 billion less than the cost of the 2012 US Presidential elections.

While talks of elections figure prominently across all platforms, there is not much play given to this brand new concept of the NOTA option. It seems that many voters, even in India’s commercial capital of Mumbai, don’t know much about it.

Political parties, while spending millions toward advertising, have conveniently left out the need to explain the option, leaving it to the clunky bureaucratic ECI to do the needful.

According to Zubin Driver, a former advertising executive based in Mumbai who gave up the glitz of advertising to work in the grass root theatre movement, says,

“Politicians want us to vote, so no one will put their money towards publicising the NOTA option. No one will market or sell this option across any media, be it social or traditional.

NOTA is a good thing. It allows you to assert your dissent, which is important in a country like India where dissent is frowned upon. And while this is the first time it has appeared on the Electronic Voting Machine (EVM), people are not noticing it as they have been conditioned to choose one of the parties while voting as for them not choosing is akin to not voting.”

For Radhika Mehta, a dentist who always takes time out from her busy schedule to vote, it was not an option.

“I feel it is a wasted vote as it will not count. For me, it is very important that my vote counts.”

According to the ECI, around 814 million people are eligible to cast their vote. So, as the world’s largest democracy goes about exercising its fundamental right, a few will stand in line for hours, in the brutal Indian summer, to register their protest and to cast a no-vote.

A senior writer and researcher at CBC Toronto. She tweets @TeenazFromTo (twitter.com/TeenazFromTO)