PCB selection committee: Out with the old, in with the ‘not-so-old’ 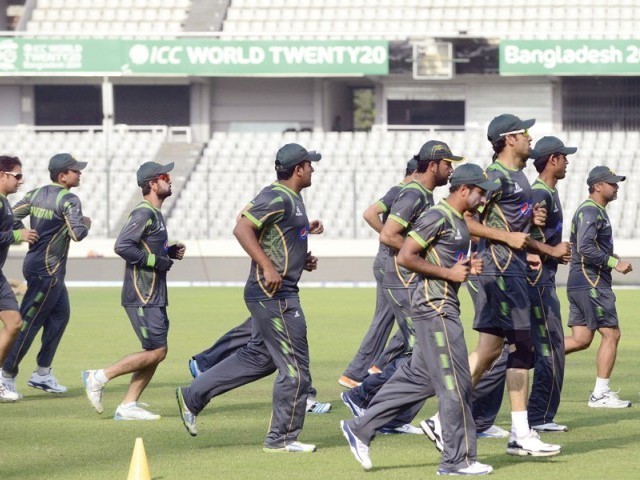 How can someone, who hasn’t ever played ODI cricket, select a squad capable of playing well in the ODI matches? PHOTO: AFP

Most people will agree that Pakistan cricket has produced countless greats over the past 60 years; from Hanif Muhammad to Shahid Afridi (or Younis Khan, for those who will argue on Afridi), our history is filled with top class players.

Most people will also agree that cricket has changed a lot over the past 15 years, so much so that one fails to understand how something can change so rapidly. The sport has moved away from the dull and boring Test matches, which would end after five days (sometimes, without any definite win), and has become more exciting with the advent of One Day International (ODI) matches and three-hour-long Twenty20 (T20) matches that leave us at the edge of our seats, biting our nails in anxiety and exhilaration.

Pakistan cricket, too, is going through some interesting changes these days. A new selection committee has already been formed while people for key positions – such as head coach, batting and spin bowling consultants and fielding coach – are being searched.

If we look at what’s in the news, Waqar Younis is considered the favourite for the position of head coach; whereas Mushtaq Ahmed and Inzamamul Haq are most likely to be appointed as spin bowling and batting consultants respectively. The Pakistan Cricket Board (PCB) has also been in talks with Jonty Rhodes for a short-term position of fielding coach.

Our newly appointed six-member selection committee is headed by Moin Khan and it includes players like Ijaz Ahmed, Muhammad Akram and Wajahatullah Wasti. One should keep in mind that the role for chief selector was offered to Rashid Latif as well, before Khan, but he turned the offer down.

Do you see something refreshing about all this? Most of the players for the key positions are the ones who have recently retired; who have actually played cricket in modern times and know the demands of modern cricket.

These changes are really interesting. If you look at Pakistan’s cricket over the past 15 years or so, it is easily noticeable that our ‘former greats’ have been the ones getting key posts, such as coaches or chairmen of selection committees. The same faces have ruled and influenced the cricket board, over and over again.

Though no disrespect is meant towards the former greats, they have served Pakistan cricket very well and made us proud over the years, but cricket has changed a lot over the past one and a half decades and their expertise is no longer as valid to current cricketing rules as they were previously.

Salahuddin Sallu, who has only played five test matches and that too way back in the 1960s, has been part of the selection committee almost nine times. Players like Iqbal Qasim and Muhammad Ilyas, and even Mohsin Khan, who played cricket in the 70s and 80s, have also been heads of selection committees. Former players like Intikhab Alam (who is a relative of mine), who played cricket way back in the 1950s and 60s, coached the Pakistani cricket team in the year 2009-2010.

It is really strange for me, as a cricket lover, to see such players selecting the national team. It always bothered me how someone, who hasn’t played ODI cricket, could deem himself competent enough to select a squad capable of playing well in the ODI matches; how can someone, who had never even imagined the existence of T20 cricket select a team for such a format? How can someone who played cricket in an era where most Test series were result-less, coach a team according to modern demands?

Though there have been appointments of newly retired players as well, they have been very few and far in between.

Don’t take me the wrong way; there is no doubt that players like Zaheer Abbas, Mohsin Khan, Sarfraz Nawaz, Wasim Bari, Intikhab Alam, Iqbal Qasim and even Javed Miandad have been amazing and will always be considered the very best. But if we look at our team that played in the late 1990s and early 2000s, those players, too, were considered the most talented cricketers in the world at that time. They are our ‘not-so-old greats’ – people who know modern cricket and are masters of it.

You can start from Saeed Anwar, Amir Sohail, Ijaz Ahmed, Inzamamul Haq and Mohammad Yousuf in the middle order, to Moin Khan and Rashid Latif as wicket keepers, Wasim Akram, Waqar Younis and Shoaib Akhtar as fast bowlers and Saqlain Mustaq with Mushtaq Ahmed as spinners.

Then look at the cricketing world around you.

England became the number one Test team under Andy Flower, who retired from playing cricket in 2003; Australia has Darren Lehmann, who retired in 2005, managing its team. South Africa had Gary Kirsten coaching and he retired as a player in 2003. New Zealand is headed by Michael Hesson, who is just 39-years-old!

These are just several of the many examples that can be quoted here. These players were the ‘not-so-old greats’ of these countries who have helped in moulding cricket for the better. And what have we done with our ‘not-so-old greats’? Let’s take a look.

Wasim Akram, who not only commentates in India but coaches Indian bowlers for free, and works with the Kolkata Knight Riders as a bowling coach. Waqar Younis was offered a coaching role by the Bangalore Cricket Association. Saqlain Mustaq has worked as a spin bowling consultant for Bangladesh and New Zealand and is currently serving the West Indies. Mushtaq Ahmed has been England’s spin bowling coach for a while now. Rashid Latif coached the Afghanistan cricket team.

Everyone has been utilising our great players for their good – everyone except us.

It hurts, as a Pakistani cricket fan, when you see your players – not one, not two but so many of them – helping other teams to succeed and not being utilised by our own cricket board. They are the ones who know the demands of modern cricket, they are the super stars who know how to deal with other super stars; they know how the modern game is played.