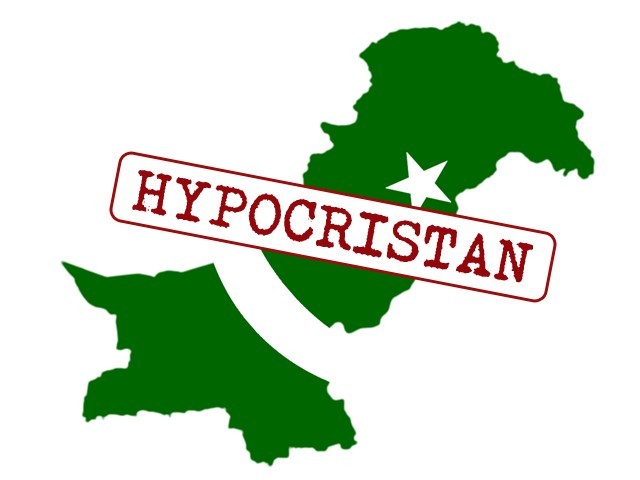 “Kaleem Sahib, how are you? I am fine jee, thanks to Allah (swt). Sir, please do not worry. Your file will be processed soon. Sir if you scratch our back, we’ll scratch yours,” Usman says while looking at Jamal.

“Feudalism is the root of all evil in our country, baita,” Ms Naheed, who runs a renowned non-government organisation (NGO), explains to Saleem, a friend of her son.

“The worsening moral, social, economic and political crisis Pakistan is going through is due to the elitist mentality of the powerful feudal lords. They deny children the right to education and treat them like slaves.”

Saleem jots down the key points of the discussion. He has to submit an article on ‘Feudalism in Pakistan’ for the campus magazine next week.

As soon as she finishes her sentence, they hear the sound of breaking glass.

Ms Naheed gets up and opens the door of the guest room to see what has happened.

“Do you know how expensive that glass was? Clean this mess. I shall talk to your mother about this.”

Ms Naheed comes back into the room and sits on the sofa.

(Sorry son, it was the domestic help. She broke a very expensive glass.)

Saleem nods and closes his notebook.

“Yaar, this bribe-taking culture has to end,” says Waqas, sitting in the passenger seat of the car.

“Absolutely,” replies Ahsan, while honking the horn continuously for the vehicle in front of him to drive faster.

“Did you know, two days back, Raza had to pay Rs2,000 just to get his FIR registered for his stolen motorcycle?”

Ahsan accelerates and crosses the square while the signal is still red. The traffic police officer, who is standing a little further from the square, motions him to stop on the side of the road.

Ahsan pulls a wallet out of his pocket, takes out the license and gives it to him.

“You broke the traffic signal. It will be a fine of Rs500. You can collect your license from the Mall Road police station after depositing the fine,” replies the officer, while filling out the challan (ticket).

Both Ahsan and Waqas step out of the car.

Naveed and Mazhar enter the university cafe. They look around and spot a vacant table in a corner. After sitting there, Mazhar waves his hand to call the waiter.

“Jee sir, what would you like to have?” asks the waiter.

“Two anda-shami burgers and two mango shakes,” replies Mazhar, in a questioning tone while looking at Naveed, who nods in agreement.

Naveed leans forward on the table.

“So, like I was saying, western countries have always conspired to destabilise our country. They can’t stand the sight of a developed and progressing nation like ours. They have no respect for us and think we all are terrorists. Our politicians have turned into western minions. The youth of this country has to work hard and lead to bring change,” Naveed says passionately.

After a while, Mazhar’s mobile phone rings.

“Murad was saying that the United States Agency for International Development (USAID) is organising a job expo in the university coming Monday. We have to submit our resumes by Friday. The representatives of different companies will offer jobs and will interview the candidates,” he tells Naveed excitedly.

“That’s great yaar! Let’s apply for it. It will be a dream come true if we get jobs and settle in the United States,” replies Naveed, a smile spreading across his face.

There’s a knock on the door.

“What would you like to have? Chai, coffee?” asks Wajih.

Ansari sits on the sofa, placing his mobile phone on the table.

“I’ll have coffee please. Thanks,” he replies.

After telling the domestic help to make two cups of coffee, Wajih sits down.

“Sir, your column yesterday was a brilliant one. You exposed all the politicians who performed Umrah on government expenses. The news is all over the channels,” he compliments.

Ansari leans back on the sofa, crossing one leg over the other, with satisfaction and glee clearly visible on his face.

“Thanks Wajih Sahib. It really was a tough job. You know, to contact the sources and getting the names of all of those involved, I had to search a lot! I have also been invited to tonight’s primetime program on Bash News,” replies Ansari.

The phone rings. Wajih picks up.

Beaming, Wajih puts down the phone.

“Sir, it was a call from minister sahib’s office. My name has been included in this year’s free Hajj scheme for journalists by the government. Allah (swt) ka lakh lakh shukar hai,” Wajih tells Ansari.

Ansari gets up and embraces him.

“Many congratulations! You are very lucky!”

“I was hit here, right on the head, by a police man during the protest,” says Falak Qureshi, a lawyer, walking in the corridor of his office building with Annie Mehtab, reporter Go Newspaper, during an interview.

They enter the office.

“We sacrificed a lot and put in loads of struggle for the success of the Lawyers movement for the restoration of judiciary. Judiciary is free in this country now,” says Falak while opening the door of his room.

The secretary stands up and greets them both.

“Sir, Murtaza Sahib is waiting for you in the conference room,” he informs Falak.

“Ms Annie, I am sorry, I have to meet my client first. I shall be back shortly. Please have a seat and enjoy a cup of tea,” says Falak.

He directs the secretary to arrange tea for her and leaves.

“Murtaza Sahib, I got your message in the morning. You don’t need to worry. We are going to win,” he assures Murtaza.

Murtaza hands over the brief case to him.

“I thought it would be better if I see you in person. I have arranged the ‘offer’ we talked about in the morning,” he replies.

Falak, smirking, opens the brief case, looks inside and then closes it.

“Murtaza Sahib, there is nothing to worry about. I have spoken to judge sahib. You know, judge sahib and I go back a long way. He accepted the offer and I assure you we will win this case.”

“See, an operation against the terrorists will only complicate the problem. Talks are the only solution to this issue. They are our own people. What if the operation fails? They will lose their tempers and hit back harder, which will be devastating for the country,” Fakhar explains to Mujahid while sitting in the TV lounge.

“You are right. And these so called liberals support the military operation, which is really absurd,” he replies.

Breaking news is announced on TV:

“Five people have been killed by unidentified gunmen in targeted killings in different parts of the city”.

“Everyone knows who these bloody unidentified people are. These killers and looters have destroyed the peace of the city. The Rangers and Army should carry out operations here. It’s the only solution. These killers should be hanged till death,” exclaims an irked Mujahid.

Jamal Khalid, assistant director at a government department, enters the room of Usman Majeed, director of the same department.

“Come Jamal, have a seat. Have you read today’s newspaper? See this? Another corruption scandal! These politicians have ruined this country,” says Usman while passing the newspaper to him.

“These corrupt and greedy men have no regard for the welfare of the common man and are interested only in filling their own pockets.”

The secretary knocks the door and enters.

“Sir, Mr Kaleem is on the phone,” he says to Usman.

Usman picks up the call.

“Kaleem Sahib, how are you? I am fine jee, thanks to Allah (swt). Sir, please do not worry. Your file will be processed soon. Sir if you scratch our backs, we will scratch yours,” Usman says while looking at Jamal.

Jamal nods with a grin on his face.

Welcome to Hypocristan, a country where hypocrisy thrives.