Why #BanBossy won’t work for women in Pakistan 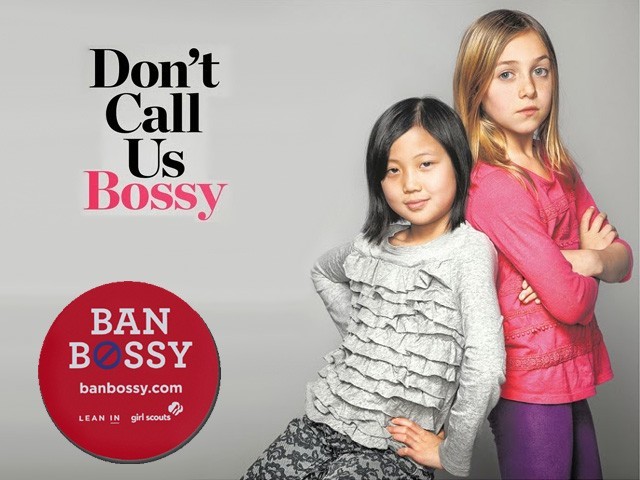 The Ban Bossy campaign has been initiated to encourage girls to be leaders.

Sheryl Sandberg, author of Lean In and the Chief Operating Officer (COO) of Facebook is on a mission. A couple of weeks ago, she, in collaboration with a star line-up of women in other leadership roles launched the ‘Ban Bossy’ (#BanBossy) campaign.

“When a little boy asserts himself, he’s called a ‘leader’. Yet, when a little girl does the same, she risks being branded ‘bossy’. Words like bossy send a message: don’t raise your hand or speak up. By middle school, girls are less interested in leading than boys – a trend that continues into adulthood. Together we can encourage girls to lead”.

Of course, a topic this controversial stirred up a significant amount of debate with ‘#bebossy’ and ‘#isbossy’ alternatives quickly popping up. Adversaries from across the spectrum point out that picking just one word will not solve the problem.

According to Ann Handley, an author, mother and advocate of encouraging young girls but anti #BanBossy says,

“What’s missing from the #BanBossy conversation is a more nuanced, rational discussion about the nature of leadership itself. For one, not all strong woman leaders are bossy, and not all bossy women (or men!) are leaders”.

Both have a point and that’s the whole thing – it doesn’t matter whether Sheryl Sandberg has done the right thing or picked the right word. What she’s done right is stir up a debate about what prevents girls from taking on leadership roles at a young age and continuing this throughout their careers.

Unsurprisingly, the campaign hasn’t gained much traction in the Islamic world where the challenge of girls taking up leadership roles in school, business or the public sector remains daunting. Our research through interviews with highly successful female business leaders in Pakistan show there are actually four common factors contributing to their success, none of which involve banning one word.

First and by far the most important element is the support they receive from a young age in pursuing their dream to lead. Often one or both parents are identified as a larger than life influence in shaping their future.

A senior executive from a pharmaceutical company said,

“I come from a background where women don’t actually work. They are expected to get married and have children. I was lucky enough that my father thought differently, had a different mind-set and encouraged us to pursue our careers. I think family support is really key”.

Alongside parents, husbands are also a foundational pillar to female success as highlighted by a female executive from a local organisation:

“My husband has been extremely supportive and has helped me in attaining my goals. When a good job offer came, he was willing to move with me. I think the mutual understanding that my work is important is what helped me”.

The second great influence comes from bosses who believe in these women, who challenge them, protect them and guide them throughout their career.

A senior executive from a telecom company shared her experience.

“My boss, in my last job, really saw potential in me and gave me a lot of opportunity and exposure; pushing me in situations where I was challenged… he really gave me the wings to fly, encouraged and supported me at every step.”

A director in an oil and gas company shared,

“I have always felt the need to perform and live up to my expectations. Even though no one has asked me to, I feel the need to prove myself. I have progressed really fast in this company and so I feel that I need to show everyone that I work hard to deserve it. Sometimes my boss tells me I have to unplug, that I need a hobby but I just can’t seem to do it. He would get mad at me for working so much from home and sending emails out at night. I now schedule my mails to deliver at 9am so that they don’t know I’m working at 1am”.

In Pakistan, as well as many other Muslim countries, the cultural restrictions are often too large for women to overcome to fulfil their dreams. Stereotypes rule the Pakistani workplace and many male colleagues either as part of their cultural heritage, personal held beliefs or fear of ‘being put out of my job by a woman’ display strong prejudices. However, successful female executives are able to hold their own and slay these stereo types.

As one executive pointed out,

“There will always be stereotypes with women, no matter what they do. I think it is important that overtime you conduct yourself the way you want to be treated and so you are responsible for how people see you. You have to define your own imprint on the organisation”.

Different functions have different stereotypes. Marketing and Human Resources departments are seen as more female friendly while making a mark as a female leader in an industry such as manufacturing can be one of the toughest challenges.

“Being a woman in this organisation is tough. I had to prove myself, I went to the factories and stood in the heat watching the product on the assembly line. A lot of people thought I would not be able to do it because I am a female, that I would prefer some desk job but I had to show them that anything a man can do I can do as well. Yes, it’s not easy for every female to do that because there are cultural taboos and stereotypes that a woman is not going to travel to the corners of the city to the factory site every day, but I had to show people that I was the exception”.

It’s possible to succeed as a female professional in Pakistan. Many have proven it. You need support, dedication, perseverance and guts. These role models have shown it’s possible. Of course, we have to facilitate more women to come into the work place and earn their leadership position.

We would like to encourage women to take up the challenge and prove they can do it, men to accept and support women who want to lead and organisations to believe in the value women can bring to their companies. It’s imperative that we create facilities and support to enable women to reach and maximise their potential.

What have you done to help women rise as leaders in Asia?

An innovative business leader and an HR professional, Paul firmly believes that outstanding results can only be achieved through engaging people, teams, and building commitment. He tweets as @paul_keijzer

Do what you love, love what you do!

I may be a 'gora' but Pakistan is my home