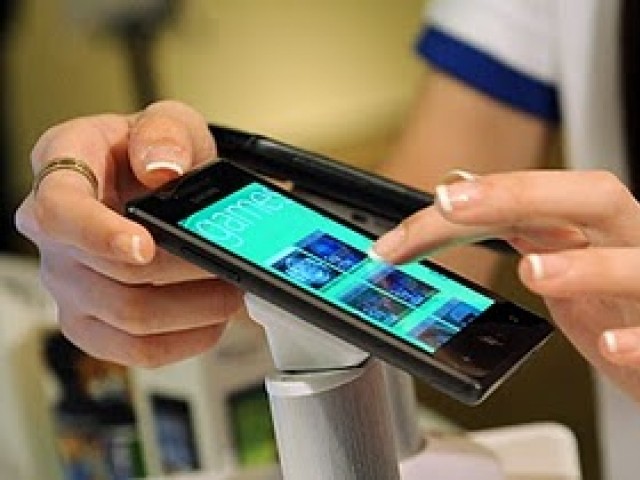 Will Microsoft's new smartphone be able to beat the competition?

Is the new Microsoft phone going to take over the market? Is it going to dominate the Apple iPhone and Android? Or maybe stop Blackberry OS 6 from taking over? Can Microsoft rule the industry once again?

These are all the questions people are asking about the new mobile platform announced by Microsoft. The Windows Phone 7 will be used by manufacturers such as HTC, LG, Dell and Samsung in their new devices. Let’s try to answer a few of these questions by looking at some of the features this newest mobile platform has to offer.

Microsoft has made a very clean Homescreen to be used by the mobiles running this platform. Much like Apple, Android and Blackberry OS 6. It gives you access to most frequently used ‘Tiles’ (read: icons) which are completely customizable and give you live updates on the go. Users can place the ‘Tiles’ anywhere on the Homescreen according to their usage.

One of the more important features Microsoft has designed for this platform. People Hub not only gives you access to your contacts, but also pulls in status updates from Facebook and updates contact information like phone numbers, addresses etc automatically. So if one of your contacts has changed his/her phone number, you don’t need to worry. It will be updated in your People Hub automatically.

Another brilliant feature. Microsoft has made its Games Hub an integrated place to find new games, downloading them and playing them with your friends. It has also plugged in its Xbox Live feature so users can access the gaming network right from their phones. So next time you need to challenge your friends on Xbox, you can do it right from your phone if you have one of these.

It seems as if Microsoft has decided to pull in all of their products into Windows Phone 7 OS. The Office Hub provides access to mobile versions of Word, Excel and PowerPoint. Users can view and edit documents too. But one very important feature all of these applications are missing is the cut and paste feature. Though Microsoft has promised a fix for this, it won’t be available until next year.

The Pictures Hub of Windows Phone 7 OS helps users to take pictures and lets others view and comment on those pictures which are in the Hub. But the best feature of this Hub is that it lets you take pictures even when you have locked the phone. All you need to do is to hold down your dedicated camera shutter button and your camera application is ready to take photos. As one of Microsoft’s employees puts it, “Unlocking your phone can sometimes mean the difference between missing the moment or not”.

The Music + Videos Hub organizes all of your music and videos in one place. You can download your favourite music from the web right into this Hub. It even features an FM radio. Microsoft has also integrated its US-only Zune music service into this Hub which not only lets you listen to music but also allows you to share it with your friends on the go.

Quite a productive tool, Bing Hub allows you to search in many ways. You can search locally, which provides you with phone numbers, ratings and reviews and even directions. It also has a built-in GPS and Bing Maps to help you.

That’s not all. Windows Phone 7 has other brilliant features too. If you are going for a meeting, you just need to touch your calendar, press the address and the maps will automatically take your there. It zooms in to street-level and even shows you a satellite photo to help you recognize the location. Better still, if you are running late for a meeting, all you need to do is to press the late button, and it will automatically send an SMS or email to the attendees of the meeting that you will not be able to make it on time.

All said and done, this newest mobile OS has all the ingredients to make it to the top-level, although some analysts believe this is only going to help Microsoft’s market share marginally. Since Apple has already dominated the market for quite sometime now, it will be very difficult for Microsoft to break Apple’s dominance. But Microsoft will certainly be working overtime to rule the market once again. Let’s see how soon that happens.

This blog was originally published here

A freelance journalist who is interested in sports and technology

iPod: The next generation