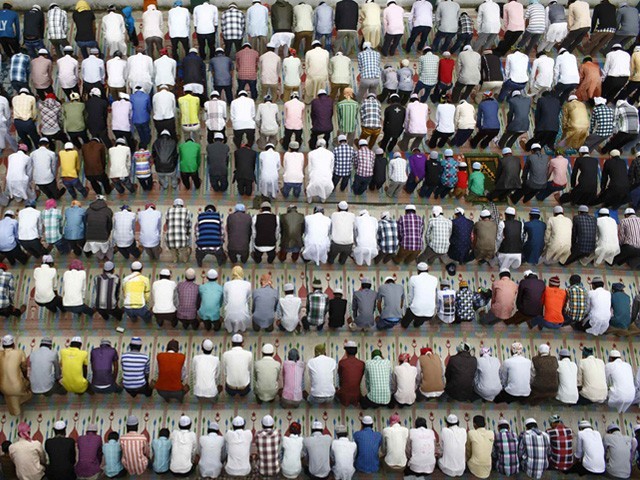 Are you afraid that your sexual urges will no longer be in your control and if you’re an employer, you will most definitely sexually harass your employees?

If yes, it may be time for you to move to Indonesia.

A governor in Indonesia has found a cure for adultery – prayer. Apparently, he has never known an adulterer who prays five times a day. Either that or he feels that the longer he keeps men and women on the prayer mat, the longer they can avoid thinking about the ‘birds and the bees’.

What’s more is that the governor seems to be on a serious mission to address the tendency of civil servants to cheat on their wives. Last year, he had insisted that their salaries be sent to their wives’ accounts to prevent them from spending on their mistresses and that male officers not be allowed to hire female secretaries.

My first question is simple. When did prayer become the solution for adultery and all other social misdemeanours?

If that were so, should we all simply leave our day-to-day affairs and head to the church, the mosque or the temple to hum verses and sing hymns?

Does that mean that religion magically changes human beings?

Or does it mean that instead of God expecting human beings to live their lives and be moral at the same time, they’re supposed to sit in places of worship and seek solace in rituals, simply to avoid provocation?

My second question is political. The concept of governments interfering in people’s personal lives is taking a whole new turn with ‘orders’ such as these. If such orders are really meant to bring positive change in people’s social lives, then there are bigger problems that need immediate attention and correction by governments.

Children need food, vaccines and education. Women need post and pre-natal care in Third World countries. Rape and sexual abuse needs to stop and we need to empower women to have a voice against such injustices.

If I were the judge, my first question would be,

“And you just stood there and watched?”

Let’s hope that this blog doesn’t give the Council of Islamic Ideology (CII) the idea to find a punishment or pass a law for the person who reports this heinous crime!

The Muslim world has got to stop featuring in the headlines this way – clerics banning women from seeing or touching bananas and cucumbers and shopping alone. The world is filled with real problems; ones which require money, resources and intelligence. Yet, there is no decree given by any cleric that claims that a man who even so much as attempts to force himself on a woman shall live in the lowest rungs of hell for all eternity.

But when a woman is raped, she’s asked to produce witnesses.

No one condones adultery or any of the social transgressions that occur but to think that a mass prayer is going to solve this issue is like hoping that singing a song will make it rain.