Morsi supporters sentenced to death: Egypt paying the price for the West’s hypocrisy? 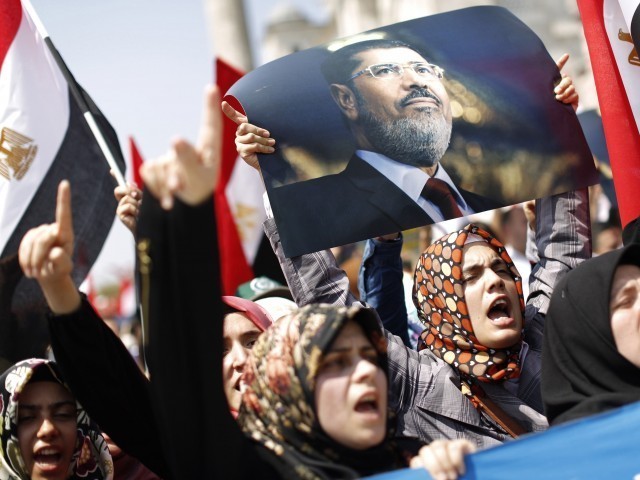 All those who participated in protests against al-Sisi were declared to be terrorists and the Egyptian army conducted a series of raids to catch these ‘terrorists’. PHOTO: REUTERS/FILE

If I were to ask you to make a wild guess about the maximum number of people you need to get one police officer killed, what would you say? I am quite certain that your wildest guess will not cross double figures.

However, in Egypt 528 Morsi supporters have been sentenced to death on the charges of murdering a single police officer and causing damage to government and private property.

Obviously, this decision has a political background since al-Sisi is following the footsteps of Hosni Mubarak who used the courts to crush the Muslim Brotherhood for decades. As if declaring its very existence to be illegal was not enough, Mubarak initiated a ruthless assault on the Muslim Brotherhood that included but was not limited to killing, abduction, detention and torture. Episodes of horrendous crimes against the Muslim Brotherhood continued for decades with complete support from the ‘champions of human rights’ a.k.a the United States of America.

The end of the Mubarak era marked a phenomenal victory for the Muslim Brotherhood in general elections and they rose to power in a democratic way. In principle, this change from dictatorship to democracy should have been welcomed by the West but as usual, the West showed her true colours of hypocrisy right from the word go.

The Brotherhood government was portrayed in Western media as a threat to world peace and when the West got a chance to remove them from power and resume dictatorship in Egypt using al-Sisi, they didn’t give it a second thought. All those lectures about the importance of democracy that were broadcast on Western media to win public support for invading Iraq and Afghanistan vanished into thin air.

The Muslim Brotherhood was removed and the Egyptian military took over yet again in the country, ending Egypt’s fleeting romance with democracy.

As soon as al-Sisi came into power, he resumed the terror of the Mubarak era with even greater intensity. Protestors who camped at different spots in Tahrir Square in support of Morsi were treated with raw brutality. With funds coming from the West to support his dictatorship, al-Sisi unleashed a series of cruel attacks at the opposition. Many Brotherhood leaders including Morsi were put behind bars and less known workers were simply killed or tortured to death.

In addition, all those who participated in protests against al-Sisi were declared to be terrorists and the Egyptian army conducted a series of raids to catch these ‘terrorists’. Complete silence from the West on these acts of atrocity made it quite clear that, contrary to what they propagate, they don’t value democracy at all – at least not when it doesn’t match their own selfish interests.

Then came the big day, March 24, 2014, when a court in Minya – south of the Egyptian capital city of Cairo – issued its ruling after only two sessions, in which the lawyers and relatives of the defendants complained that they had not been allowed to present their case. The defendants were convicted, among other charges, for the murder of the deputy commander of the Matay district police station in Minya. According to BBC analyst, Orla Guerin,

“(Legal analysts say) the speed of the case and the severity of the outcome are unprecedented in Egypt.”

In a case centred on the killing of a single police officer, more than 520 defendants have been sentenced to death and that too at a breathtaking pace. The first hearing on Saturday, March 22, 2014, was quickly adjourned and in the second session on Monday, March 24 the mass death sentences were announced.

Moreover, the Muslim Brotherhood has been declared a ‘terrorist’ organisation and any support for them is now considered a criminal offence in Egypt.

Is this the price the Brotherhood has to pay for the West’s much touted democracy?

This is the million dollar question that must be answered.