Only in Pakistan: Setting an 11-year-old girl on fire to ‘treat’ typhoid 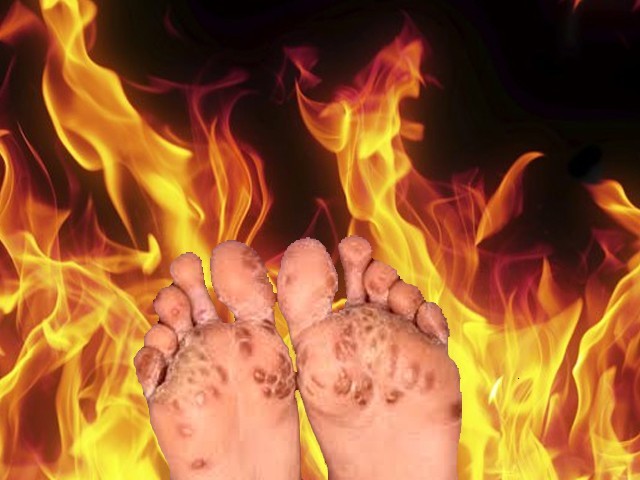 Known for his ‘healing’ powers, the maulvi claimed he would save Musarrat’s soul by reciting verses from the Quran. However, a few minutes later he poured kerosene over the child’s feet and set them on fire.

We were in the middle of a counselling class, whereby our experienced, capable and intelligent course instructor was attempting to answer a fairly difficult question.

One of the practicing psychologists present had asked her what they were to do if a client insisted on rejecting therapy and instead preferred to go to a ‘quack’ or a local maulvi for treatment. Carefully measuring her words, the instructor replied,

“Don’t discourage them from attempting spiritual treatment. Let them seek a faith healer, a priest or a maulvi if they want but ask them to seek a therapist’s expertise on the side as well. Tell them there’s no harm in seeing a therapist; there’s no harm in talking to someone about their problems.”

I wonder if medical doctors are being told the exact same thing in a medical college somewhere. How are they trained to handle a situation where faith healers become the first priority for someone dying of cancer, diabetes or a heart attack?

I also wonder what the state of physical and mental health is in the little shanties all across this country of ours where so called ‘religious’ nut-jobs, quacks and hakeems want to make an easy buck by feeding off the lack of awareness and education amongst the masses. My wonders turned into utter horror when I read about 11-year-old Musarrat.

Delirious with typhoid (delirium being a commonly associated condition when a fever runs higher than 100 degrees), the little girl was taken to the local cleric, Maulvi Sarfaraz. Known for his ‘healing’ powers, this maulvi claimed he would save Musarrat’s soul by reciting verses from the Quran.

No harm in that, of course and no medical doctor would disapprove.

However, what happened a few minutes later was nothing less than barbaric. Maulvi Sarfaraz poured kerosene over the child’s feet and set them on fire.

The sad fact remains that Pakistan has thousands of crimes reported against children and this does not represent the actual number of crimes committed, given the social taboos, socio-economic barriers and lack of law enforcement. Child marriages, sexual abuse, child labour, genital mutilation – and now inhumane practices by faith healers – add to the ever-increasing laundry list of horrors in our country.

This does not include the thousands of children who are beaten to a pulp when they cannot parrot excerpts from the Noorani Qaida instantly on demand.

This does not include the millions of children who are on the streets as part of a mafia which faces no crackdown from the authorities whatsoever.

This does not include the countless children who work in fields, in factories and in small towns where the risks of disease, accidental deaths and hazardous working conditions are rampant.

There is no doubt that children are the easiest to manipulate. They are the simplest of all avenues upon which many ‘clerics’ like Maulvi Sarfaraz release their bestiality. Whether this cleric was mentally stable or not is another story altogether but this event, like many others that pass by us in a stream of headlines, ought to put the situation in perspective.

How are such quacks readily able to exploit and physically harm the innocent public and there is no crackdown and no mob outrage; whereas so called cases of blasphemy bring us out on the streets in a jiffy?

It brings to mind the dark ages where Christians attempted to eliminate anyone who went against the church. Are Pakistanis in their ‘darkest of dark ages’ where our raison d’etre is to fight for causes that only hurt our pride rather than the real, actual causes that need immediate and direct attention – like saving our children?

Are we to believe the clerics who think that the more we procreate, the more powerful we become against the enemy? And hence, a few kids dying is simply a non-issue for them?

Or are Pakistanis simply losing their humanity?