Broccoli cheese cups: Looks like a cupcake, tastes divine and the kids love it too! 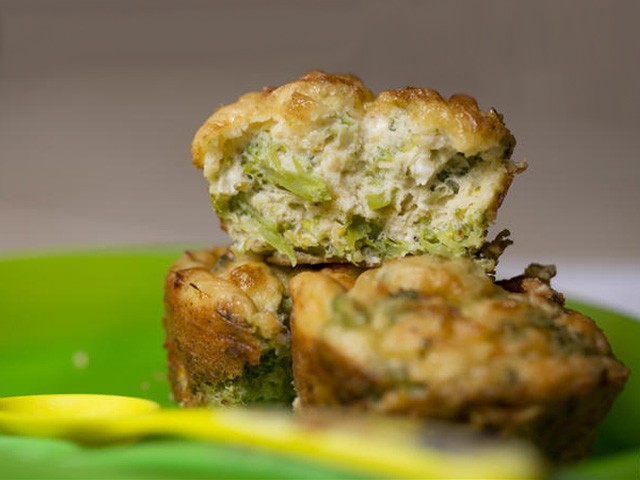 They can also be served for breakfast or as an impressive tea accompaniment, or even as a side with English style Chicken Roast. PHOTO: SAADIA TARIQ

“I know you’re 37…” beamed my daughters’ (very suave) teacher when I went to her school the other day.

At a recent blood donation camp at my daughters’ school, all the students were briefed on the importance of donating blood, who all can and should donate. When told that the minimum age for donating blood was 18, my seven-year-old very confidently volunteered,

“Oh my mother can donate blood (perhaps twice) she is 37”.

At home, she insisted her dad volunteers too, since it was taken for granted that Mum would be going. However, when she saw blood draining (pun intended) from her father’s face at the mere sound of it, she politely withdrew.

Under duress from the seven-year-old, the 37-year-old turned up at the school premises. The sight was energising and invigorating. The organisation, method and execution were commendable. The fervour with which the volunteers were pouring in was contagious. And so, I decided to be one of them and quickly finished the preliminary requirements, only to be told later that I could not donate blood because my haemoglobin was low (old age problems, I suppose).

I insisted, they refused, I begged, they ignored, I cried and they almost threw me out.

Dejected, I landed at the grocer to buy dark green, huddled together florets of broccoli; one of my favourite vegetables, high in vitamin A and C, and a substantial source of iron. Cultivated in Europe about 2000 years ago, it belongs to the cabbage family and takes its name from the Italian word ‘broccolo’ which is the flowering top of the cabbage plant.

I got some pantry ingredients and decided to put together Broccoli Cheese Cups. Steamed broccoli florets are dressed suavely with olive oil, seasoned with some salt and several grinds of pepper, combined with an egg, a dollop of cream cheese and thick yellow strands of grated cheddar cheese, these little mounds are incredible. Versatile and healthy, it is the ideal lunch for seven-year-olds and their low-on-iron mums. They can also be served for breakfast or as an impressive tea accompaniment, or even as a side with English style Chicken Roast.

Generous pinch of salt and pepper

Some extra oil for lining the baking pan

1. Steam the broccoli, either in a microwave steamer or tip the florets in boiling water for three to four minutes. Once done, cut in small pieces, drizzle with olive oil and season with salt and pepper. Mix it all up and set aside.

2. Combine the egg and cream cheese in a bowl and mix well. Add the cheddar cheese and seasoned broccoli and stir to mix.

3. The mixture will immediately become lumpy. Lightly grease two ramekins (I used a muffin pan) and spoon in the mixture. Bake in a pre-heated oven at 200 degrees Celsius (400F) for 20 minutes, until well-risen and golden brown from the top with little green bits peeping out from the cheesy cup.

The best part about these healthy delights is that you can make quite a few in one go and refrigerate them for three to four days! All you have to do it warm them up a slight bit before serving and viola, there you have it!

Oh, did I mention that dad is nowhere to be seen?

While mummy dear is consuming large amounts of broccoli to qualify for next year’s donation camp, daddy is has gone into hiding for fear he may have to face his seven-year-olds pleading eyes again and succumb to actually donating blood!