Are you failing at being a parent? 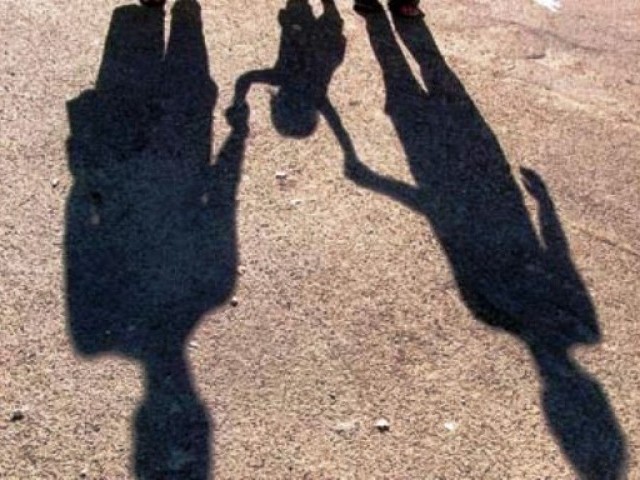 We, as parents, are fallible, and that we might not always know what’s in our child’s best interests. PHOTO: REUTERS

I recently came across an article which listed ten common parenting mistakes. It got me thinking about my own parenting skills, or lack thereof. The insecurity about parenting most likely stemmed from my biases that were challenged by that article.

I think parenting is made out to be harder than it actually is or should be. The point I’m really trying to make is that in parenting misperceptions are amplified.

The so called mistakes simply reflect on the struggle that exists within all of us as human beings, compounded by the fact that we, as parents, are liable to err. The conflict arises when we attempt to assure a fool proof successful future for our children. Because the alternative, that is a presumably unsuccessful future for the child, is simply unacceptable to us.

But what is success really?

Isn’t it a perception, or contrarily a misperception?

Failing to realise that the gauge for success is more dependent on the individual than society is as much to blame as is the assumption that success is only when one has a stable lucrative career. I think advanced capitalism that we are subjected to and then in turn push on our kids generates that kind of linear narrative fallacy and consequently misguided parenting. It is important to recognise that the continuum of ‘good grades equals better college prospects which equals lucrative careers which results in happiness’ is merely a ‘feel good’ situation for us, not so much for our child.

We are overly protective as parents. In this volatile and unpredictable world of ours, where at times one is unsure what might happen the next moment (and you don’t only have to be in Karachi to say that), another misperception is that we can control our kids’ lives by dictating to them what they will be happy doing.

How many times are we clear about the source of our own happiness, let alone our kids?

The above are a few random rambling reflections. Don’t ask me for evidence for the feelings that I have documented above. As my own kids are too young, the only informed opinion I can give you is based on the teenagers and adolescents that I was seeing as patients in the Emergency Room (ER) while I worked in the Unites States. They were presenting with headaches, neck strain, chest pain, menstrual irregularities, vague abdominal pain and other gastric symptoms which were frequent complaints. Going doctor and ER shopping, they tended to get all sorts of unnecessary testing done and they along with their parents were equally frustrated with nothing being revealed in the tests. So no surprise that the symptoms just didn’t pack up and vanish.

Then there were those young individuals who made bad choices by using drugs, having unprotected sex, sexually transmitted infections, and so on. Contrary to popular belief, those kids were not all Caucasians, Hispanics and Blacks; there were kids from South Asian immigrant families too. Most were from stable households with good parents. They were good students with quite a few achievements. I think most of the children I came across in the ER were simply unable to absorb the unrealistic pressures of the daily grind. Even if the presumptive increased numbers of anguished children being seen in the ERs of the world is anecdotal, the anxiety that they manifest is real. I think it’s the parental and societal pressure cooker at play.

So how does one address the above scenario?

It’s important to acknowledge the fact that we, as parents, are fallible, and that we might not always know what’s in our child’s best interests. If we accept that then it’s easier on us and the child. Then, taking parenting as both an art and a science, perhaps tailoring it per what our child is saying or doing might be a logical next step. Identifying my child’s interests and working with those might lead to more sustainable parenting and happiness for both me and my child.

A few days back, a friend forwarded an article that appeared in the New York Times with the title ‘Is the world more depressed?’ Perhaps it is. Based on my work in the US, where I was seeing sexually and physically abused kids and teenagers fairly often, it was depressing enough. I am neither a psychiatrist nor a psychologist. I am a paediatrician and an ER physician. I am also an empirical biomedical scientist. But above all, I am a parent. As such, I would like to be aligned with my child so that my child can parent me when and if needed, because I think parenting is a two way street.

As a parent, I find my child’s happiness to be paramount. Hence, I propose that the next instalment of the New York Times should be ‘Is the world happier?’ The naysayers will argue that gauging happiness is not scientific whereas gauging depression is. I will say that you have to be a parent really attuned to your child and you will transcend that potential discussion or debate.