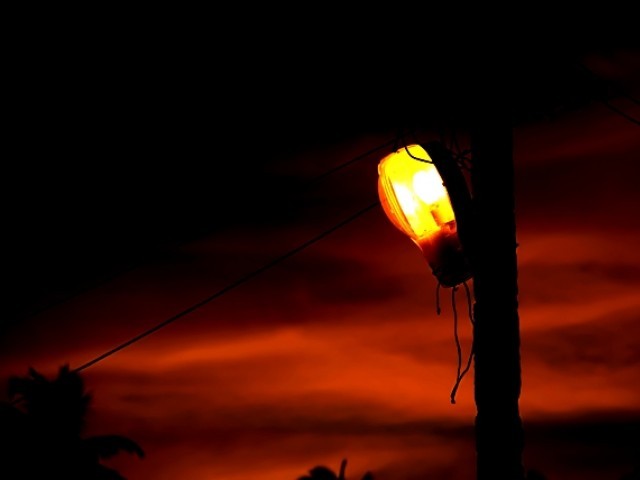 A black coloured two-seater pickup took a sharp turn and then drove slowly into a quiet, murky, dimly lit street.

It was approximately 2am and the temperature was about three degree Celsius accompanied by a pitch-dark chilly night. A black coloured two-seater pickup took a sharp turn and then drove slowly into a quiet, murky, dimly lit street.

The pick-up drove past the electric pole and pulled up near a house, where two men checked their guns and got out of the vehicle. One of them unloaded the pick-up’s boot while the other proceeded to climb up a 12 feet high electric pole which stood by the boundary wall of one of the houses. Upon reaching the top, the man took in the view of the house; it was a single story house with a little yard— with enough space to park a car— with maybe two rooms, a kitchen, a toilet and perhaps a bathroom.

When no activity was seen inside, the man beckoned his partner to climb up the pole and join him at the top. After another cautious glance around the neighbouring area, they started climbing down the wall into the yard and then walked slowly, to the window of the room.

The curtains of the room had not been dropped leaving the house fully exposed. One of the burglars threw the torchlight through the window panes into the sitting room. The two men then moved to the other room, pushing the door gently, but it was locked from inside. With a hard thrust from both the men, the door flew open with a big bang and was left in shatters near the side wall; the loud noise jolted awake the middle-aged couple sleeping inside.

“Don’t move or I’ll shoot!” the burglar yelled while the other threw the powerful torchlight on them.

“Who are you? What do you want?” asked the home owner, Abbas, frightfully.

“Put the light on,” the burglar roared holding a gun pointed towards the couple.

Abbas turned on the lights.

“Stop crying or I’ll kill your husband,” one of the burglars shouted.

Her eyes widened with fear as she tried desperately to control her sobs. Her husband’s hands were shaking, knees were knocking and lips were quivering in panic.

“P …P…Please, d… don’t kill us. What do you want? T…T…Take anything you want,” Abbas said trembling.

Upon hearing this, the burglar hit him on the face hard. Abbas fell down to the ground and upon seeing this, his wife, Zainab started screaming loudly.

“Gag her mouth,” he directed the other man in the shadows.

“Please don’t do anything to her,” cried Abbas. “Talk to me! What do you want?”

The other burglar gagged his wife’s mouth with a dirty rag and tied her hands at the back with the rope.

“Give me the money!” the burglar yelled.

“You liar!” he put the gun on his head “where do you keep your money? Tell me now!”

“In the locker,” said Abbas.

Abbas went to the locker and opened it. He took all the money out and handed it to the burglars. After counting, the burglar snarled,

“This is all I have,” Abbas said nervously.

He knocked him down again and yelled,

“You liar, tell me where you’ve kept the rest of the money.”

“This is the only money I have. I swear to God. I don’t have anything else.”

“I’ll give you only two minutes or I’ll kill your wife.”

“For God’s sake, I swear I don’t have any more. This is all I have. I’m not lying. Please believe me.”

“Believe you? You mother f***r. You sold your car to a car dealer at 7pm this evening for Rs500,000 and now, you don’t have the money?! Why should I believe you? You couldn’t have put the money in the bank because the banks were closed. Now tell me, where have you kept the money?!”

“I gave Rs400,000 to a nearby money exchanger, as soon as I sold the car. He’ll transfer the money to my son who studies in the UK so that he can pay his tuition fee. With the other Rs20,000, I bought a mobile for him, which is on the shelf. I swear to God, I’m not lying. I can show you the receipt of the money exchange, if you want!”

Abbas walked to the shelf, grabbed his wallet and took the receipt out.

The other man, now restless and agitated said,

“No! We can’t go! I need to inform him, otherwise he will ask for his share too,” he snapped back angrily shoving his hand inside his pocket to get the mobile out.

After a few seconds he said,

“Why?” asked the person on the other side of the line.

Within two minutes, someone knocked at the main door. Abbas rushed to the door and could not believe his eyes. In walked a policeman, dressed in full uniform. For a moment, Abbas breathed a sigh of relief. He thought the officer was going to be the knight in shining armour who would put this entire ordeal to an end. But boy was he wrong!

“This man only has Rs80,000 not Rs500,000. He says he gave the rest to a nearby money exchanger who will send the money to his son with which he will pay his tuition fee. Here is the receipt. And with the remaining Rs20,000 he bought a mobile for his son,” the burglar said.

“Where is the mobile?” the policeman asked.

“Here you are, Sir,” said Abbas, baffled, as he handed him the mobile.

The policeman slipped the mobile in his pocket and asked,

“Where is the eighty thousand?”

“It is with me,” said the burglar.

The policeman in the meantime turned to Abbas and in a low voice, reeking of a threat, said calmly,

“If you ever speak a word of this to any one, I will make sure these people come back just to kill you and your wife. Is that understood?”

With that, the policeman and the burglars together, left the house through the main door and drove off in different directions.

I remember a Muharram in Quetta when we lived peacefully...