Mother’s Day: Why can’t I meet my children? 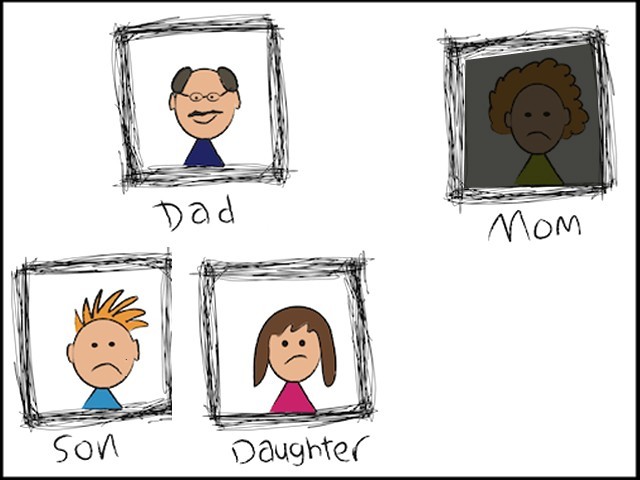 Non-custodial parents are not offenders or criminals. If going to court for justice as law abiding citizens when all else fails is a crime, then we pray for some leniency, Your Lordship.

They won’t let me see my kids. Failing at marriage is an excruciating affair, but not a punishable crime. So why do we witness so many families suffering endlessly when there are four guardian courts working in Lahore alone?

Is it the workload, absence of supporting law or mere lack of implementation that keeps a child from meeting one of the parents?

None of the people I meet understand why I cannot see my kids. Even a sick-minded killer, an abuser or an addict has a right to meet his children under supervision. The law governing custody issues does need amendments, but it’s the interpretation and practice of that law that is truly senseless.

I, as a standard custody litigant, approached the court to complain that I was denied access to my children by my former husband. The respected judge, seeing the children as no different from lifeless objects, ordered that the possessing party may keep them for the time being.

The speedy disposal of cases brought me down to this court, which is supposedly considered the “guardian” of children. However, for the past five years, my visits have been denied repeatedly under my ex’s ‘interim’ custody and the court doesn’t seem to mind that at all. The ratio of my actual contact with my biological children is, till today, roughly 0.5% of the total time.

After missing out the 99.5% time of my 11 years away from my daughter and son, what bothers me more than the custody itself is the whole idea of the mala fide visitation sentence (MVS). Please help me understand how being raised by one parent is a ‘welfare to the minor’ when the other parent is dying to meet the child? Why is this idea being shoved down our throats?

The standard MVS for a non-custodial parent and child is two hours a month, though this varies from case to case. Violation of the MVS from the non-custodial side may be considered a grave offense; however, if the custodial parent does the same, he/she just gets a hard slap on the wrist.

When you meet your child after a month, you want to live those two hours with them to the fullest. However, during that short time, while you are having a one-sided conversation with the estranged child, you are torn between what human instinct directs you to do against what the judge has dictated. It kills you to watch the child suffer and you seriously consider not seeing them again to end their misery. That is the precise point the poor brain, failing to handle it all, goes numb. To an onlooker, you look aloof and indifferent to the situation. True; you really see no point in living anymore!

What does meeting your own child after a few months feel like?

Same as the very first time you held them after a long labour. Your hungry senses absorb every detail; shape of the nails, colour of their hair, the way they move or gaze at you, how they bite at their cookie, how soft or warm or textured their skin feels and much more. The visual images cling to your mind till the next meeting takes place.

Like many non-custodians, it happened twice that my meeting with my child was delayed; at times, it would take place after 12000 hours (500 days). And when I do meet my children after so long, they seem like completely different people.

When I met her after a long break, my daughter was so much prettier and taller than the image I had in my head. I was awe struck to see that truly poised young woman who, till our last meeting, used to sit in my lap. Sadly, though, her lip gloss and kajal (eye-liner) made my heart mourn at the loss of the time lapsed.

In those few minutes, from not knowing which grade my son was in to hearing the news that he had scored 14 A’s in his O’ levels, I felt a thousand heavy trucks hitting me one by one. My analogies may be crazy but forgive me; I am a scarred being, trying so hard to act graciously around a freshly-shaven, Axe-smelling young man, my son, who is now a foot taller than me.

Non-custodial parents are not offenders or criminals. If going to court for justice as law abiding citizens when all else fails is a crime, then we pray for some leniency, Your Lordship.

Head of the Ceramics Design Department, NCA, a Fulbright Scholar and a manager of My Foundation,an NGO fighting for the rights of children separated from their non custodial parents.