Sawan Masih: Another injustice in the name of justice! 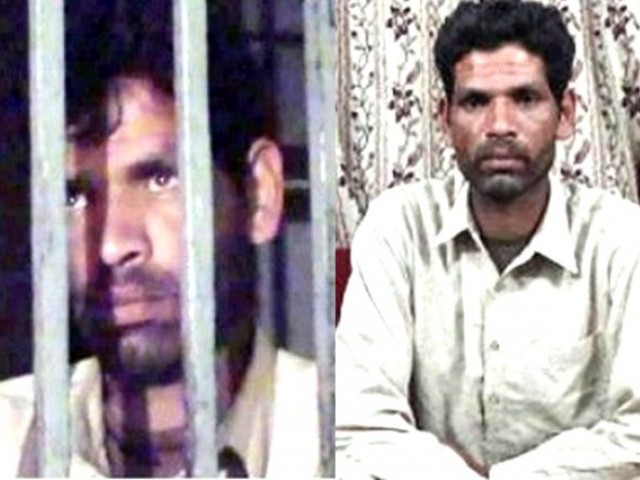 Like our public, our judiciary appears to be biased against minorities as well. But in cases such as Sawan Masih's, there is more than prejudice involved in the miscarriage of justice. There is fear.

It appears that the public would rather Sawan jaey, than Sawan aaey.

Sawan Masih, 26-years-old, a poor cleaner and the father of two, was arrested last year for allegedly uttering blasphemous remarks during an argument.

He protested his innocence saying that there was a property dispute concealed under the accusation of blasphemy but to no avail. Sawan and his family lived in Lahore’s Joseph Colony with other Christian families, clustered together for safety.

Unfortunately, the numbers on ‘the other side’ were far greater.

When the above event occurred, a mob composed of some 3,000 people attacked Joseph Colony for several days, forcing the inhabitants to leave. When this mob destroyed a hundred homes and some churches, they were not considered to have committed blasphemy.

In stark contrast, when Prophet Muhammad (pbuh) himself was attacked every day by an old woman and she failed to appear one day, he actually visited her to make sure she was okay.

The events surrounding Sawan Masih’s arrest created two separate sets of law suits – the first against the people who destroyed Joseph Colony and the other against Sawan Masih himself. Of the first, some of the people have been released on bail while cases against the rest are still in progress very, very slowly.

However, in the second case, that of Sawan’s, the courts moved much faster towards an even more questionable judgement. He was sentenced to death last Thursday by the additional district and session’s court and fined Rs200, 000.

Should anyone be sentenced to death without material evidence and on such grounds?

Although death sentences are rarely carried out in Pakistan and Masih is entitled to two, if not three appeals in higher courts of law, it is unlikely that his family will be able to pay the fine and it’s very likely that this father of two will languish in prison like Aasia Bibi, also accused of blasphemy before him.

Like our public, our judiciary appears to be biased against minorities as well. But in cases such as these, there is more than prejudice involved in the miscarriage of justice. There is fear.

Not everyone is as brave as Salman Taseer.

Sawan heard the verdict against him in jail because the judge said it was unsafe for Masih to appear in court that day. Judges are also afraid for their own safety in cases such as these. Remember, this is the same issue which led to the murder of Salman Taseer, Governor of Punjab, when he criticised the country’s blasphemy laws following Aasia Bibi’s arrest, after which even lawyers from the Punjab Bar Council garlanded the man wielding the gun that killed him. A couple of months later, the Minister for Minority Affairs, Shahbaz Bhatti, was also shot when he spoke against Aasia Bibi’s arrest.

Punjab has seen the most persons accused under the blasphemy laws of the country and many of those accused have been children.

Everything about these cases is bizarre such as when a mentally challenged child was accused of blasphemy and arrested. However, equally bizarre statements from the ‘other side’ go unchallenged such as when the prominent leader of a religious party called for a major religious book that Muslims believe in too, to be banned, saying that it contained ‘blasphemous’ material.

Moreover, repercussions on accused persons have been dire. At best, they are forced to flee the country while others languish in jail such as Aasia Bibi. And a far more unfortunate many are killed while in custody or still on the outside.

However, in several of these cases it was not just the accused who was killed but also the judge when he failed to sentence the accused to death. It is for this reason that blasphemy cases are often passed down like hot potatoes to lower courts until finally one does the dirty work by passing a death sentence like in Sawan’s case. The case is then passed up again for an appeal.

Injustice, then, is no surprise.

“At his best, man is the noblest of all animals; separated from law and justice he is the worst.”

And this is what we have become.

The people of any country look to the courts to provide them with justice and to the security forces to maintain peace. When a country is paralysed by militants, and courts and peacekeeping forces are unable to function, it leads to schisms – this side versus that side. It leads to unrest and lowered morale. And if there is no guarantee of protection or justice, for minorities or majorities, people tend to take the law into their own hands.

There is something about justice that we all need to understand – it must be seen to happen otherwise it leads to unrest. On the other hand, when it is so clearly seen not to happen, it leads to much worse than mere unrest.