Cheeekh-Speak Up: Plagiarism in the name of ‘freedom of expression’ 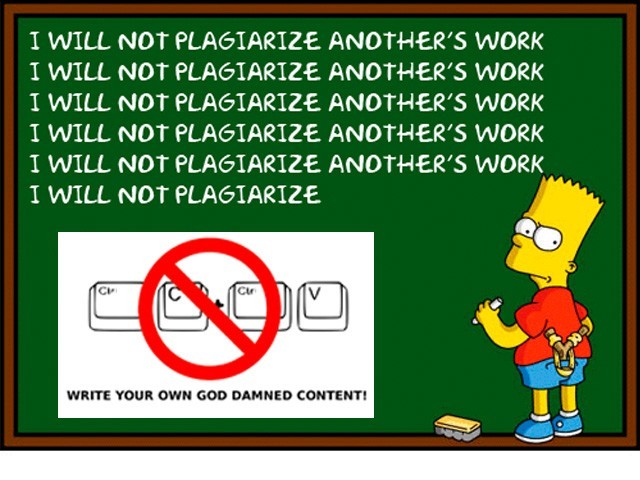 The educated youth of today are unable to distinguish between plagiarised and original content, or to ask for the least, properly accredited ideas.

Freedom of speech is a much touted phenomenon in the society today. However, along with this freedom comes the responsibility to recognise original content as well as the conscientious use of someone else’s opinion.

Surfing on the internet one day, I came across a post shared on Facebook by a non-profit organisation called Cheeekh-Speak Up. Skimming through, I was shocked to see a post from my personal blog site published there as a contribution. What was even more appalling was that it had been published without any credit or link to my page, making it seem as if I myself had contributed to their site.

As much as I racked my brain, I couldn’t remember ever sending a post about my birthday to the aforementioned platform. Moreover, I couldn’t remember receiving an email or a request from the admin of this website stating that they were taking something from my blog, let alone asking me for permission.

But my grievance became as insignificant and vulnerable as my blog when I saw that the organisation in question had the audacity to take content from a national newspaper The Express Tribune’s blogs page for their website and carry it as if the writer had contributed it to them. Familiar headlines forced me to cross-check some of the pieces with those on ET blogs. They turned out to be copied word by word, with no credit to the paper whatsoever.

Not only were the posts taken from ET’s blogs page, they were quite conveniently categorised into sections exactly the same as ET’s layout!

As enraged as I was, I decided to probe further and opened the ‘About’ tab on their Facebook page to find the mission of this organisation. According to the mission endorsed on their page they claimed to be an upholder of freedom of expression and diversity of opinions.

What kind of plagiarised, poorly sourced freedom of expression is this?

By now I was convinced that this was a product of sheer ignorance. However, I was up for some more surprises. The founding team was unfortunately associated with a reputable educational institution in the country – National University of Science and Technology (NUST). Considering the whole team was a part of the university, this could not be some obscure, unknown venture.

Was there no one to inform these young people about their unethical actions?

This is the last thing we would expect from university students – especially young people promoting fruitful ideas and encouraging their expression in society. Although this seems like a professional venture, with a well-organised team, departments, external representatives and so forth, what stands as the basis of any initiative – its originality – is completely absent here.

Was it really that difficult for a group of students to gather authentic content, especially when they have access to many young and educated people at NUST who could contribute?

“Freedom makes a huge requirement of every human being. With freedom comes responsibility.”

Unfortunately, our ‘educated’ youth today seems to crave only the freedom with no regard for the responsibility it brings. Not only are they are unable to distinguish between plagiarised and original content, they don’t even have the honesty or feel the responsibility to seek permission for carrying someone’s content and giving credit when it is due.

If this is the mind set of our educated youth belonging to accredited universities, I shudder to think of the future of this nation.

The author is an International Baccalaureate graduate, studying Policy, Politics and Law at American University, Washington, D.C. She tweets as tweets @mahamkhanum (twitter.com/mahamkhanum)

If Hindi is a threat to our national and regional languages, what about English?

We don’t know the Qaumi Tarana any better than Shafqat Amanat Ali!

Admission packages and taking students for an expensive ride

My encounter with guns as an 11-year-old