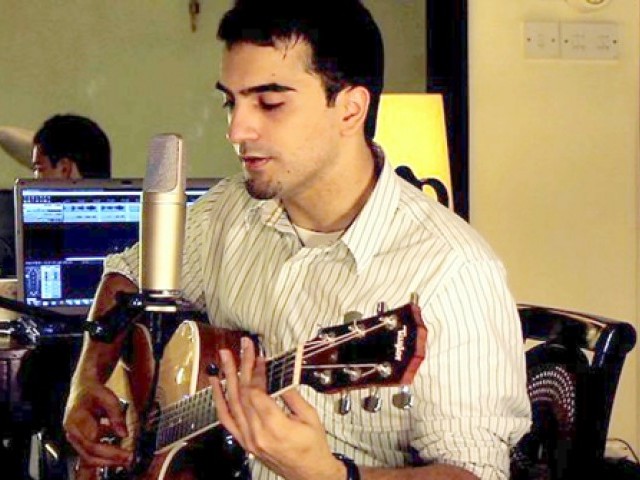 A few of the bands that I grew up listening to were U2, Nirvana, Matchbox Twenty and Lifehouse, among others. The genres of these bands included rock, alternative rock, post-grunge and elements of metal in their songs. I remember attending rock fests that were held in Lahore during 2002 and 2003. They featured some rocking underground bands that were quite awesome, to say the least. Bands like EP, Aaroh and Call are some that I recall playing live at these fests, before they achieved mainstream success in Pakistan.

However, almost all the songs sung by the bands that went on to receiving commercial success were those who performed the genres in Urdu. I had wondered then if we would ever have a band or an artist who would perform in English and deliver the same level of brilliance.

I put my silent wishes to rest, considering that perhaps there isn’t an audience for what I had been searching for in Pakistan, even though the rock fests were sold out events featuring bands that did perform in English as well.

In 2004, I came across the video of Never Change by an alternative rock and metal artist on Indus Music (now MTV Pakistan). Taking the bull by its horns, as they say, this one Pakistani artist stood to put my demons of alternative rock and heavy metal to rest – that being Jehangir Aziz Hayat. His single, Never Change, received a nomination by Indus Music, making him the youngest artist to earn this honour.

I got to know Jehangir in 2005. At first glance, I found a guy who was humble and quite soft-spoken. He didn’t give me the Kurt Cobain look from anywhere. Little did I know at the time that, years later, this budding new artist would be creating waves in international music forums. Despondently, he hasn’t been given due coverage in Pakistan. This brought me down to penning a piece; an introduction for a musician who thrives to captivate his audience with his aggressive yet melodious vocals and compositions.

Jehangir hails from Peshawar. Now who would have thought that our very own version of Shaun Morgan or Phil Anselmo belongs to the land of the ‘Robert Sandal’?

One thinks of Namak Mandi and Karkhano Bazaar whenever Peshawar is mentioned. Metal and alternative rock are not on the menu of the infamous Tikka walas’ (Tikka sellers) menu yet; infusion of the unruffled elements of the Pashtun mores with Jehangir’s raw overtones makes his music standout.

He received three awards at the acclaimed Indie Music Awards in 2012. In February 2014, ReverbNation, the popular international music site, listed Jehangir as a featured artist.

And yet, there was no sign of him being recognised in Pakistan.

Now this makes me wonder, why such terrific talent isn’t acknowledged in Pakistan.

Perhaps, it is the lack of an audience for such music or maybe we are waiting for him to be selected by some indie-film maker who will have his music featured on an Open Source Track (OST). Then we will crib about how our musicians end up getting more acclaim abroad and why we don’t appreciate them much.

Music came naturally to Jehangir, prior to finishing grade school. His family proudly calls him ‘the prodigy of the clan’.

When it comes to artistic ventures, I personally think that family support is a commodity that does not run rampant in our subtly regimented culture. Nevertheless, luckily for our grunge maestro, support has been the hallmark of the Hayat family. Sarmad Ghafoor, a prominent musician, has been Jehangir’s mentor and has mastered the two albums that he has released.

Sterling guitar riffs, coupled with his edgy yet soft vocals that are empowered with intense emotion and impeccable song-writing, are what you will find in his music.

Jehangir’s debut album, Read between the Lines (RBTL) (2009), is a mix of subliminal tones that fuse with the tranquillity of his vocals.

“The lyrical content of that album was based on the challenges and struggles faced by my father and how that, in turn, affected my perception towards life. It had a lot to do with the process of breaking the childhood bubble of serenity and security while coming to terms with the unpleasant”, he told me candidly.

Light the Fuse, Guardians of the Gates, I Remember and the award winning song, Pretend to Be are a few of my favourites from the album.

His second album, Above the Fray (2014), is more of a silent departure from the first album.

The songs presented carve out a new path of Jehangir’s musical growth and dwell upon the influences that have sculptured his life.

“Above the Fray’s content is probably the evolutionary step needed in my personal development as an individual and an artist. The music collectively doesn’t represent a concept album, as RBTL was. The tracks in the new record have to do with all the different instances in my life and how I perceived the scenario then,” Jehangir explained to me during our conversation.

Songs like What Makes Me Happy, Seems So Sound, Doing Alright and Calling On, among others from the album, are surely on my playlist.

Jehangir has also performed in an associated act with a Pashtun Rock band called Marg. It’s rather difficult to imagine that a pure metal/punk Pashto band exists.

When I delved into the meat of the matter, it was clearly evident that Marg focuses on creating music that defines unique societal issues. Haqeeqat, a popular song of the band, features Jehangir’s vocals.

Safyan Kakakhel is the lead artist of Marg. Safyan adds his own experience on having Jehangir’s vocals in Haqeeqat by saying,

“I felt that the chorus of the song needed additional energy. Jehangir’s powerful voice was the perfect tool to give the chorus that much needed boost of energy.”

Saad Salman, the lead drummer of Jehangir’s second album, in a tête-à-tête with me, exposed what it was like creating music with Jehangir.

“Working with Jehangir was, and still is, extremely easy. For the album, he gave me complete creative freedom – which is always a good thing. He’s neither demanding, nor egoistic; either way, working with him has always been smooth sailing.”

Jehangir, Saad and Safyan get together often for their jam sessions. When I asked Jehangir about these sessions, he quips saying,

“It’s a whole lot of fun! Honestly, we aren’t entirely effective with translating those jams into actual recorded tracks. Invariably, we end up watching a series or a movie – with pizza. The ‘pizza’ part is very important. Did I mention the pizza? Yes, the pizza!”

So there you have it. A talented musician with incredible control on his vocals, a firm grip on those six strings and a penchant to be a stand-out songwriter. Jehangir Aziz Hayat is all that one should expect from an alternative rock and metal artist. Yet, Pakistan has refused to give him the credit he deserves.

Isn’t it a shame that unless our local artists are picked up by the international fraternity we don’t give them the time of day? Perhaps, that will change – and the day it does – we will unearth all the hidden talent Pakistan has to offer.

Till then, hear Jehangir’s tunes on SoundCloud and catch him on his official Facebook page.