Give our cricketers opportunities before we lose them to other countries! 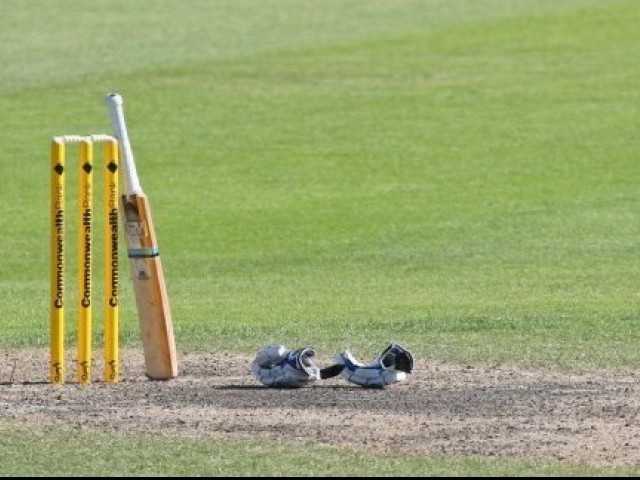 I remember how Raziq Khan was the best cricketer in our village 10 years ago. Whenever he came to the pitch, everyone in the crowd would stand up in excitement and wait for him to play his mind-blowing shots. His fans would chant “One more six, One more six”, egging Raziq on to play with all his might and surely, whenever the time came for him to perform, he never disappointed his fans.

He was famous for his phenomenal batting and would hammer the bowlers by hitting balls to all corners of the ground mercilessly. There was a famous story about Raziq in our village that was often narrated to every youngster who planned to enter the sport. It had the perfect blend of motivation and miracle to encourage and bewilder youngsters who idolised him.

Once, when he was batting during a crucial inning (or whatever passes as crucial for a match being played in a rural village), he managed to hit four sixes on five balls in a single over; he was moving forward in full swing. The umpire, unknowingly, declared it the end of the over and Raziq corrected him laughingly and said,

He had said this with such confidence that it made many think that perhaps he was being too arrogant. However, the next ball he played also turned out to be a magnificent six and the crowd went wild. After this, his story became the talk of the town. Even today, our villagers revel while telling his story to the younger generations.

Raziq was passionate about his game and soon he made his way into the Pakistan Under-19 (U-19) team. However, after playing in this team for some time, he came across many instances of politics, favours and undue favouritism in the U-19 management and he realised that this was not the cricket he was passionate about. The cricket here was adulterated by greed and corruption, where merit wasn’t given its due appreciation and people ignored good players who didn’t have connections with influential people.

Hence, he decided to leave the team and go to the United Arab Emirates (UAE) to try his luck.

He went there on a visit visa, started working there and soon found a few cricket clubs where he could practise his game without any nepotism involved. Cricket meant everything to him and he was happy to be able to play his heart out without any issues. He continued representing several clubs and is still one of the best club players in the UAE.

Firstly, why wasn’t he given the opportunity to represent Pakistan in the international arena even though he was so gifted with his abilities? And secondly, how long will corruption and favouritism decide the fate of cricket and bring forward talentless players as replacements for genuine cricketers?

A few days back, I saw a video over the internet that showed that 36 Pakistanis were playing in the recent T20 World Cup and out of these 36, only 15 represented Pakistan while the rest were representing other countries. Talented Pakistani players are leaving their country and playing for other nations; this is truly alarming and needs to be seriously focused upon by the Pakistan Cricket Board (PCB) and other cricket clubs in Pakistan.

Clearly, we are doing something wrong. When cricketers aren’t given a chance to shine and prove their worth, something like this is bound to happen. Many of these 20 plus cricketers must have tried playing for one of the cricket clubs in the country but just like Raziq, they were forced to leave because of the lack of opportunity they faced.

This is not the story of just one guy who made his name in another country – it’s the story of every Pakistani who has ever tried to show his/her talent but was never appreciated due to corruption and personal likes and dislikes.

I have seen a lot of talented cricketers, footballers and even hockey players while growing up and I have always idolised them and wished that I could play like them. But now, when I visit my village and look for those gifted players, I don’t see them anywhere. Instead, I hear about how many of them have left the country and are now working as carpenters, masons or security guards in the Gulf States, hoping to find a way in to the sports clubs present in those countries.

I can’t help but ask why no one provided these amazing players a platform where they could showcase their talent as well as earn a respectable income to support their families? We do not realise the loss we have incurred in the shape of such great talent leaving us and working and playing elsewhere. Had these people been in the United Kingdom (UK), the United States of America (USA) or in any other developed country, they would have excelled in their respective sports and would have been treated like stars.

The club and league systems over there provide youngsters with enough financial backing and also give them an opportunity to get into their national teams. The process is very straightforward; if you have the skill and talent, you will go a long way. The British boxer, Amir Khan, had the talent and the system provided him a platform. Just imagine, had Amir Khan been born in Pakistan, what would have been the odds of him making it to a professional boxing career?

It’s time for us to change the system. We need a way so that our youth can earn while following their passion. We can start the league system here. I mean, if they can do it in the UK, then why can’t we do it here? The leagues in UK are arranged by sponsorships and players get their funds from sponsors, gate money, television rights and other such sources. We have a lot of local and multinational companies who will be willing to invest if such a venture was initiated.

This is the time for our government to step forward for the youth and give them a platform to perform. Our players just need a kick off, a nudge in the right direction. This is the best way to utilise the capabilities of the youth. Giving them laptops and loans are not the only solutions to their problems.

In this way, we can stop many Raziq Khans from leaving Pakistan and playing for other countries. Our youth’s misplaced energy needs to be cashed upon. With such opportunities, we can channel their strengths and abilities for the betterment of their towns in particular and for the country at large.

The idea isn’t an impossible one; we just need sincere efforts from the stakeholders, because ‘when there is a will there is a way’.

An electrical engineer from Nowshera and currently doing his MS at NUST, Islamabad. He is a die-hard cricket fan and loves to play, watch and write about cricket. He tweets as @amarshaidu