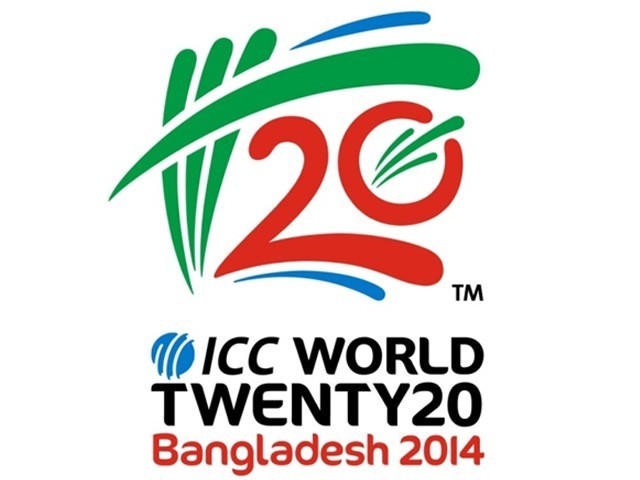 Pakistan won the 2009 World T20 so who knows, may be this is their year. PHOTO: T20WORLDCUP

In 2012, West Indies won the ICC World T20 final after defeating host Sri Lanka. Irrespective of conditions, Pakistan considers it its birth right to play in, at least, the semi-final of every World T20. Conditions are ideally suited for Asian champions, Sri Lanka and the ODI World champions, India.

The Aussies and the Kewis (New Zealand) are in hot form, especially in limited-overs cricket. South Africans are looking for their first ever title in world cups. England, down, dilapidated, desperate and defeated in recent times, will be looking to repeat their heroics from the 2010 World T20, when they lifted the trophy. Bengali tigers are at their best in T20 matches and will be savouring home crowd support.

With no clear favourite this time, is this the most competitive World T20 ever?

Australia, will they make it this time?

T20 cricket is all about firepower and the Aussies are brimming with it. With players like David Warner, Aaron Finch, George Bailey, the ‘big show Glenn Maxwell, Shane Watson, Brad Hodge, Cameron White and above all, James Faulkner, no other team possesses such striking strength in its armoury.

In bowling, they have the ‘red hot’ Mitchell Johnson, Mitchell Starc, Nathan Coulter-Nile and Brad Hogg. In my opinion, Australian selectors made the right selection for the first time in World T20 events. The key is that the most of the Aussie players are all-rounders.

Apart from the team selection, Australia has momentum. They have mauled South Africa and England with utmost authority in their recent Test and limited-overs series.

The Caribbean team is defending its title and it contains a gentleman in its ranks called Chris Gayle. He can destroy any bowling attack on any ground in any condition. Then, the West Indian team has the services of Marlon Samuels, Bravo, Smith, Darren Sammy and Sunil Naraine, who are proven superstars in T20 cricket. It is all about discipline for them. If they keep their act right, they will be hard to beat.

Nonetheless, who will not want to witness ‘Gangnam Style’ celebrations again, if the Windies defend their title?

Pakistan has never missed a semi-final berth in World T20 events. They won the title in 2009 while they missed one by a whisker in 2007, thanks to Misbahul Haq’s scoop against India.

Had Michael Hussey not turned into Hulk Hogan against Saeed Ajmal in the 2010 semi-final, plundering 18 runs in the last over, Pakistan would have booked a place in the finals for a third consecutive time.

Uncharacteristically, this time, Pakistan’s batting seems more assured while its bowling looks bleak. Apart from Ajmal, no other bowler has shown any form in the recent Asia Cup. But Pakistan has Shahid Afridi, who was in his superhot form two weeks ago during the Asia cup. But two weeks is a long time in Lala’s dictionary.

On paper, Pakistan has the best bowling combination in Ajmal, Umer Gul, Afridi, Junaid Khan and Mohammad Hafeez. Their batting is doing its fair bit as well. Let’s see how Pakistan turns out on the field in a tough group, alongside India, Australia and West Indies.

Reserve a semi-final berth for the Lankans!

No one can ignore the Sri Lankan side in any world events. They recently won the Asia Cup in the same conditions. They have professional and seasoned cricketers, who prefer ‘method’ over ‘passion’.

I will be surprised if they fail to reach the semi-finals, considering that they are in a weaker group which consists of England, South Africa and New Zealand.

In fact, a semi-final berth should be a walk in the park for the Islanders.

Yes, India failed to reach the finals in the Asia Cup.

Yes, they were recently humbled by the Kewis.

Yes, they were beaten by their arch-rivals, Pakistan in the Asia Cup.

But Bengali conditions have ideally suited the Indian spinners and batsmen. In addition, they are boosted by MS Dhoni’s return.

But it will be an understatement to call India’s bowling weak. In fact, it is their bowling that will define their fate in the tournament, unless, ‘sir’ Ravindra Jadeja brings forth some magic.

England might be among the ‘Big Three’, but their recent records are reprehensible. They lost the Ashes series in the worst possible manner. They are losing against the West Indians and it will be of no surprise if they badly succumb to the alien conditions in Bangladesh.

I fail to understand how the management can drop Kevin Pietersen before an important world event.

‘Choker-bells’ start ringing when South Africa starts their campaign in a World cup. This time, their team looks weak on paper too. For them to do well, AB de Villiers, Hashim Amla, Faf du Plessis and Quinton de Kock will have to perform exceptionally. I could declare their bowling as the best, had it not been the T20 format.

Of the three, Kewis look the most ascertained to reach the semi-finals. But for that, they will have to beat Sri Lanka, South Africa and England. It will not be surprising to see the Kewis thrash the latter two.

It should be Sri Lanka and New Zealand from Group 1. The other group, the group of death, is difficult to predict. I will go for Australia and Pakistan, based on their proven strength with batting and bowling, respectively.

After a few qualifying matches that will take place from March 16-20, the actual tournament kicks off on March 21, 2014. It cannot get bigger and better when the opening match is between Pakistan and India, especially after their heart-throbbing contest in the Asia Cup recently.

Thank you Faf du Plessis for showing us that the ICC cares... about you!