The ‘place’ for women is not just ‘the kitchen’ 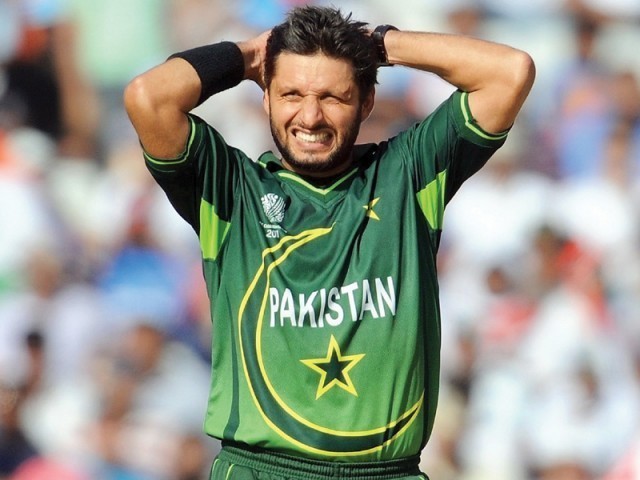 One doesn’t have to advocate ‘feminism’ or ‘masculinity’ to believe in gender equality – this only gives birth to more sexism. PHOTO: AFP

The term ‘male-dominated society’ does not mean (against common misconception) the subjugation of women to physical violence or having biases towards them. However, to say that it is nothing will also be a gross understatement. The term basically means an opportunity to attest and exhibit supremacy, in any form. Even a demeaning nod at the idea of an achievement by the opposite gender is as derogatory as the worst form of it may be.

One doesn’t have to advocate ‘feminism’ or ‘masculinity’ to believe in gender equality – this only gives birth to more sexism.

Sexism, like racism, should not be tolerated in society and be chastised. It is a typical patriarchal mentality of a backward feudal society dominated by the thoughts of old dogmas. Even in the Western world, where women are playing a role towards the development of their nations alongside men, especially in the field of science, technology and literature, this menace prevails.

The dilemma prone to our part of the world is that the benighted class, having sheer confidence in their ignorance, would bandwagon this issue on the basis of religion. And that too on the basis of Islam – which is perhaps the only religion that accords the utmost respect for the opposite gender.

Religion does not always seek logic, but if someone remains adamant, here’s one for them. I shall restrict myself to the divine examples from Islam’s glorious history.

One of the women during the Holy Prophet’s (pbuh) time, Hazrat Nusaybah bint Ka’ab (RA), also known as Umm-e-Umara, not only took an active part in many battles but defended the Prophet (pbuh) and struck fatal blows to the opponents with her sword and arrows in the battle of Uhud, when many archers had left the crucial and tactical position. Umm-e-Umara, whom the Prophet (pbuh) observed to be a better fighter than many men, was fierce in the battles and even lost one of her hands.

Hazrat Fatima (RA), the Prophet’s (pbuh) daughter, in the battle of Khyber, ticketed many non-believers to hell with a mere tent pole. Clearly, women are more than capable of doing anything they set their minds to.

I’ve been getting a lot of comments recently, one of which read,

“Why would our Air Force even hand over a multi-million dollar fighter jet to a girl, huh?”

Well brother, Ayesha Farooq earned her wings, can fly double the speed of sound and bomb the heck out to surgical precision – the mere sound of which would make you wet your chauvinistic pants.

Ayesha Farooq, 26, Pakistan’s only female war-ready fighter pilot, smiles during an interview with Reuters at Mushaf base in Sargodha on June 6, 2013. Photo: Reuters

The women of the North are not naïve of their potential and are contributing towards the evolution of the country. They are aware of the challenges such bigoted psyches pose and are eager to render this untrue, merely by their aptitude.

Samina Baig, from Hunza, has reiterated this very fact by surmounting the world’s highest peak, Mount Everest, being the first Pakistani woman and third woman globally.

Three young, determined girls hailing from different parts of Khyber-Pakhtunkhwa (K-P) are undergoing their training in Pakistan Air Force to join the elite force as pilots. This does not only put to rest the vague notion about the women of the North but also acts as a beacon of hope for all those willing to strive for the best.

The mere fact that these women come from conservative Pakhtun backgrounds contradicts any excuse used to defend Afridi saying he came from such a background and hence has this mindset.

I, myself, belong to the North of Pakistan, widely rendered as one of the most conservative areas and hereby shun this generalisation, for I am sure, this generation knows the difference between values and conservatism. We honour the former and rebel against the latter. This partisanship, hence, is only a product of the pseudo pride and selfdom, which must be cured in time lest we should lag behind in the comity of nations.

Respect begets respect. The ‘place’ for women is not ‘the kitchen’ only. You never can dictate a favour you were getting in the first place. If this doesn’t sum it up; probably nothing will, for there is no cure to narcissistic chauvinism.

The writer is Pakistan based adrenaline aficionado and he tweets as @RizTheWhiz (twitter.com/RizTheWhiz)