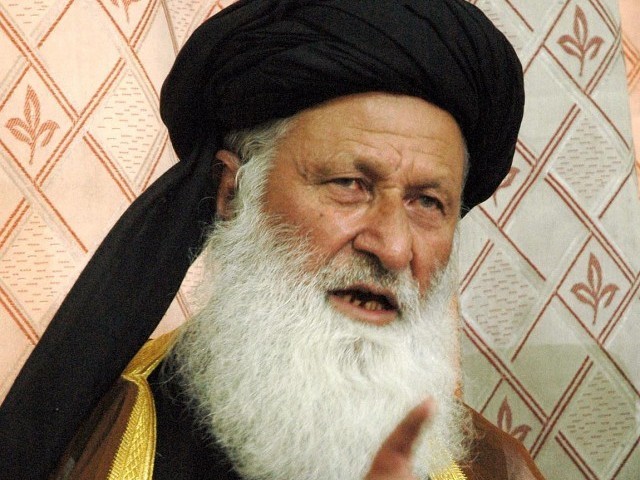 This ‘advisory’ body – which has remained dormant until its ineptness surfaced – has proved itself to only serve as a control mechanism as to how people should live and conduct their lives, as is the case with all religiously sanctioned forums. PHOTO: INP / FILE

In a more civilised society where progress is equated with innovation, technological advancement and competitiveness, the recent ‘suggestions’ put forth by the Council of Islamic Ideology (CII) and its band of brothers would certainly have been political suicide.

This ‘advisory’ body – which has remained dormant until its ineptness surfaced – has proved itself to only serve as a control mechanism as to how people should live and conduct their lives, as is the case with all religiously sanctioned forums. The clerics, who constitute the CII, and many of their kind elsewhere, have served one and one purpose only: societal control for self-fulfilment.

Because they know that there is no way they could ever win the public’s trust through the ballot, they employ arguments of divine intervention to further their case; play and incite people through their religiosity to either control and oppress them, or do the same through them. Through this control mechanism, they have doled out their ‘suggestion’ or ‘advice’ of how the fate of two lives must be determined – such people this country has given birth to, I dare say.

Reaching puberty – which varies from individual to individual – is in no way a measure of attaining maturity. Despite the lack (zero to be correct) of female representation (47% of our population), the CII and its very composition is that only of ostriches, who bury their heads in the sand before suggesting guidelines of how people should conduct their personal life, particularly in their bedrooms.

This good-for-nothing body, which is mandated to play an advisory role, only champions the hollow glory of the viewpoints of prehistoric men who absolutely have no positive contribution in the development of this country. The CII, born in the ‘good old days’ of Ziaul Haq as a result of his Islamisation spree, only serves the purpose of the outdated and out-of-favour clergymen who insist on making themselves relevant.

We cannot afford their toxic influence on young minds and a largely illiterate population who already remain exposed to extremist ideologies. Such statements and ‘policy suggestions’ will only help to perpetuate and solidify beliefs in those households that are adamant and find no qualms in marrying off their young. The end result will be: producing ever-more less productive members of society, boosting unneeded population growth with less and less resources to share and hunkering down an already burdened economy.

Let me dare say this: faith is not judged by its principles but the actions of its followers. The best way to preserve it is to make it individualistic, rather than mandating it through the state, for the imposition of religion leads to superficial observance. And when it comes to the clergy in this country, the faith itself has become superficial since it is being preached by superficial men.

Perhaps those suggesting early marriages are immature themselves.

Not only are they further tainting this country’s images but are also pushing our dismal human rights and human development rankings to a point of no return. As the Daily Times editorial suggests, the CII must be disbanded and relayed to the dustbin of history, where it belongs.