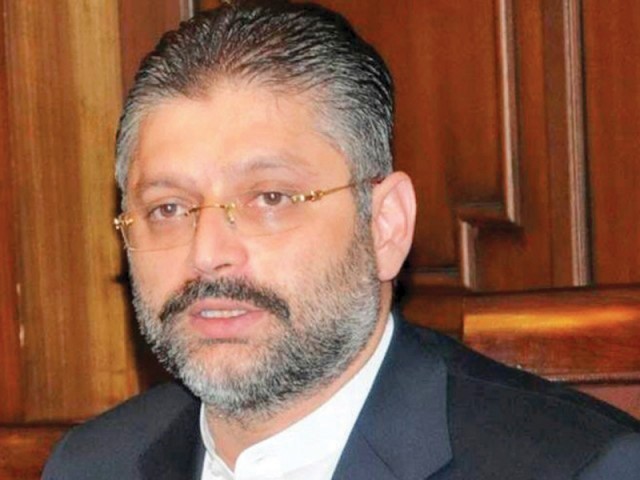 People of Tharparkar do not have clean drinking water and it makes one wonder what has been done to improve such basic needs. Looking at the indifference of Mr Memon, it seems that we will keep wondering. PHOTO: FILE

The Information Minister of Sindh, Sharjeel Inam Memon, has been advocating a conspiracy of false hype regarding the Tharparkar draught and claiming that the media is wrong. He even expressed his views on Waseem Badami’s show 11th Hour on ARY News:

This is a classic case of the ‘feudal mindset’ – how dare the voice of the poor reach the media? A feudal never likes that. This negligence is not really an inefficiency to perform; rather it’s a policy. A feudal likes it when people come to him with issues and if all their problems were resolved, how would he make them feel indebted to him?

Imagine a king sitting on his throne and no one from his realm comes to visit him laden with issues and pleas. The so-called catering to their subjects boosts their egos and makes them feel important.

The entire Sindh government comes across as uncaring about the Thar crisis on media and it seems that people dead or dying isn’t much to be concerned about. The information minister said,

Apart from stating the statistics, the information minister failed to explain what efforts were being made to prevent such calamities this year and in the years to come. It almost felt as if he was shocked to be questioned on such a ‘petty’ issue. His lack of concern was apparent when he said,

“Children die every day in all of Pakistan; why aren’t their deaths reported?”

If this is not feudal mindset, I don’t know what is.

People of Tharparkar do not have clean drinking water. Animals and humans drink from the same places. And it does make one wonder what has been done to improve such basic needs of people. Looking at the indifference of the likes of Mr Memon, it seems that we will keep wondering.

It is mind boggling if you try to understand why the Pakistan People’s Party (PPP) hasn’t improved its governance after facing miserable defeat in all the provinces except Sindh. And the only explanation is their feudal mindset. It’s in the DNA of PPP – this indifference to the plight of commoners – quite contrary to their claims of fighting for ‘roti, kapra, makaan’ (food, clothing and shelter) for the common person.

Even though they did win in Sindh, it also raises the question why things haven’t changed for the people of this province for decades. After all, PPP has ruled Sindh for so many years but it seems that the condition of people is still the same, if not worse. This feudal mindset is nothing but vindictive to the people of Sindh.

However, the PPP cannot take the sole blame here.  Other parties – the Muttahida Qaumi Movement (MQM), Pakistan Tehreek-e-Insaaf (PTI), Pakistan Muslim League-Nawaz (PML-N) and other political groups are equally responsible for this crisis since Sindh is a part of Pakistan. They must free the people of Sindh from this menace and provide an alternative. It is the responsibility of all political parties to educate the common people of their rights and provide them alternate policies.

People are dying and not only are measures not being taken to prevent this in future; it is being waved off as an everyday, acceptable occurrence. All political parties have failed the people of Sindh and it is time for them to unite and stop playing dirty politics just to maintain their ‘hold’ over people. Fighting media wars is one thing but now it is taking its toll on the future of the country.

If people continue to die the way they are, soon these feudals will have no one to rule over.

X-Men: Days of future past - Hollywood's version of DDLJ?